Hummingbirds, crocodiles, butterflies and owls are just some of the many creatures that are lighting up the Medellín skyline as part of the famous El Alhumbrado. This year’s theme “Colombia, a magical paradise of Christmas light” celebrates the country’s biodiversity; and with illumination on a grand scale, the capital of Antioquia expects to receive 87,000 visitors, among them 30,000 foreigners.

El Alumbrado is a spectacular achievement in electrical engineering and creativity with 26 million bulbs draped over parks and accompanying the flow of the city’s river – Río Medellín. Among other locations where spectators will be able enjoy the 35,000 representations of flora and fauna are main avenues, including La Playa, the downtown’s pedestrian walkway Paseo Bolívar and along the metro’s Tramvía de Ayacucho.

After 51 years of turning on the switch, if you’re in search of a tourism circuit that will fill the night with sounds and colors, Antioquia’s small towns also have their alumbrados, smaller but equally spectacular. 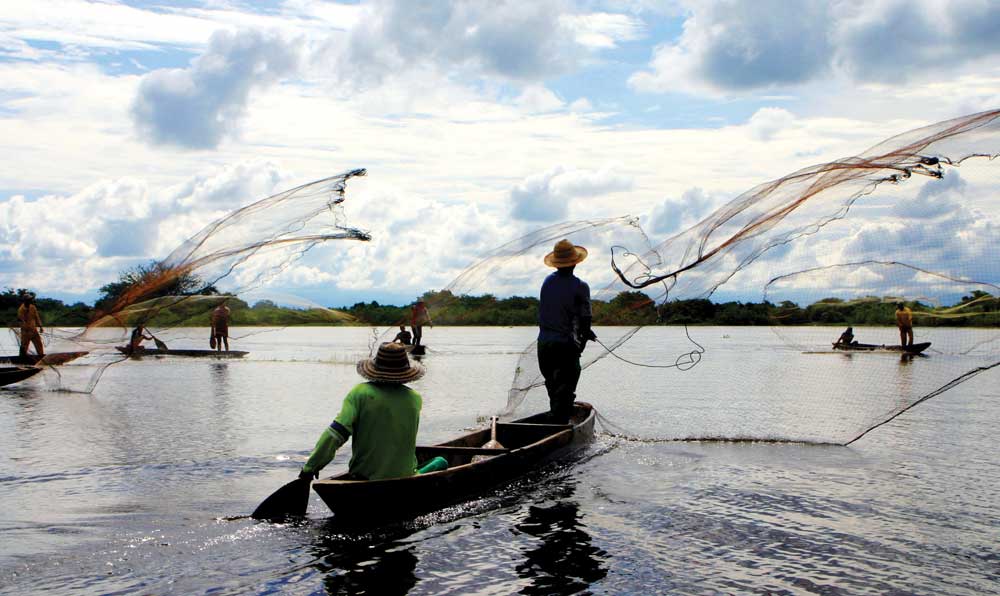 The fishermen of Llanito