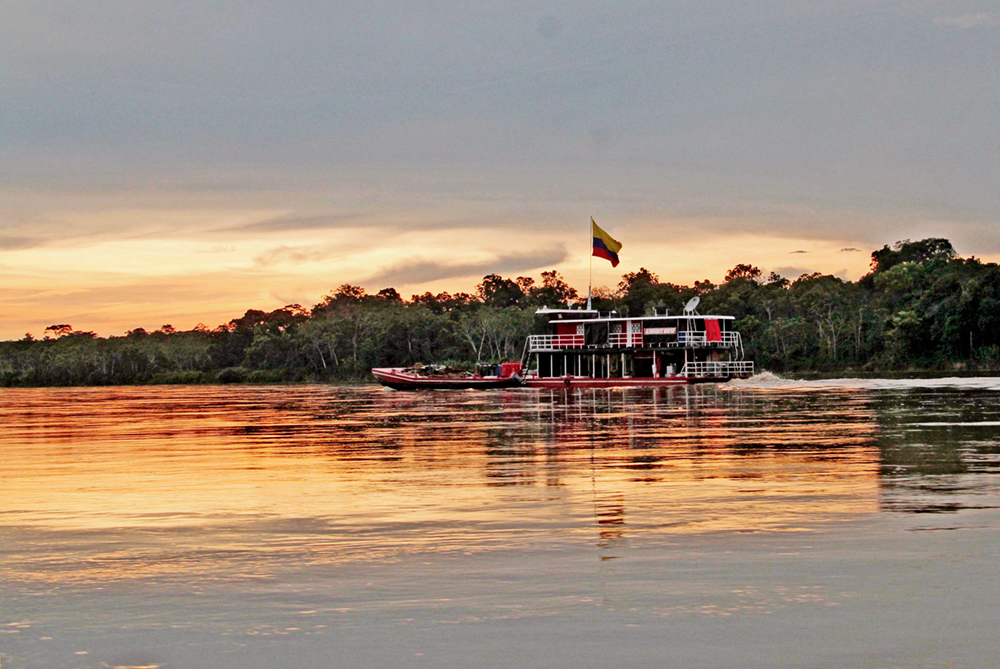 Born in the mist-covered wetland of Sumapaz in the high Andes, the Guayabero River joins the Ariari before becoming the Guaviare River in the department that carries its name. After winding its way through the plains of Meta with its rice, plantain and pineapple plantations, the Guaviare’s main port is San José del Guaviare, the departmental capital and a vital lifeline to hundreds of remote communities that dot the 1,500 kilometer flow to the Orinoco.

The Guaviare department was created as recently as 1991 with the country’s Constituent Assembly, which handed this frontier region political rights and powers to develop local industry, infrastructure and tourism.

The Guaviare is home to archaeological wonders, many protected by the tepuy rock formations of the Guiana Shield. Inhabited by the indigenous Nukak Maku, Jiw, Tinigua, among some twenty groups, this department is characterized by lush rainforest and lagoons abundant in cachama and dorado – two large species of freshwater fish.

The best time to appreciate the majesty of the Río Guaviare is at sunset, when riverboats make their way upstream to San José while flying the colors of Colombia.

Leading the way in Sonsón