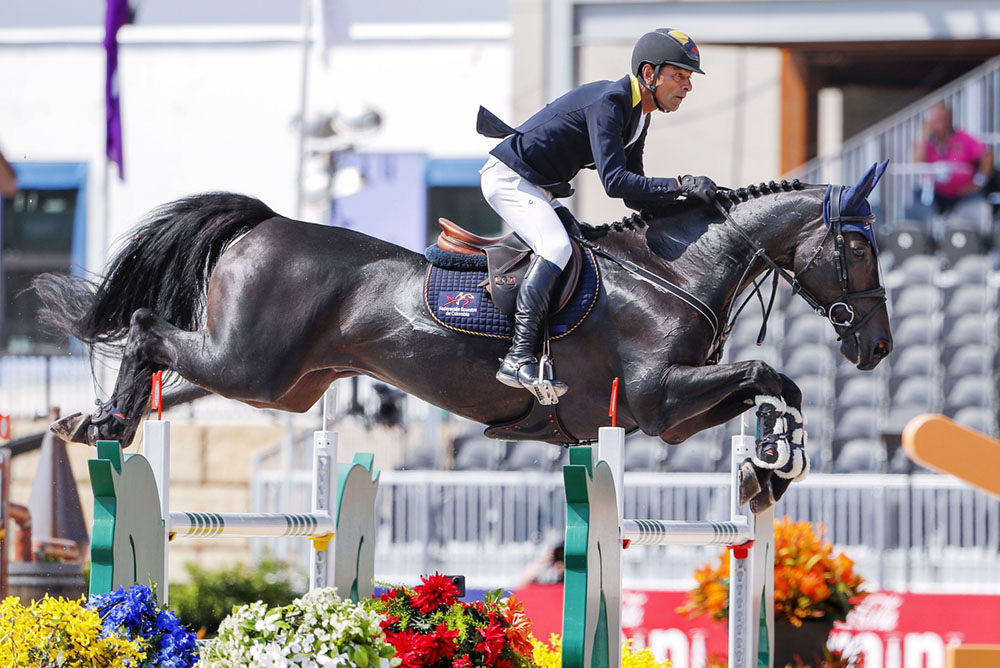 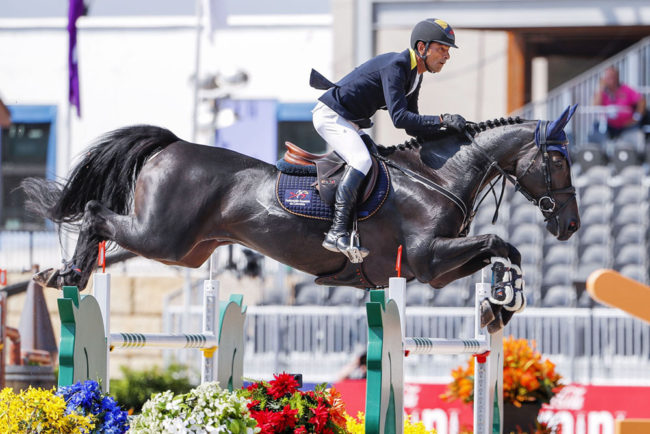 The Colombian Equestrian team was well represented last month at the World Equestrian Games, one of the biggest events on the global sporting calendar. Held every four years in prestigious venues across the world, Mill Spring, North Carolina, was the host of the 2018 championship with teams representing a host of nations, including Great Britain, France, Sweden, Brazil, Japan, U.S and Ireland.

The Colombian riders participated in all eight events, and showed their colors in jumping, dressage, endurance and vaulting. Cristina Mutis with CV Nobody’s Fool represented her country for the fourth time at the WEG in a discipline that required completing a 160km course with a specific time limit and optimal conditions for both horse and rider. Mutis made the front cover of The City Paper in June 2016.

In this Big Picture, Bogotá rider Carlos Enrique López takes to the air with Admara at the Tryon International Equestrian Center, coming in 29th in the world ranking of jumpers, and best Latin American ranked with the Federation. Other national riders included Fernando Cárdenas with Quincy Car; Juan Manuel Gallego with Fee des Sequoias; René López with Twing Du Veillon and Mauricio Ruíz with Dinky Toy.

In a stunning finish to roars from the home crowd, the U.S Jumping Team won the World Equestrian Title for the first time in 32 years and scored Olympic qualification. Italy also made history clinching the gold medal in the pas de deux category.

Big Picture: The umbrellas of Calle Angosto in Cartagena