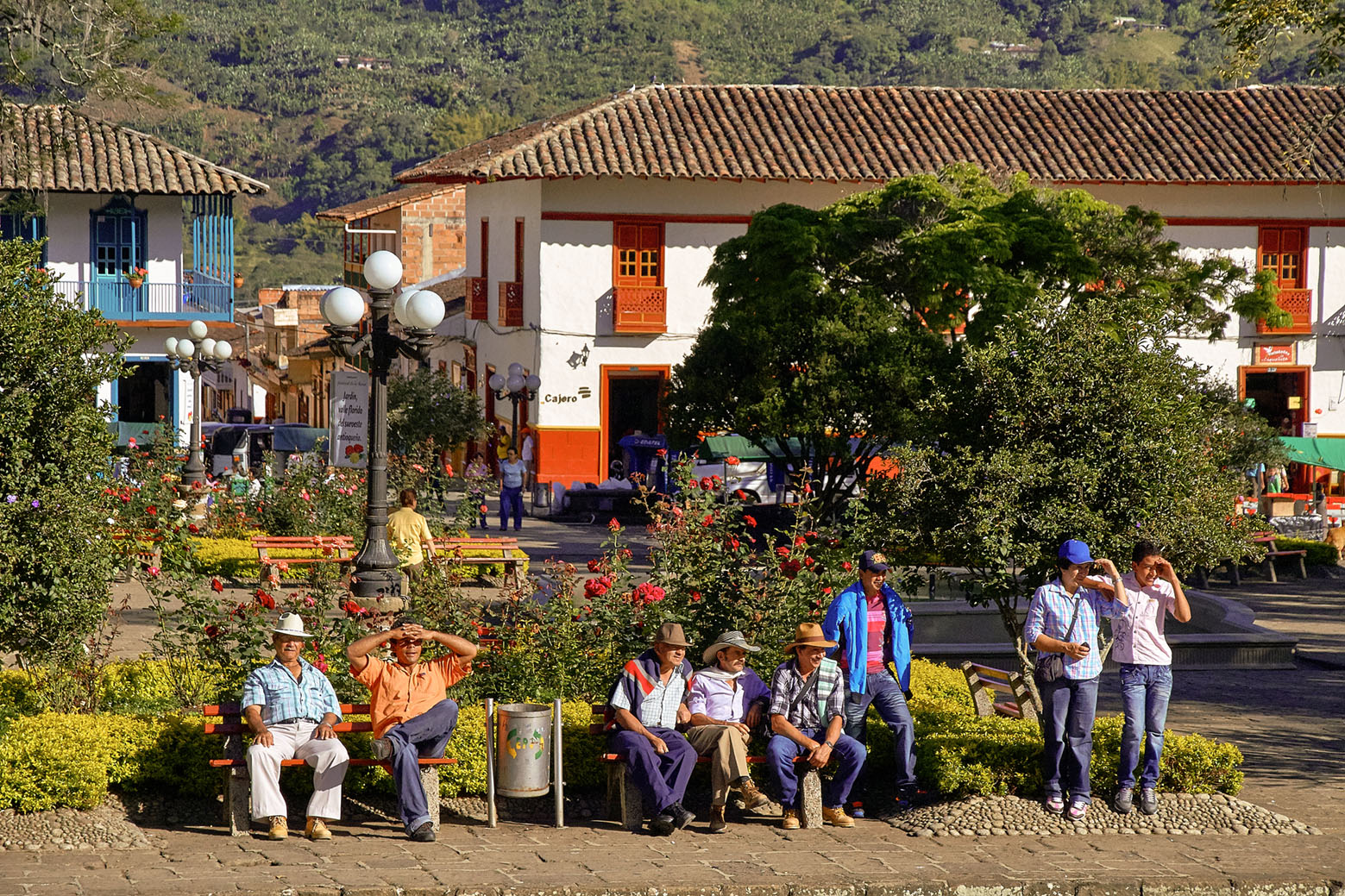 Many towns in Colombia can claim to take honors of being the most “visited,” most “colonial,” or “preserved.” But, which can claim to be among the “most beautiful”?

This recognition undoubtedly goes to a small town nestled in a corner of southwestern Antioquia, called Jardín, and a befitting name given its setting in the department’s fruit and agricultural heartland.

In this photograph taken by Pedro Szekely, a handful of locals can be seen basking in the bright Andean sunlight surrounded by flowering roses. The backdrop is the painted balconies so emblematic of this part of Antioquia, adorning two-tier homes that were built during the Antioquia colonization, term to describe the advance of muleteers in the mid 19th century, pulling oxen and cart to reach these fertile soils.

The farms of Jardin produce some of the highest-grade coffee, along with plantain, apricots, and a very Indian spice: cardamom.

Even though the town of Santa Elena, near the capital Medellín, is one of the largest flower growers in the department, Jardín, Jericó and Tamesis also cultivate their own, hosting every year a garden show to safeguard a tradition as endearing as the colorful tenacious workhorse of the region – the chiva. And we can only imagine in this month’s Big Picture that the campesinos aren’t just admiring the Pantone hues of their natural surroundings, but waiting for the arrival of another essential part of daily life, the open carriage inter-municipal bus. The colors of Cauca