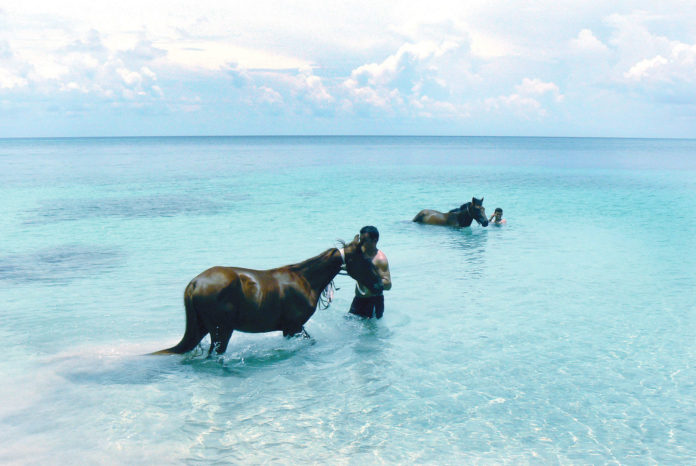 It seems almost yesterday that The City Paper was recommending end-of-year escapes, but with Holy Week almost upon us, we head to Pamplona, in the department of Norte de Santander, for some religious immersion and processions declared Cultural Heritage of Colombia.

Along with other cities that commemorate Semana Santa with purple hooded Nazarenes – Popayán and Mompós among the most famous – Pamplona is a town-and-gown city, home to many universities, museums, including a modern art museum that houses an important collection of sculptures by native son Eduardo Ramírez Villamizar (1922 – 2004), and considered one of Colombia’s most important artists. Holy Week in Pamplona includes a sacred music festival and Good Friday procession that begins at dusk in front of the Catedral de Santa Clara.

For Judy Parra of the Pamplona Chamber of Commerce, if there is one characteristic that defines her city, it’s the fog, and many visitors agree, given an altitude of 2,500 meters above sea level and a location in the Valley of the Holy Spirit (Valle del Espiritú Santo).

The protected wetland Páramo de Santurbán is a day’s excursion for serious hikers visiting Pamplona, but getting there does require a 4×4 to cross 70kms of rugged terrain. In this harsh landscape are rare genera of espeletias (frailejón) and orchids. Getting there: Bus companies connect Bogotá with Pamplona (Omega, Libertadores, Berlinas de Fonce) and the trip takes 10 hours through the rolling landscape of Boyacá, with stops in Tunja, Duitama, Soatá and Capitanejo. A one-way ticket costs $89,000 (US$28). Another way to reach Pamplona is via Bucaramanga and a three-hour journey along very windy roads.

Providencia is a diver’s paradise par excellence, and a great escape for Holy Week, if you can’t make it to another great – the Barrier Reef. Hemmed-in by an expanse of turquoise sea, the archipelago of San Andrés, Providencia and Santa Catalina has preserved its West Caribbean charm in architecture and music – reggae and calypso resounding from Old Providence’s ocean front taverns. For a beach day, head to Manzanillo, and for snorkeling Crab Key (Cayo Cangrego). Felipe Cabeza was Providencia’s first certified diving instructor and takes tours to explore the rainbow-colored wonders that lie underwater. When not basking in the sun or floating above swaying coral fans, enjoy the island’s traditional stew, Rondón, made with black crab, plantain, and coconut.

Getting there: A catamaran sails between San Andrés and Old Providence taking up to 60 passengers and a trip that lasts four hours when the sea is calm. A small plane also connects the island with San Andrés, but best book in advance to guarantee a seat. If you head out early in the morning to South West Bay you can watch one of Providencia’s popular sports: beach horse racing.

Once off-limits to foreigners given its reputation as the village that hosted the failed peace talks between the Colombian government and Revolutionary Armed Forces of Colombia (FARC) guerrilla, San Vicente del Caguán is looking at tourism as its post-conflict source of revenue. A group of former FARC combatants, among them José Gamboa, have taken courses to become official tour guides, and now certified by the International Rafting Federation. “I have the dream of going to Australia to represent my country in rafting,” says José who joined the guerrilla aged 12. Among the many outings the young men offer during Semana Santa is birdwatching in a dense tropical jungle, rappeling and rafting down the Level 4 river Río Pato.

Getting there: Fly to Neiva (Huila) and with direct bus service to San Vicente, you can be there in three hours. Check regional airline Satena for the days in which they fly from Bogotá and special offers. If interesting in booking a rafting expedition contact: caguanexpeditions.co

Referred to as the Fruit Capital of Colombia, Mariquita in central Tolima was home to the Royal Botanical Expedition between 1783 and 1816, led by the Spanish priest-turned-naturalist José Celestino Mutis. Today, the house where Mutis and his scientific crew set up a base camp still exists and inside this colonial home are glass exhibition cases where visitors can examine butterflies, insects, as well as illustrations by the expeditionaries. Enjoy a few hours in the Casa Mutis before strolling through town and enjoy a fruit juice made from mangosteen, grown in the Middle Magdalena. A hard shell fruit increasingly coveted by some of Bogotá’s best chefs. Among the many tourist plans close to town are the Medina waterfalls for cooling-off from the heat and horseback riding along the trails of a dry forest. As the City of Bridges, Honda, is only 30 minutes away, take advantage of the short distance (21 km) to have dinner in one of the many fish restaurants over-looking the Magdalena River.

Getting there: Honda is well serviced with buses from Bogotá, departing every hour. The average price of a one-way bus tickets is $30,000 pesos (US$10).