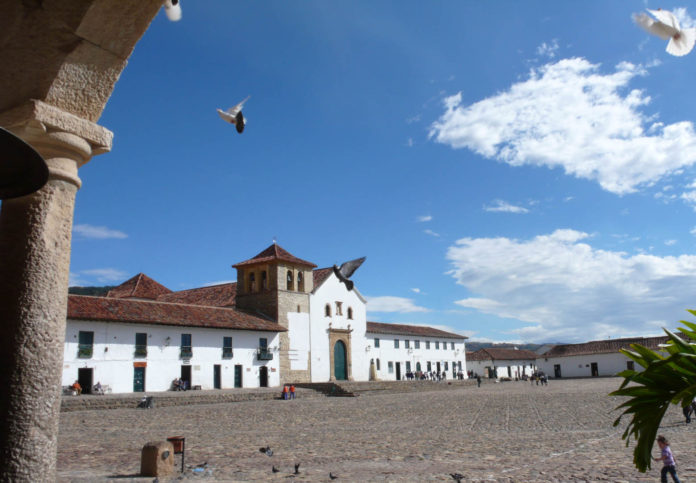 Finding last-minute, end-of-year escapes in Colombia can be challenging if you missed a Black Friday seat sale, or can’t break away from the office in the pre-season travel rush. We’ve decided to give a few pointers on places where one can enjoy both stunning landscapes, and indulge in the local culture without paying a hefty price-tag. We begin in a Rock City that rocks!

The capital of the department of Guaviare is connected to Bogotá by road, and from Villavicencio onwards is flat and paved crossing 260 kilometers of agricultural heartland for pineapples and African palm. Once you’ve descended from high-latitude Bogotá to the capital of Meta, enjoy a smooth ride to San José del Guaviare at a junction of the Orinoco and Amazon basins. Overlooking one of Colombia’s most majestic rivers, Río Guaviare, from San José one can explore Ciudad de Piedra, a natural fortress of towering rock formations with stunning views of Los Llanos and the rugged mountains of the Chiribiquete range.

Home to many nationally registered travel agencies, there’s no shortage of adventure on offer, including a river trip to Lagunas del Nare where one can swim with dozens of pink river dolphins in their natural habitat. As there is a frequent bus service between Bogotá and San José del Guaviare, with a stop in Villavicencio, the trip can be done in under seven hours. This may seem like a bit of a trek, but the views and chance to admire rock art painted more than 11,000 years ago in La Lindosa makes San José del Guaviare a must-see destination.

Punta Gallinas in La Guajira has usurped the department’s most coveted beach, Cabo de la Vela, for its unbridled beauty. But, reaching this windswept community at the northern-most tip of Colombia is a full day from the capital Riohacha in a chartered all-terrain vehicle across dried lake beds and a lunar landscape prone to powerful sandstorms. Most visitors stay for at least three days in Punta Gallinas to enjoy the outback by walking the crest of the enormous sand dunes of Taroa.

Kite surfing in Bahía Hondita is a popular pastime for those with the right seafaring gear and experience at tackling relentless trade winds. The area’s main attraction is the Punta Gallinas lighthouse that has been reduced to ruin after more than a century of neglect, but hemmed-in by rocky coves and an ideal spot for watching magnificent sunsets.

Recommendations: Go with the RNT-registered tour company Kaishi Travel. If planning on spending the day at Dunas de Taroa give the orange T-shirted Dune Guardians (Guardianes de la Dunas) your coordinates as these indigenous guides know the terrain and how to deal with territorial disputes between rival clans. Be aware that tourists have recently been harassed for unknowingly trespassing this Wayúu sacred site.

Nestled in a paleontological dustbowl three hours north of Bogotá is Villa de Leyva. Known for its vibrant community of artisans and architects, many of whom traded-in the fast-paced urban lifestyle to transform red earth into pottery and hobbit shaped houses. Starting with one of the largest cobble-stones plazas in South America and patchwork of well-preserved colonial buildings, Villa de Leyva was founded during the 16th century by the Viceroys of New Granada in search of a retreat from the task du jour: conquest and conversion. As a result, there are more churches, convents, and monasteries in Villa de Leyva than in other UNESCO World Heritage Sites, making this town an ideal setting for sacred music festivals and to celebrate religious holidays.

With 12 long weekends set aside next year for Colombia, take advantage of Villa de Leyva’s close proximity to the capital, and enjoy its historical charm, as well as many outdoor activities that include horseback riding through La Candelaria desert, hiking to La Periquera waterfalls and best yet, enjoying a hearty bowl of Ajiaco soup in front of a roaring fireplace. Colombia doesn’t get more romantic than spending a couple of nights in Villa de Leyva.

Avoid the holiday crowds by finding a retreat in the foothills of the Eastern Cordillera, close enough to the capital in case of cabin fever, but far enough to enjoy the end-of-year festivities of a small town that include fireworks and setting Año Viejo dolls made from straw and pillows on fire. Colombian pueblos celebrate Navidad with plenty of bang, burn and buñuelos, and even though one may not be familiar with local traditions, towns such as Sasaima, Villeta, Choachí and Tocaima (all in Cundinamarca) offer affordable, clean and family-owned lodging to last-minute vacationers in search of warm weather, and chance to sit in the plaza in shorts and sandals. Something, one should never do in Bogotá. Visit www.luxuryhotelsguide.com for a comprehensive listing of hotels in Cundinamarca.