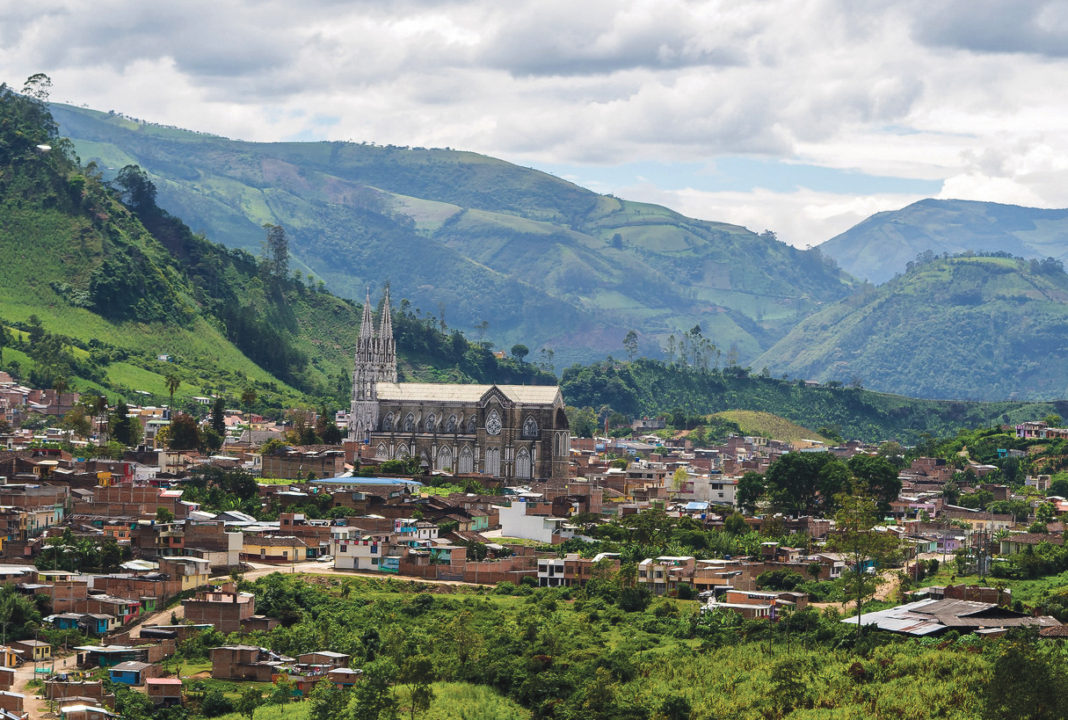 It wasn’t exactly the Panama hat I had envisioned when I looked in on the stacked brown headwear in a small shop in Sandoná, Nariño. The reduced brim and dark straw would fare well as leisureware traveling the backwaters of Colombia’s most southern department. After several hours of biting Andean wind and stark UV rays beaming off the high Andes, it was evident that I needed to protect myself, starting at the top, even if my choice in hats would betray my existence as failed novelist.

While Colombia tends to promote destinations at lower altitudes, the possibility of traveling the trails of a department named after Antonio Nariño, one of the forefathers of the new Republic and who went on to write many of the laws that today holds this patchwork nation together, seemed timely. The announcement from Havana of the bilateral ceasefire with the country’s largest guerrilla reached me in a region where the internal conflict forced many landowners to abandon their farms and migrate to the industrial heartland of the Valle del Cauca.

Like Nariño’s legacy, Colombia is slowly shedding the antipathy of war for the theatre of politics. Small towns such as Sandoná did not escape the violence, but somehow hedged by topography and their proximity to a cultural epicenter, Pasto. During the first days of every New Year, Pasto, capital of Nariño, sheds its politicking for frolicking as the Blacks and Whites carnival streams through streets once reserved for viceroys. This celebration dates back to pre-conquest when the agrarian Amerindians would celebrate the harvest bestowed by a Moon Goddess perpetually shining above the Atriz valley. Even though we were at the half-point of the year, Pasto was anything but boring. Occasional plumes of smoke rose from the nearby Galeras volcano.

But after an overnight stay in the capital, I headed northwest to the village of Sandoná, home to all things woven and graced by an ash grey gothic cathedral. Looming over the red clay tiles of the villages perched on the edge of a typical Nariño geological formation, a gorge that could consume one of Europe’s smaller nation states, the views are breathtaking and a waterfall literally cascades into the village’s streets near barrio Belén coveting a rock shrine to the Virgin of Lourdes. After strolling a grid of luminous blue and white streets, I settle for one of the town’s local favourite snacks, a panela cake. Sandoná is a quaint escape from Pasto and the tradition of seeing these other Panama Hatters weave and bend, more than makes up for the many curves in the road.

The department of Nariño rises up to nearby Ecuador from the impenetrable jungle of the Pacific coastline to windswept plateaus near Ipiales and back down to the East to the craggy valleys of the Sibundoy and Putumayo plain. While most travellers head to the department’s most sacred of shrines, Las Lajas, there are high altitude lakes for water recreation sports, the largest and most visited, Laguna de la Cocha.

With no shortages of vistas and the Galeras volcano a constant companion, touring Nariño must include trekking shoes and plenty of sunblock. If you attempt to climb the base of this active vol- cano head to the town of Yacuanquer, 25 kilometres south of the capital and initi- ate your walk towards the eco cabins at Telpis. Most of the national park Santuario de Flora y Fauna Galeras is closed to hikers given erratic seismic activity. After meeting plenty of millenials on the milliners’ trail to Sandoná, a handful were braving the treacherous road to Tumaco, the department’s port town on the Pacific.

An eight hour descent from mist-covered moors to humid mangroves was once one of the most perilous journeys one could attempt in Colombia, as the road was beset by constant guerrilla checkpoints and prone to a rash of bombings, as it runs parallel to the Putumayo-Pacific pipeline. With FARC having abandoned a half-century long conflict with the state, this important road that unites the coast with the highlands could well become a low cost alternative in the near future for travelers wanting to soak up some of the most wild of this nation’s Pacific coastline beaches.

The only drawback of my Nariño trip was the return home. The tiny terminal of the municipal airport of Pasto offers limited flights to and from the Colombian capital and on the best of clear days, you can arrive or depart by air, but all too often, the Antonio Nariño runway is closed due to strong winds and clouds. These common climatic occurrences save you from gliding into an abyss. If you’re a nervous flyer best prepare for the two- hour overland trip to nearby Popayan.

As the country embraces peace, Nariño will surely draw in more tourists. A few days is never enough to explore the high Andes and even when carnival is out of fashion, the hats are always in. 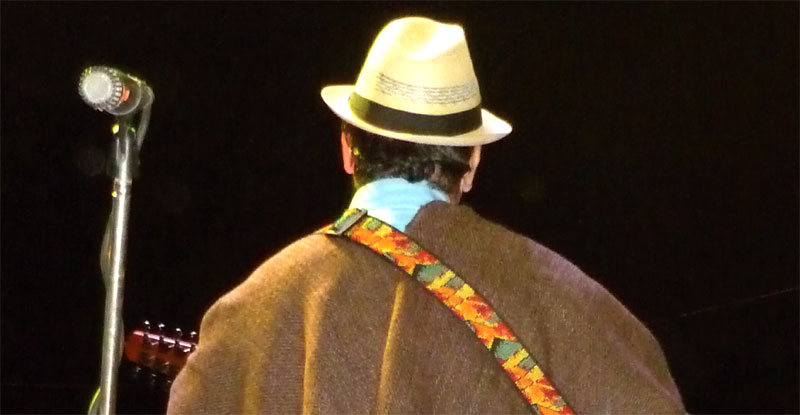