The rock seems to move 20 meters below the surface. Presuming it is the refraction of muted light, within seconds a green sea turtle begins to stir on the coral-covered ocean floor. With a twitch of its curved front flippers it rises and soon disappears into the expansive blue.

Bouncing over the waves on a dive launch out of Guapí, Cauca, the dense jungle-covered Isla Gorgona rises from the Pacific like Jurassic Park’s Isla Nublar; a place with a growing reputation for eco and dive tourism, due to its natural beauty and National Park status. Poisonous snakes, scorpions, sharks, and prison accommodation. Some assignment, I say. Sounds like the perfect boot camp.

But this is not Parris Island and I am not a recruit reporting for basic training, I am here to report on one of Latin America’s top scuba diving destinations. Although remote, inhospitable places like Gorgona were formerly “de riguer” for any self-respecting penal system – San Francisco with Alcatraz, France with Devil’s Island (Île du Diable), Great Britain with Australia – Colombia claimed Gorgona, an island covering 26 km2, being 9 km long (5.6 miles) and 2.5 km wide. Just 30 km off Colombia’s Pacific coast, the trip there takes a couple of hours.

At its peak during the 1950s, Gorgona housed close to 2,500 of Colombia’s most dangerous outlaws, but after three decades as a feared penal colony, the prison was decommissioned in 1984 and the following year, became a 49,200 hectare national park with surrounding marine area.

With an average temperature of 27 degrees and almost perfect humidity in the 90’s, a dense tropical jungle now covers the island. The rainforest has reclaimed much of the old prison in the twenty-odd years since it closed, with trees smothering its remnants. Gorgona is a place where nature runs rampant and its isolation from the continent means it hosts numerous endemic species.

Spanish Conquistador Francisco Pizarro named the island in 1527 after the mythical Greek monster of the underworld Gorgon, meaning ‘terrible’ due to the preponderance of poisonous snakes. These, and the frequent rain and lightning, made it “an apparition of hell,” according to Pizarro, who despite the abundance of serpents decided to hunker down here for seven months before leading his Peru expedition, feeling somewhat safer than on the mainland.

Gorgona’s counts with 18 different varieties of snakes, including the poisonous redtail coral, the mussurana and the fer-de-lance or common lancehead. Particularily active at night, walks are therefore prohibited. The island also has 28 other reptile species as well as bats, sloths, monkeys and tortoises. A keen eye will find something that hops, skips and jumps, notably including a troop of white faced capuchin monkeys that march through your compound looking for windfall fruit.

In 2004, Colombian travel operator Aviatur got a concession to operate trips to and accomodation on Gorgona. The intervention on the island is low-key, with the exception of a swimming pool, adding a tropical touch to the barrack buildings with palm thatch roofs, restricting the foot- print and inland penetration of Poblado, Gorgona’s only settlement. The accommodation can house up to 120 visitors.

National Park protection means that fishing is prohibited in Gorgona, so the red snapper served up at dinner is brought in from Buenaventura, even though it is a common sight in many of the island’s reefs. With a capacity for fifty divers, a standard three-day weekend package includes six or seven dives including currents, walls, a wreck and night dive possibility.

There is an abundance of green moray eels as thick as your thigh, groupers, octopi and a wide variety of reef and schooling fish, in addition to corals, whips, sea urchins and anemones, but the big draw are the large marine fauna: sea turtles, cetacea, selachimorpha and batoidea, or whales, sharks and rays.

The “Tiburonera” is a narrow passageway between two rock walls, at the bottom of which, 28 meters down, is a cave where galapagos and white tip reef sharks hide during the day. Maintaining position in the water over the sandy bottom near the Tiburonera site, two curious white tips leisurely circled ever closer to me, a barely moving object in the water: 10m, 5m, 3m, passing just beyond arm’s reach, close enough to see their eyes move as these magnificent creatures checked me out.

People visit Gorgona for its tranquility, jungle walks and the chance to swim with sharks as well as, increasingly to see the humpback whales that visit the island each year with their new born calves. Their spouts and arched backs can be seen from the shore, and their characteristic white flukes as they sound, and even full breaches by the males.

But it is being in the water that one really samples the magic that whales work. Gliding through the water, the laboured Darth Vadar respiration sound alternating with the exhalation bubble rumble, I hear the low moaning sound, increasing in pitch, followed by short, sharp gulps of a humpback whalesong. A first for me, and not so terrible at that. 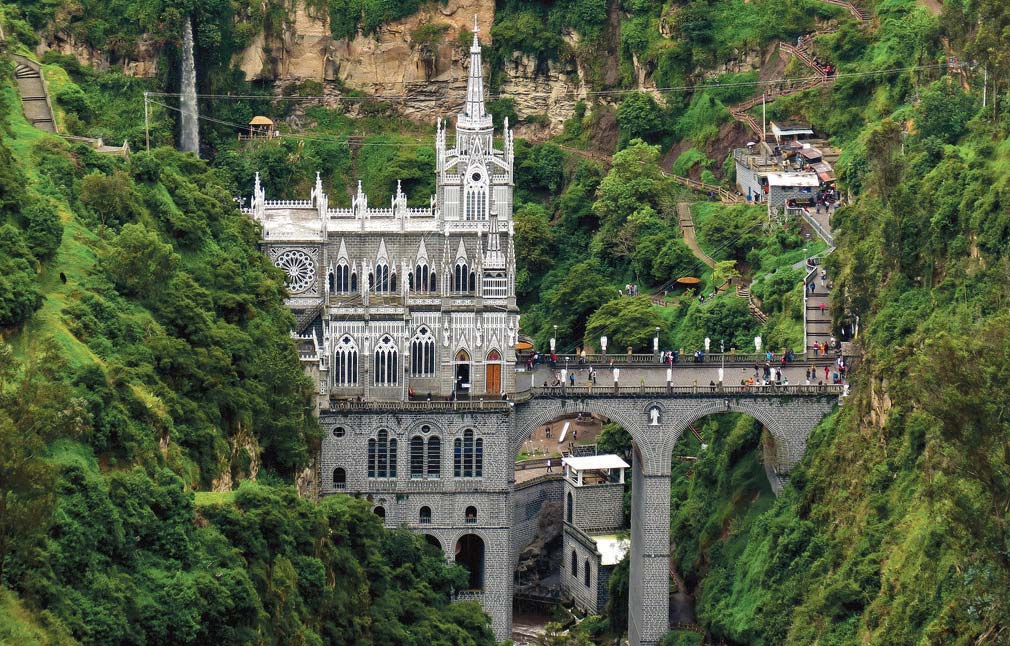