The old adage holds that “it’s not the destination that counts, but the journey taken.” Considering that Bahía Solano on Colombia’s Pacific is cut off from the country in terms of roads, there are only two ways of getting to this remote community: by sea or by air.

There is also the option of trekking through dense tropical jungle, but due to commitments back home, I was not willing to take a gamble on my life.

I settled on the more relaxed and slower route, departing from steamy Buenaventura, the nation’s most important port. Regular bus service connects the port of Buenaventura with downtown Cali.

The trip takes two hours and the road is safe, given all the large-scale infrastructure improvements going on. Depending on the time of year, fast boats are available that can have you in Bahía Solano in ten hours.

The thought though, of a couple of days riding the swells of the Pacific was more appealing than a rough speed ride in a part of the world known for flash storms and heavy rain.

Our planned sail time of Saturday afternoon was pushed back to a dawn departure as our “luxury cruiser” – an all-purpose small cargo ship – seemed to take on more cargo than Noah’s Ark. Alas, the crates of beer on board were not for passenger consumption.

The delayed departure was far from an inconvenience as we slept on the docked boat and were given a warm meal. Once we pulled out of Buenaventura’s bay, the dark green hillocks shrouded in tropical rainforest gave way to an expanse of rolling blue.

It took a full day to reach our first destination, the hamlet of Nuquí. The boat ride was comfortable, although it seems many Colombians don’t have the good sea legs. On the way, accompanying dolphins pleasantly distracted us.

The secluded bays and coves form part of the Colombian Pacific where migrating humpback whales come to give birth. The whale season starts in July and lasts until November, when the whales return south to teach their calves how to navigate Antarctic currents.

We dock in Nuquí with enough time to walk through the village, splash in the ocean and grab some refreshing cervezas. With the dramatic tides, our boat couldn’t move until evening, as it was left tilted on dry land for much of the day.

Nuquí to Bahía Solano takes ten hours and we arrive at our destination before dawn on Tuesday. While it may seem a bit of an unnecessarily long journey, we found it pleasant and enjoyable.

Bahía Solano is an ideal spot to get away from it all. Relax and unwind far from the big city madness. You have the sea, sand and sun practically to yourself. The beaches of the Pacific are dark, with black sand.

The waters are not the pristine blue of the Caribbean, but when there’s no one to disturb you, who really cares? We went to Bahía Solano with one aim: to chill out. And on this score it certainly didn’t disappoint.

The town itself is sleepy, a population made up of the indigenous Embera, Afro-Colombians and Spanish-Colombians, with a good scattering of this latter group being Paisas (people from Medellín and the surrounding area). It has everything you need — plenty of little restaurants, quiet bars, grocery stores, Internet cafes and a working ATM.

As much of the food has to be transported in from Buenaventura — besides the plentiful and delicious fish – everything is a little more expensive than you would find in most Colombian cities.

Besides relaxing on a secluded beach, there are plenty of gentle treks you can take around the town, exploring tropical flora and fauna. While you may not feel inclined to go trekking in the intense heat, many of these small walks are refreshingly interrupted with waterfalls, the clear, cool fresh water good enough to drink.

Something less quenching, but worth trying is biche, a local brew made by the Embera and with a clear, moonshine-style spirit. Distilled from the seeds of palms, it certainly packs a punch, reminding me in appearance, of the taste and strength of poitín, the Irish potato “tipple.”

An hour’s drive from Bahía Solano is the village of El Valle. It’s worth at least a day’s visit. More rustic than Bahía, the town has a longer beach and, once the tide rolls in, is an ideal spot for experienced surfers. The tides along the Pacific decide your movements, be it from when to walk the beach to when you want to leave by sea. Once there though, just go with the flow.

And now some tips for a very unique “cruise” up the Pacific. The Renacer del Pacífico runs boats with spaces for passengers on Saturdays and Tuesdays. The standard price for a ticket is $150,000 pesos with meals and a bed included. The office and point of departure is located at Km. 4, El Pinal, Buenaventura.

In Bahía Solano, the Hotel Bahía Solano charges $20,000 pesos a room per night. There is also the more upscale ecolodge, El Almejal, recognized since 2003 for its sustainable tourism practices by the World Travel Organization. 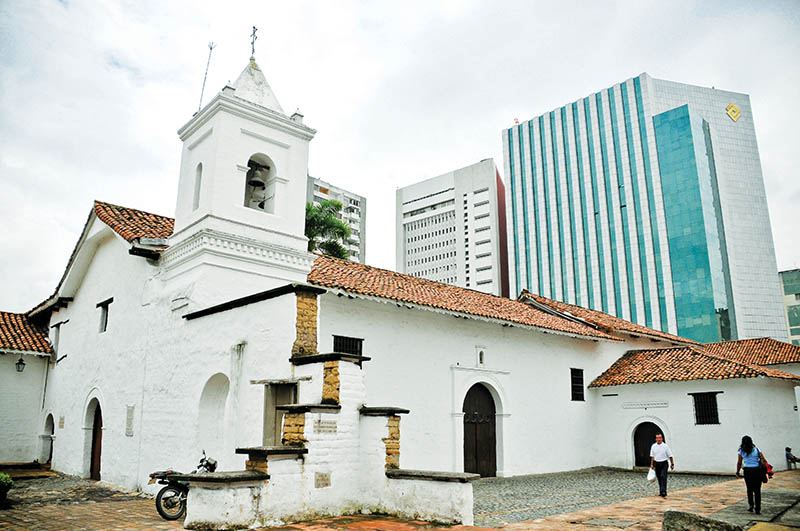