I could hear the sizzle of street food over the roar of the engines. The thought of jalapeño peppers and crispy tacos fueled my imagination. I was heading north to Mexico City and as the last volcano of Guatemala dissipated in the afternoon haze, I was counting minutes to touch down.

Invited to speak at a newspaper design congress – the CMDP –  my hosts had worked my welcome to one of world’s most interesting capitals around lunch in the bohemian district of Coyoacán. After doing immigration formalities and leaving the grounds of the inter- national airport, my driver sped into a concrete network of highways, underpasses and off ramps. The traffic moved orderly, with a minimum number of lane changes required, until we ground to a halt in the financial center of the metropolis and in the shadow of the tall palms and the glass towers of Paseo de la Reforma.

The Fiesta Americana on Reforma was the venue for the congress with 500 newspapers represented and an impressive conference room adapted multimedia presentations. After a smooth check in, it was lunch at ‘Arroyo’. Climbing the steps to the terraces of mariachi nirvana and the single largest Mexican restaurant in the world with seating for 2000,  I jostled waiters and a cacophony of trumpets. I found my newspaper colleges sharing a bottle of the country’s emblematic drink, 100% proof tequila. This convention would certainly be one to remember!

Mexico City has everything you expect in a world-class city: Large scale infrastructure, a modern transportation network and an imposing financial area within an easy walk of the capital’s historic centre. But D.F (Distrito Federal), as it is called, is actually a cluster of small villages joined together by green parks, outdoor markets and boxy compounds where the Chilangos, or locals live. Extending over a dry highland basin, the city reaches into the nearby hills, and on a clear day one can appreciate the proximity of the snow-capped Popocatepetl and Iztaccihuatl volcanoes. Thanks to clean air and a rooftop dining room at the hotel, I could sip my coffee in the shadow of these majestic peaks.

During those moments when the congress gave us a breath of free time, I went on several walks in Mexico City. From Paseo de la Reforma I headed towards Centro, observing how newspaper vendors still exhibit the dailies in neatly arranged rows, the existence of smartly dressed shoe shiners and the many crafts laid out on bright textiles near street corners.

Near the Alameda Central Park is the Palacio de Bellas Artes and where you can see a re-creation of Diego Rivera’s mural “El Hombre en el Cruce de Caminos” (Man at the Crossroads), which was removed in the 1930s from the Rockefeller Center because it was too communist for its time. The Palacio de Bellas Artes is very Old World and could have been lifted straight from any boulevard in central Paris. It’s art deco interior contrasts with its pavilion façade of industrial World Fairs.

From the Cinco de Mayo you approach Zócalo, the huge central square at the crossroads of the nation. Flanked by the Metropolitan Cathedral and Presidential Palace, the historic center bustles with activity. Hairdressers cut and snip from brightly-painted salons, shops are stacked high with jars of hot peppers and 17th century churches lean into tiny, sunlit plazas. The historic cen- ter is a place where things get done. If you need to transcribe the works of Tolstoy, there are plenty of typists waiting on benches for the task. Several streets are exclusively dedicated to piñata accessories and pastel-coloured bridesmaid dresses. In the Centro, you can literally touch the fiestas to come.

The congress offered plenty of rea- sons to enjoy Distrito Federal’s diverse gastronomy and nightlife. After a reception with Excelsior newspaper in which we were treated to many long glass lemonade and tequila drinks, we dispersed along the cobblestone streets of Polanco to ‘Los Girasoles’. Dining at the traditional Mexican restaurant overlooking one of Mexico City’s most beautiful neo-classical plazas marked one of the highlights of the Congress. From the Sonora beef medallions to pan seared fish, Los Girasoles was Mexican cuisine on another level. Mind you, we were two floors up and into our third tamarind margarita.

Newspapers are passionate undertakings. Not only do they require food for thought, but plenty of faith in the future. So with only limited time on my hands, I decided to visit the most scared of shrines: the Basílica de Nuestra Señora de Guadalupe. After a forty minute ride from the hotel, I arrived, slightly more humbled at the entrance of a huge open square graced by several small chapels, one very slanting church and, at the extreme end of the plaza, the modern Basilica where the Virgin of Guadalupe is housed. After taking the electric escalator to the base of the framed image, my next and equally imposing destination were the pyramids at Teotihuacán. Just an hour north of the capital and rising over green agave fields, this ancient city of the Aztecs requires certain determination to explore. The two large pyramids – Sun and Moon – can be climbed, yet are best seen from the ground, if one suffers from a fear of heights.

With its many millions of inhabitants, Mexico City teems with history and culture. As the economic engine of the country, it is moving towards a very cosmopolitan future. For us in newspapers, it was the perfect venue to restore a sense of purpose in what we do. 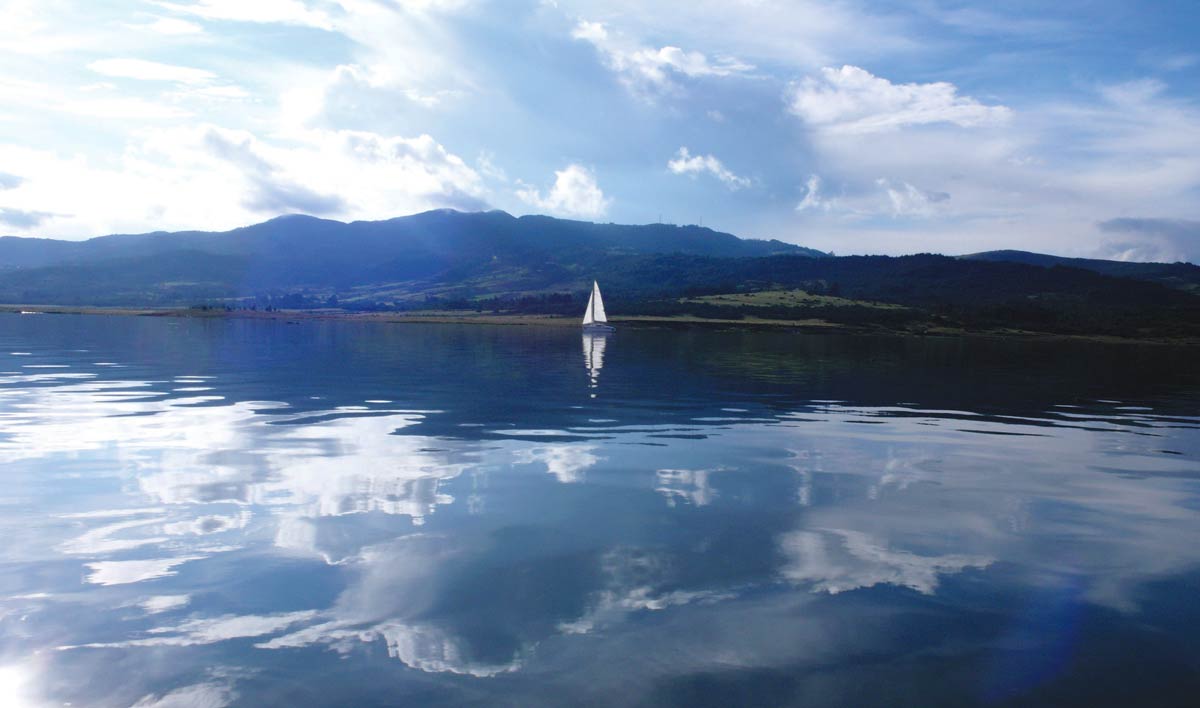