The Earth is huge and there are countless places to go. Some — like Paris, the Great Wall of China, New York, and the Taj Mahal — sell themselves. But the less famous rely on a handful of tastemakers that can swing their fortunes as a travel destination. Authorities like Foder’s, Frommers, and Condé Nast Traveler persuade travelers to bring their families, and their precious wallets, across a nation’s borders.

Lonely Planet is one leading source. With its handy guidebooks that fill bookstore shelves across the world, it has developed into the go-to source for the backpacking set, not to mention many other tourists contemplating a vacation.

So it was big news last month when Lonely Planet ranked Colombia in the number-two spot on its Best of Travel 2017 list of the top countries to visit. Billed as the “10 Ten Destinations You Cannot Afford to Miss,” the resource raved about everything the Andean nation has to offer.

“The country’s mix of vibrant culture, nature, and hospitality is a rich tapestry woven by welcoming arms,” said Lonely Planet in its ranking. “Over a decade into its dramatic about-face, this South American jewel is even expecting a visit from the world’s number-one Catholic. When Pope Francis kisses Colombian soil in 2017, it will mark the Andean nation’s first papal visit in 30 years.”

While the peace agreement that President Juan Manuel Santos signed in September with the Revolutionary Armed Forces of Colombia (FARC) has stalled, it has helped the country overcome some of its historical stigma. The word is starting to get out. Colombia is a gorgeous nation that is, in most respects, as safe as much of Latin America for a typical vacation. “Decades of civil war and violent crime meant Colombian passport stamps were once for hardcore travelers only,” wrote Lonely Planet. “Fast forward to the present day, and the lost years seem but a dust speck in Colombia’s rear-view mirror.”

The only place that outranks Colombia is Canada, with Finland, Dominica, and Nepal coming in third, fourth, and fifth, respectively. Bermuda, Mongolia, Oman, Myanmar, and Ethiopia rounded out the top 10.

Beyond security improvement and beautiful landscapes, the guidebook highlights the other key reason that so many foreigners fall in love with Colombia: Because it is full of Colombians.

Every year, various organizations devise ways to rank the world’s nations in terms of happiness. And every year, Colombia ranks near the top. In 2015, Colombia ranked first in the “Happiness Index” of WIN/Gallup International Association’s annual end of year survey. And in July, the nation placed third in the “Happy Planet Index” from the New Economics Foundation.

This is what Lonely Planet writer Kevin Raub considers the biggest draw. There is a level of hospitality that stands out even within a Latin American region where people from northern Mexico to southern Chile are more welcoming than others throughout much of the world. For Raub, the reason to visit Colombia “begins and ends with the people, who ensure you leave with a different impression than the one you landed with.” 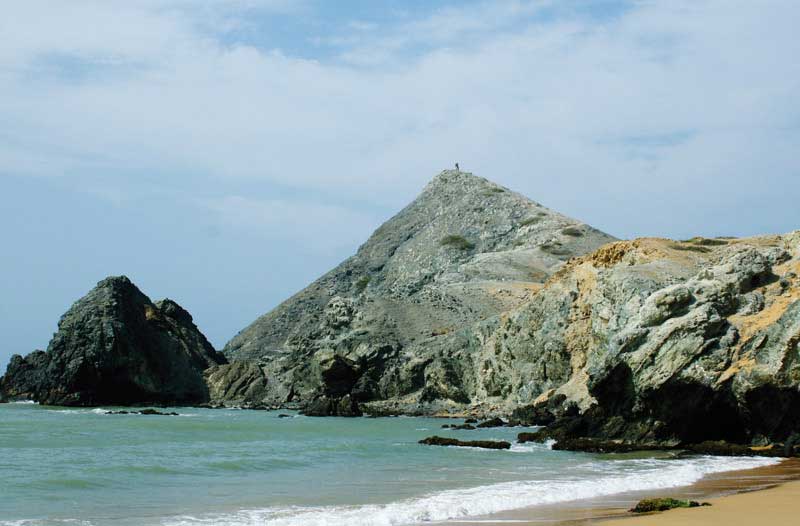