Northwest of Bogotá in the department of Tolima is Honda, one of Colombia’s oldest towns and the perfect location for a weekend of regeneration far away from the hustle and bustle of city life. Just a four hour drive from the capital (or a 3-5 hour bus journey costing $25,000 pesos, this picturesque colonial town is framed by the River Magdalena, one of the location’s greatest attractions owing to the striking beauty of the natural landscape it resides in.

Descending along precarious winding mountain roads from the crowded, high-altitude Bogotano streets and chilly Andean peaks appears Honda. From above, it becomes apparent why this little town is also known as “The City of Bridges”, with many visible from this spectacular viewpoint, one being the Puente Navarro, which was built in the 19th century and is South America’s oldest iron bridge.

During the colonial era, Honda was considered the most significant commercial port within the country and as well as the travellers and merchandise passing through it came new cultures that are still present to this day. Due to a break in the river’s course that made it impossible for ships to continue along the same route, goods from Barranquilla would be transferred over to begin their journey to Bogotá. For this reason, Honda was once a prosperous site of vast economic power, demonstrated by its stunning architecture which provides a window into its wealthy past.

For more information about the history of this little town, The Magdalena River Museum is well worth the visit with a fascinating range of photographs and artefacts on display that illustrate the river’s importance through-out the centuries. The locally run Casa Cultural de Alfonso López Pumarejo is also a must-see for an excellent insight into the life of Colombia’s twice former beloved president, a man who stood out for his political, industrial and social endowments during much of the 20th century.

What makes Colombia so special as a country is the sheer diversity of its environment. From the aridity of the Tacacoa desert to the rich greenery of the Amazon rainforest, Colombia has it all and Honda is an example of quite how much can change within the space of a short journey. The idiosyncrasy of the Hondanos is different to that of any Tolimense due to the influence of the river which breathes a tropical atmosphere, reminiscent of the Colombian Caribbean Coast.

The warm climate is extremely pleasant, especially at night as temperatures can reach almost 35 degrees on a clear day, making it highly necessary to find accommodation with a swimming pool! Posada Las Trampas is one of the most famous boutique hotels in Colombia with its construction dating from the middle of the 17th Century. Tastefully renovated into a beautiful mansion while maintaining its original colonial exterior, it is a luxurious place to stay within walking distance of Honda’s center.

Local fishermen congregate along the banks of the Magdalena catching capáz, a type of river fish commonly harvested within the region. While Tolimense food is very popular to the area, the most traditional Hondano dish found in the majority of the town’s eateries is known as “vuido de pescado” which consists of capaz served with fried plantain and cassava.

With tourism acting as one of the town’s main sources of income, it is surprising that Honda still manages uphold such an essence of authenticity. This is most evident while wandering down Calle de Las Trampas, a narrow, cobbled with ornate balconies. In addition, The Plaza de Mercado is a convent-turned-indoor-market-square bordered by impressive arches and columns reminiscent of Honda’s past. This national monument with almost one hundred and fifty green and white pillars contains a plethora of different stalls selling clothes, fruits and vegetables, meat and even freshly caught fish from the river.

The Alto de Rosario neighbourhood is the town’s very well preserved historical hub where the Nuestra Señora del Rosario Cathedral is situated in the middle of a charming square. This is the central point for Honda’s most popular eateries with a variety of small cafés and restaurants that offer outdoor seating and magnificent views of the town below.

At sunset, the colonial center is breathtaking, with the light bouncing off the cobblestones and drawing attention to the vibrant contrast between the bright yellow buildings and the magenta bougainvillea draped over them. Honda is a destination off the beaten track and makes for a wonderful romantic getaway as well as a place of great historical interest. 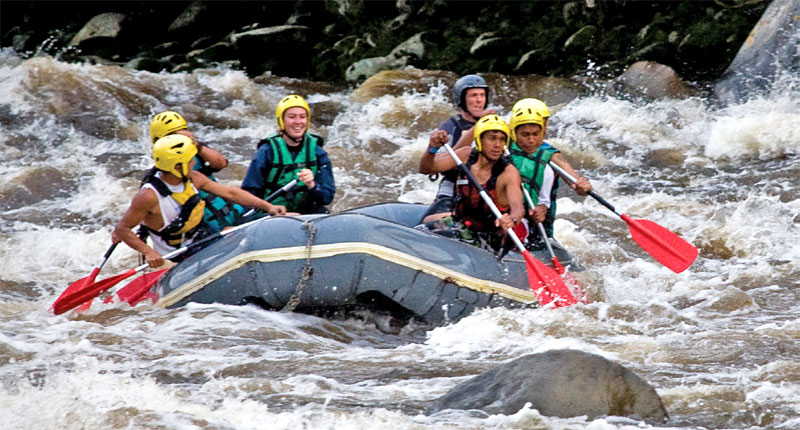 San Agustín and so much more