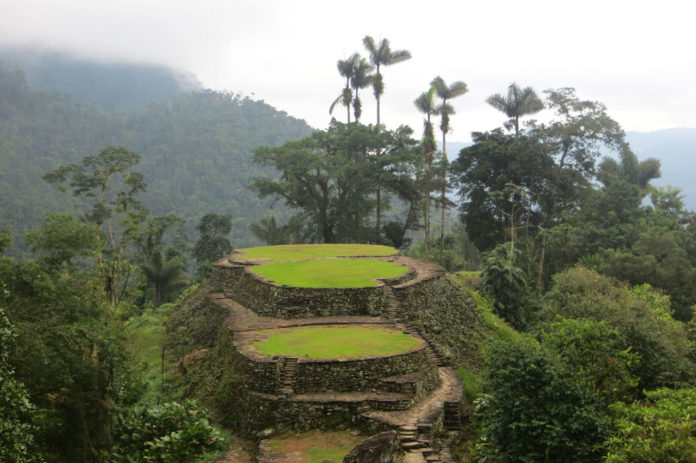 Deep in the Sierra Nevada de Santa Marta lies an ancient city believed to have been built over 1,000-years ago by the indigenous Tairona tribe. The mysterious ‘Ciudad Perdida’ was discovered in 1972 by a group of treasure hunters who, in search for gold, stumbled upon some twelve hundred steps leading the way to a series of terraces carefully carved into the mountainside.

Abandoned during the Spanish conquest, the site, alternatively known as ‘Teyuna’, was once the political and economic hub at the heart of many surrounding villages that may have housed between 2,000 and 4,000 people. Until 2005, the region was strongly affected by the internal conflict, making it impossible for tourists to venture up to the city for fear of being kidnapped. Teyuna is now actively patrolled by the Colombian army and, consequently, considered very safe for visitors.

A trek to the largest of an estimated 200 Tairona lost cities, only accessible on foot, is a must-do when travelling along the country’s Caribbean Coast, and can be best done over a period of four to six days. It is without a doubt one of the most challenging and exhilarating hikes in all of South America, an unforgettable experience with spectacular jungle scenery and a unique culture that cannot be found anywhere else in the world.

After waiting for what seems an eternity in the scorching Santa Marta heat, I eagerly hop into the air-conditioned jeep that will take me on the bumpy two-hour drive to the small town of El Mamey. The 45 kilometer trip through river valleys, hills and pristine rainforest of the Sierra Nevada Mountains is about to begin. Setting off immediately after a hearty lunch of rice and beans to avoid walking on an empty stomach, the entire route is spent in an inevitable late afternoon rainfall. Then, we are greeted with a four kilometer ascend in direct sunlight that leaves me questioning whether the first leg of the trek really is thought to be “the easiest.”

Focusing solely on the end goal of reaching the famed Ciudad Perdida, I naively approached the experience with little knowledge of what to expect from the actual hike, and it does not take long before I am blown away by the sheer beauty of the landscape lining the narrow path. Our first break brings with it a sudden and very timely downpour that transforms our surroundings into a verdant oasis. I stand admiring the emerald mountainside contrasted against the violet-grey of the low hanging clouds. Feeling slightly cooler in the newly fresh air, we are grateful to the rain for providing us with some relief from the 35° degree heat and make our way to the camp where we will spend our first night sleeping in the jungle, accompanied by the deafening high-pitched shriek of cicadas and incessant croaking of toads.

With the ambitious aim of covering a distance of 25 kilometers in one day, we are required to start as early as possible and set our alarms for 5 am. Departing an hour later ,we cautiously trek through the clay-like mud that makes the downhill sections of the trail a real task for those not wearing hiking boots. As we head deeper into the dense rainforest canopy, the humidity becomes almost unbearable and I come to the realization that the chances of ever being properly dry during the excursion are very slim. Arriving at Mamuke around 10 a.m., we are rewarded with the opportunity to go swimming in a delightfully cold river before eating and finishing the remaining five hours to Paraiso Teyuna Camp, located just one kilometer from the Lost City. The winding path leads us through the jungle past Kogí villages and along Río Buritaca, where we are forced to wade in waist-deep water to make it across to the other side for dinner and hammocks as beds for the evening.

Approximately one hundred people visit the Lost City every day, and our guide explains that rising at 4:30 am is the best way to ensure arriving before the crowds. Stumbling around in the darkness, we put on our sweat-soaked clothing and sneak out of the campsite while the other groups are still asleep. Barely awake, I painfully pull myself up every single one of the 1,200 stone slabs that pave the way to Teyuna. My excitement grows with each step. When I finally manage to reach the top, I am overwhelmed with an incredibly strong sense of achievement, as I look at the three stone circles spread out before me, glistening in the early morning sun. La Ciudad Perdida is breathtaking, a truly impressive feat of construction situated amongst mountains and lush rainforest that only heightens the magical feeling one gets the moment they step into the sacred site.

Wandering higher and higher through the towering palms, I take a second before leaving to appreciate the tiers of circular terraces that seem to almost perch upon the canopy below, a window into the past, and a place of genuine peace and tranquility. Despite knowing that we must retrace our steps back to Mamuke where we will spend our last night, and subsequently make the arduous journey all the way to El Mamey, the memory of the enchanting Lost City will stay in my mind for ever and I realize that trekking for four days through the rugged Sierra Nevada with all kinds of weather conditions is undoubtedly worth it, as are most adventures in Colombia. 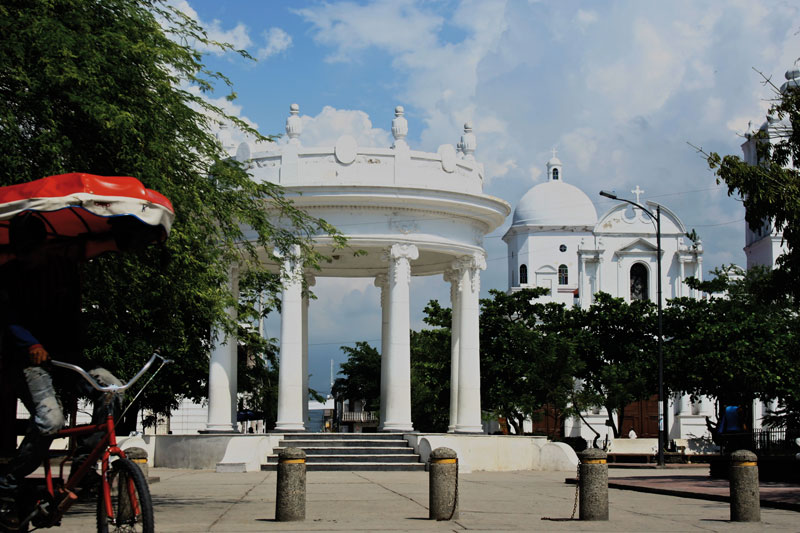