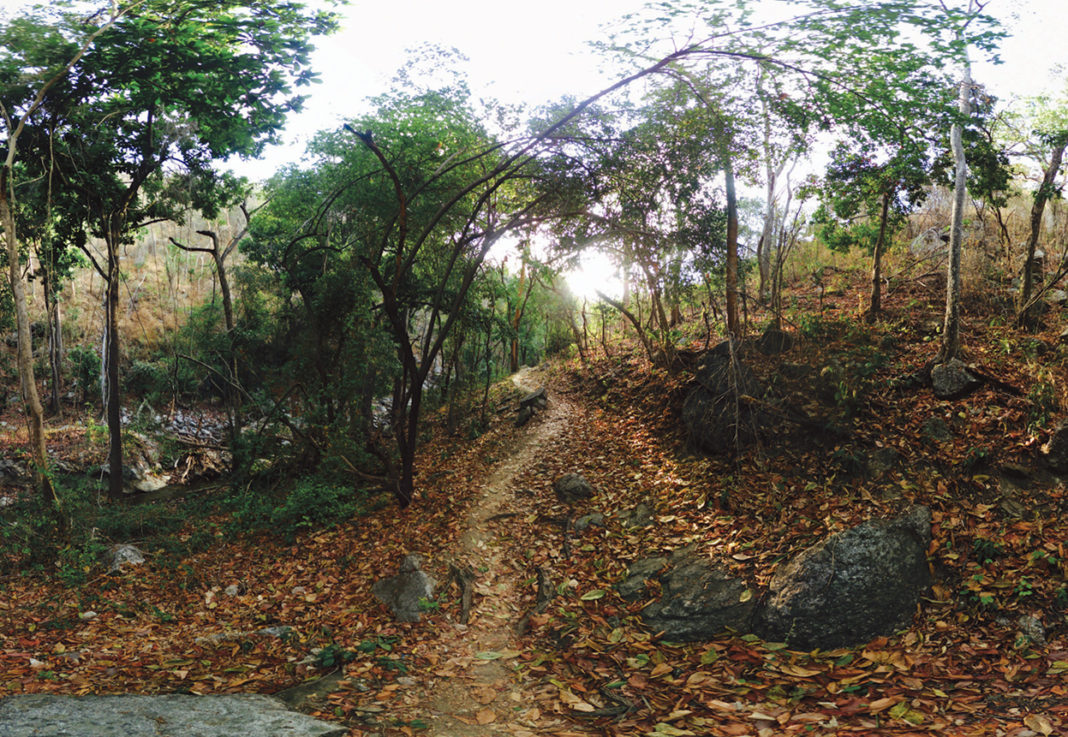 Do you believe in aliens?” asks our guide as we march steadily through a dry tropical rainforest. His question breaks the monotony of the heat as temperatures have been rising since 8am along the Colombian coast. Hiking our way up to the Reserva El Paraíso, a 54 hectare farm located in the foothills of the Sierra Nevada de Santa Marta, Jesús Soto – our local guide – waits for an answer. Before I can respond, he remarks, pointing to the sky: “I believe that aliens came down and built the Lost City in the Sierra Nevada, Machu Picchu, and the Great Pyramids of Giza. The structures are too perfect for them to be manmade”. He offers up his “irrefutable proof” with a story of how he once told a local indigenous man that if he could carry a fifty ton stone up the mountain, he would be rewarded with his motorbike. Needless to say, the incredulous man never received his prize.

Mr. Soto’s farm is located close to the historic town of Ciénaga, but the hike drives a wedge into any notion of distance. Our guide, who created Proyecto Jolonura to provide trekking and birdwatching trips in this corner of the universe, manages to keep us entertained with his extraterrestrial stories, interrupted only by the howling monkeys and screeching cicadas which, according to locals, are sounds that predict rain.

The surrounding hills of Reserva El Paraíso are completely untouched by tourism, and as we enter through a gate we are welcomed by a farmer called Luis, who immediately warns us to avoid stepping on the “natural fertilizer” of three donkeys cautiously looking at us. Jesús scrambles to find some chairs and Luis promptly appears with cups of sweetened black coffee known as ‘tinto’.

The farm is overflowing with organic tropical fruit plantations such as mango, avocado, mandarin, orange, lemon, banana and passionfruit, all handpicked by Soto himself, and sold to nearby markets. “Only the mangoes are for the birds”, he says, and after a hearty breakfast of fresh juice, arepas and eggs, I am filled with enough energy to stroll down to the nearby Cascadas Edén. As I stand against the cold rock, encircled by a vibrant rainbow, it is difficult to imagine that just a decade ago, many areas of the Sierra Nevada were off-limits due to the internal conflict and land-grab between illicit crop cultivators, Marxist rebels of the FARC – and during the late 1990s – the incursion of paramilitary death squads.

The violence that erupted over who would control large areas of this fertile land was followed by a host of predators from illegal miners to loggers and animal traffickers displacing tens of thousands of farmers and forcing the arable land into the hands of drug cultivators. In 2004, manual eradication of the coca-infested hillside began with the help of the United States’ Plan Colombia aid policy which gave farmers tropical fruit to cultivate. “People here have changed their perspective about growing illicit plants,” claims Soto. “We are not narcos. We know that every gram of drug that turns up in a city will harm the future of our children.”

Soto hopes that initiatives such as Proyecto Jolonura will encourage much needed tourism in the area. “We need at least fifty visitors per month to be able to grow,” he says. Since launching the project seven months ago, some two hundred people have visited his ecological paradise, attracted to the exquisite birdwatching opportunities and stunning natural scenery.

The farm is home to an open-plan wooden shelter equipped with a basic kitchen, space to hang hammocks, and soon-to-be ecological toilets. His aim is to host up to twenty overnight visitors, giving them the opportunity to hike up to a 360° viewpoint.

As we make our way back to the city life of noisy tiendas and hordes of motorbikes, I recall Soto’s words: “peace is worth more than money.” The work he is doing demonstrates that positive thinking can help transform environmental tourism in this once conflict-riddled zone. 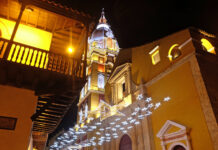 A weekend in Quito