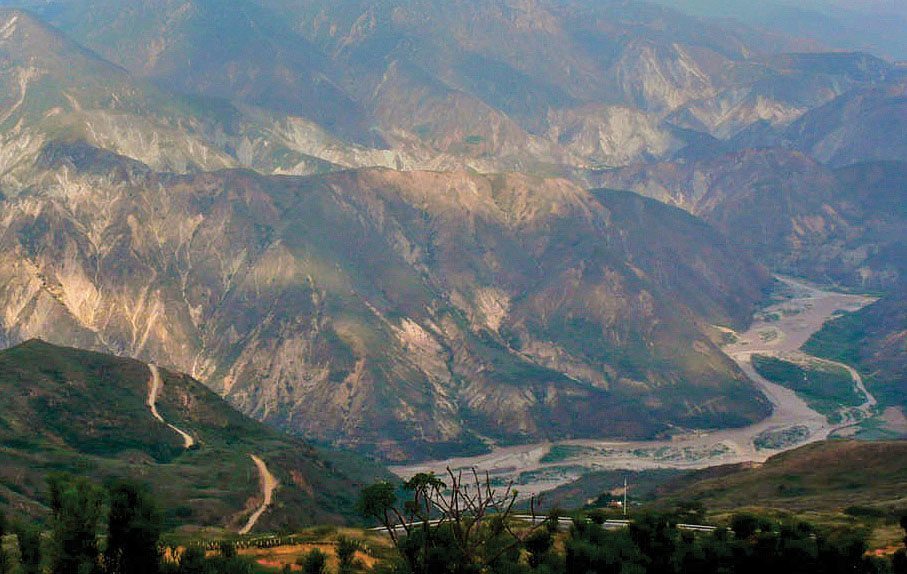 It was one of those road trips too difficult to pass up: the chance to make it to Mompox in under 48 hours. Our blue utility vehicle was hardly a 4×4 juggernaut built for the GPS voids that Colombian roads are known for, but we baptized it “Gouda One” nonetheless, as we had the maps memorized and a Dutch intelligence officer with us in the car with, whom I begrudgingly had to share the driving of the first leg of the trip.

It was a 5am departure to head north of Bogotá along the three lanes of the AutoNorte. Behind us was the silver Vitara, or “Gouda Two”. We twisted through Briceño with its incongruous Fonda Paisa. Our mission was to make it to Chocontá for steamy arepas de chócolo before attempting the ascent from Ventaquemada to the mist-covered moors of the Puente de Boyacá where Colombia won its independence.

Chocontá’s cheese-filled arepas – our dawn Dim Sum – did the trick to appease our appetite and get us through Tunja, capital of Boyacá, in order to reach a town called Arcabuco, when the crew of “Gouda Two” demanded a rest stop at this congested truckers’ pit stop.

The gateway to Santander is Barbosa and soon you are deep in “sugar country”, land of the jellied guava known locally as bocadillo . The temperature rises and the craggy mountain ridges of Boyacá are ironed out with the odd slope leading to a painted village, goats grazing in grasslands, making this portion of the journey easy on the eye and brakes.

There is no need for maps at this stage of trip as Route 45 leads straight to San Gil, a very pleasant town, overlooking the Fonce River and shrouded in grey willow trees, the Gallineral.

A popular destination for hikers and rafters, San Gil, is also an obligatory stop after 8 hours of driving from Bogotá. This road that leads to the sea has one daunting obstacle: the Chicamocha Canyon, best tackled during the day, so we call it a night, after strolling through San Gil’s main square. For those who want to explore the Guanantá region surrounding San Gil, one of Colombia’s 17 FONTUR designated patrimonial towns and a UNESCO World Heritage Site, Barichara, is an easy drive through tobacco fields. Nearby Cabrera, a Villa de Leyva in miniature, has yet to potentialize its place on the travel map.

The scenery between San Gil and Chicamocha is breathtaking and a living tapestry of Colombia. White-walled towns with ondulating roofs retreat as we start our descent into the majestic canyon, “Gouda Two” keeping the pace.

As we tackle every curve, our jaws drop with the vistas and abyss on our left. After 30-minutes of white-knuckle driving we reach Pescadero on the Umpala River and the lowest point of the Chicamocha. Pescadero’s name isn’t in vain. This is a Ponte Vecchio of fried river fish, nestled somewhere between the lush postcard behind us and the arid, cacti-covered rift valley around us.

Once you’ve braved the Chicamocha, most roads in this topographically crumpled nation seem easy, and from Pescadero to the capital of Santander, Bucaramanga, it’s one hour of undulating asphalt.

Most travelers lunch near Floridablanca known for its steak houses and paperthin wafers obleas. The most famous oblea factory in all of Colombia, Obleas Floridablanca, founded in 1949, is close to the main road and worth a stop.

Floridablanca is the turnpike in a Garden of Eden. Seemingly small on the map, it has grown into a suburb of Bucaramanga, which means you need that extra set of eyes, to look for signs indicating “Santa Marta” and just 480kms of Colombian road.

Out of the mountains

There are plenty of petrol stations, tire-changing Montallantas in and around Bucaramanga, and as a major hub on the road to the sea, you’ll be accompanied by trucks, buses and chivas a good distance as you cut through the final ridge of the Eastern Cordillera at El Playón and enter the cattle-grazing grasslands of Cesar. In the Colombian prairie “Gouda Two” snaps into overdrive, taking the lead along the sunwashed “Ruta de Sol”.

At San Alberto we need to reach El Banco, Magdalena, an old port town, which hosts a less-than-solemn Sevillestyle Good Friday procession. A bridge now unites the Momposino Depression with the mainland. We are elated. A decade ago, cars had to be precariously stacked on a metal barge – planchón  – operated by some “Hades” Castro or son of Don “Hades,” in order to reach the other side. Seven hours of determined driving is all that separates the gleaming enclave of Mompox from Bucaramanga. Give or take the tractomulas.

As fields glow in a diffused light and free-roaming cattle on the Momposino islet force us into second gear, we have but 50kms to go of a road trip which traverses an A-Z of Colombia’s villages and onwards we go, to our gilded “Macondo” then Sincelejo and the sea!