Situated along the north coast of Colombia between the expanse of the Ciénaga Grande and the Caribbean lies a small village home to more than 170,000 people whose hearts are filled with stories to make you laugh out loud or cry out your soul. Reality and myth have come together and created a town drenched in mystery and with a history that is seemingly dubious at times. From the moment you step foot in Ciénaga and speak with locals, you can feel the magic that breathes within their stories and superstitions. If you are seeking a place to write a book, paint a picture or merely spark your imagination, a visit to Ciénaga will open your mind to the wonders of magical realism.

On arrival I hop in a bici-taxi and ask the driver to take me on a tour. Dimas begins telling me a tale about La Casa del Diablo (The Devil’s House), and I can feel his fervour for the mysteriousness of the legend. We reach the crumbling, overrun house and my imagination soars: a rich man making a pact with the Devil to get rich in exchange for the souls of children. Every night a black dog appears to guard the house, snarling at anyone who tries to pass.

Disturbingly, a child has died every year from a nearby school.

I carry on with the tour visiting the Centennial Park, the Blue Palace, the Baptist Church of San Juan and the Masonic Lodge; each with their own stories, their own legends. The buildings date back to colonial times and offer picturesque photo opportunities.

Luck is on my side. Dimas introduces me to an elderly man, Guillermo Enriquez. He is the town’s guardian of stories. As I listen to the tone of his voice and see the zeal in eyes, I find myself awestruck with his ancient tales, at first happy and delightful to dark and mysterious. I can feel the line between fact and fiction has blurred and reality has become pure magic.

Enriquez’s family owned the first theatre in the region and was quite influential at the time. An unknown young man by the name of Gabriel García Márquez came to Ciénaga looking for fortune and started to mingle among the locals, including Enriquez’s family. Márquez began to listen to the locals’ stories, their crazy lives and habits and began to empathize with their pain, joy and love. Enriquez believes that Márquez was inspired by his time in Ciénaga and that would later be artfully entwined with his storytelling to become the classic novel, One Hundred Years of Solitude.

Over the centuries, Ciénaga has grown to have two faces: a modern European one and the indigenous nature-loving one. During the colonial period, foreigners, money, theatres and literature influenced life in the town, and a contemporary existence prevailed and continues to do so. But if you step away towards the Ciénaga Grande, where Mother Nature flourishes, you can imagine what life was like in earlier times. People still live like the indigenous did centuries ago, on the water in houses carefully constructed on stilts (palafitos) to withstand the changing weather, canoes as the only transport and fishing the root of their existence. The Ciénaga Grande de Santa Marta is a mangrove ecosystem covering 230 square kilometres within the deltas of the Magdalena River with rivers originating in the Sierra Nevada flowing into it. It is a natural haven and reproductive site for the myriad flora and fauna that call Colombia home.

Owing to these natural surroundings, an intense amphibious culture popped up, and remnants can still be seen today, as reflected in the people’s traditions, legends and beliefs. They are a culture of fisherman, living closely with nature and possessing an intricate ecosystem. Their symbol is a caiman, which represents the people’s resistance, respect and absorption with the living peacefully with their environs. The Fi- esta del Caimán (Feast of the Caiman) is celebrated every January and keeps alive the legend known as La Historia de Tomasita, which says that a girl was eaten by a caiman.

Visiting this beautiful and tranquil body of water is possible. From Santa Marta or Barranquilla, travel to Tasajera where privately run boats can take you south through the Ciénaga Grande to the mouth of the Fundación River and El Jobo canal. This trek will give a chance to see the old traditional palafitos in Nueva Venecia. More information can be found at the National Park’s office in Santa Marta (Calle 17 No. 4-06).

Just 10 minutes from Ciénaga you can find yourself “chilling” in the Aguas Termales de Ciénaga. Its therapeutic medicinal waters with a temperature of 40 degrees Celsius will soothe and rejuvenate your body and mind. It is believed that a volcano exists below, and the indigenous communities performed their sacred rituals for protection against evil spirits there. Experts say the hot mineral water is excellent for the prevention and cure of several skin and body diseases.

The lifeblood of Ciénagueros thrives in the magic of their relationship between man and nature, legend and truth. It’s a link that has shaped and influenced this unique culture, and its safekeeping is important for fu- ture generations’ understanding of how magnificent a marriage between the heart of nature and the human spirit can be. Ciénaga may be a bit dirty and a little dangerous, but a visit will open your heart to the spirit of the people whose blood flows with enchanting memories of days long gone. Ciénaga has been sleeping like the Sleeping Beauty since 1965, and now several Prince Charmings are trying to wake her up again. 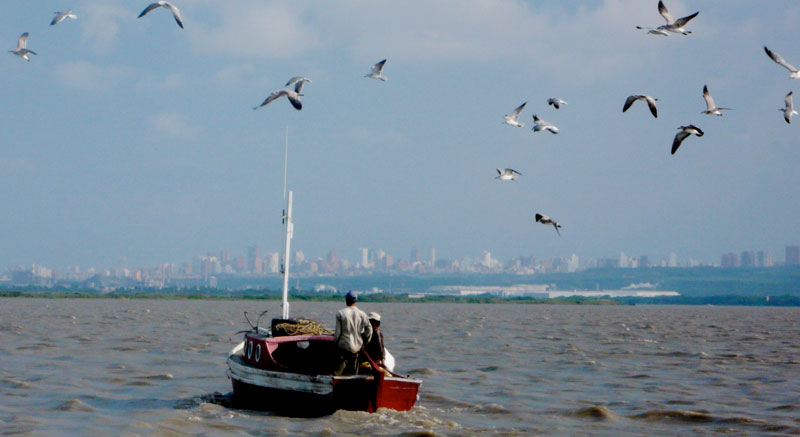