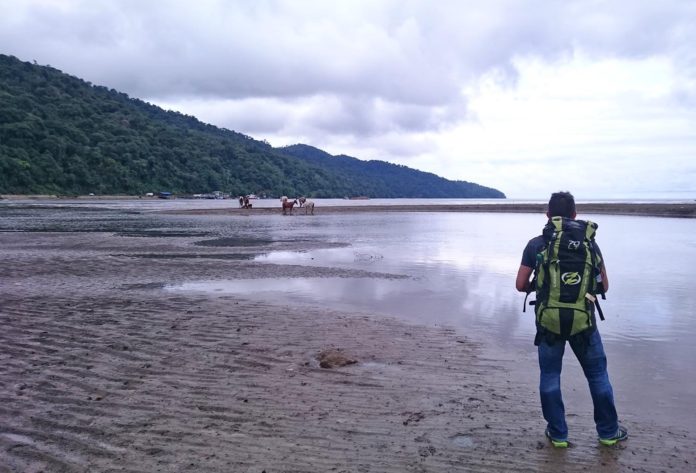 The British Embassy in Colombia, with the backing of the Foreign Office’s Travel Aware platform, launched last month a campaign to make sure British citizens take care – and are risk-aware – when visiting popular destinations in the country.

With a manual full of tips and recommendations on how to be safe in major cities and rural destinations, the campaign #BritsInColombia is an important UK government initiative that regardless of nationality, all tourists should follow. With the slogan “A little local knowledge goes a long way,” the 20-page pocket guide tells Britons what many ex-pats living in Colombia may already know, but for outsiders is a revelation, such as layered clothing to deal with Bogotá’s fast-changing weather.

According to UK Ambassador Colin Martin-Reynolds, the idea behind publishing this guide is to help strengthen bilateral relations and change perceptions. “We believe that if British people come to Colombia and have a great time, without becoming consular cases, they will go back and spread the work, creating increased opportunities for investment and cultural links,” explained ambassador Martin-Reynolds.

This campaign comes after identifying a surge in travelers and diversification of destinations within Colombia as a result of the signing of the peace agreement with the FARC guerrilla in 2016. Colombia’s migration authority, Migración Colombia, estimates there are 3,500 British residents in the country, and 4,400 visitors at any time, totaling 53.000 per year.

While the guide is available online as a PDF and free to download, at The City Paper, we highlighted some of the useful need-to-know and what not-to-dos, especially with the onset of the Christmas holidays, a busy time of the year when tourists are more exposed to crime.

The guide opens with Bogotá, and recommends visitors enjoy the capital’s nightlife and restaurants responsibly, “respecting local laws and customs.” Among many tips, such as “not leaving your drink unattended” to follow in the footsteps of Colombians “who never walk home at night.” Staying safe may be a matter of common sense to avoid getting robbed in a pirate taxi or drugged in a bar with scopolamine.

From the seemingly obvious recommendation of “keep an eye on your belongings” and “don’t flout expensive gadgets” to ordering cabs by App, #BritsInColombia incorporates some nice touches of humor in its pages and connects with a younger audience of travelers. According to the UK Government, the largest profile of Britons coming to Colombia now range between 18 and 29 in age.

Because whale watching along the Pacific is being promoted as one of Co- Colombia’s top attractions, the guide recommends visitors always use recognized tour operators and diving schools. The guide stresses the importance of telling family and friends one’s location given scarce – or non-existent – internet. Reading the small print on travel insurance is also a must. The Coffee Region, Medellín, Cartagena, Santa Marta, San Andrés and Providencia, the Amazon and Popayán, each have a page in the guide, highlighting local attractions, and texts tailored to specific risks.

If visiting Leticia, capital of the Amazonas department, the guide warns of participating in Yage/Ayahuasca ceremonies, because the brew is not related and “its interaction with existing medical conditions is not well understood.” In 2014, a young Briton died during a tribal ritual in Putumayo after taking the hallucinogenic drink.

Besides warning of the antics used by beach hagglers in Cartagena, #BritsInColombia reminds tourists that some partying could end with long prison terms, especially when minors are involved. In a very direct statement, the guide states that: “Colombian law protects boys, girls and adolescents against sexual exploitation. Engaging in these practices is a criminal offense.” And, if planning on consuming drugs in Colombia, the “penalties for selling and using drugs are severe.”

You’ve been warned. Now, get out there, enjoy Colombia, and don’t become a consular statistic.

• Check your passport validity: you will need 6 months to enter Colombia.

• Migration Colombian is in charge of visa and immigration issues. You can contact them in all of Colombia’s major cities.

• Avoid getting an Emergency Travel Document: always keep your passport in the safe, and carry a copy of your passport and visa/entry stamp with you, either as a photocopy or on a USB stick.

• Police and Immigration Officers in Colombia have the right to request random identification checks. The officials, however, must have clear identification with badges and vests.

• Beware of “undercover” agents in civilian clothes requesting to see your documents. If in doubt, head to the nearest Immediate Attention Centre (CAI) of the National Police.