Our first visit, over two years ago, to what is viewed as Colombia’s “adventure capital” – San Gil – was very much a relaxed affair. On that occasion we had a thoroughly enjoyable time wandering about the rolling Santander countryside, which included taking in the quaint, period village of Barichara.

On another visit, with the help of a Dutch friend, we cranked up the adrenaline levels a few notches and sampled some of the reasons why the place is renowned for an extreme side. It started-off with an afternoon of getting a brief taste of varied activities including canopying and rappel, amongst others. For the price we paid, approximately $45,000 pesos, it wasn’t a bad deal at all.

The main event, however, was a rafting ‘sojourn’ down the famed Río Suárez; rated by many as second only in South America to Chile’s Río Futaleufú for its wild rapids. We had been forewarned not to over-estimate our talents mastering this waterway and that perhaps the gentler Río Fonce would be safer, less taxing and thus more enjoyable for all involved. We had also been advised that those selling the excursion weren’t too bothered about our abilities (or lack of), in such an activity – Suárez costs more to do, so why scare tourists off and miss out on more cash?

Adding to this, the day we decided to tackle the Suárez it coincided with the river being in one of its roughest moods, so to speak.

Our ability to take on deep water is about as good as that of a handicapped cat. Yet this doesn’t mean any fear of doing various aqua sports; especially when we have the safety of a life-jacket tied tightly around us. So we approached the undertaking with relative calm.

Throw in the fact that our four on raft guides and accompanying canoeist where putting their mind and senses “at ease” before we even started. Perhaps that was all part of the plan.

We did though do some head-scratching when a luminous wristband containing an emergency services phone number was snapped around us before we paddled off. We wagered this was to be of help to some passerby in case they found our unconscious, battered bodies. A “one-step guide” on what to do with human remains. It was, however, valid for just one day.

That aside, after a brief dry-run through the various call instructions by our ‘skipper,’ the real action got off to a steady start. Although the crews’ persistent criticism of our rowing ability was a little annoying at times, they were lucky they didn’t get an oar in the head.

A little further on we all had greater things to concern us than getting hit by somebody, accidentally or on purpose. That’s because Rio Suárez began to show its teeth. And that meant us taking a ‘dip’ – well it was more like being in a washing machine on its final spin we imagine – on more than one occasion. It certainly got the heart racing – the key being just to go with the flow and hope you don’t smash your body on a rock.

Having ‘gone over’ a number of times, it was with a little trepidation that we approached the infamous ‘La Fantasma’ (The Ghost) section of the river. This is a decent-sized stretch with powerful rapids where if you were to fall out early on, you’d be waiting some time and would have encountered a few hefty rocks before you floated to calmer waters. That our guides stopped to assess it before we went through and had the canoeist do a solo run also got us thinking; should we pass on this one?

We’d already had a good thrill, so why quite literally ‘push the boat out’ further for something that looked like it could dangerously get the better of us? Heck though, we’d gone this far, we might as well make the final push – get our money’s worth. And you know how important that is to us.

If there was any doubt in our minds about how rough this part was, the sight of one of the guides blessing himself before we got going put it firmly into focus. His plea to the gods worked anyway – well maybe it was more a case of lots of luck mixed in with us working a bit better as a team that saw us through in one, whole piece.

So a few minor bumps and bruises apart and conveniently overlooking our earlier mishaps, we like to think we ‘tamed’ the Suárez. We certainly survived it. And alas, there’s a lack of a T-shirt proudly proclaiming so. 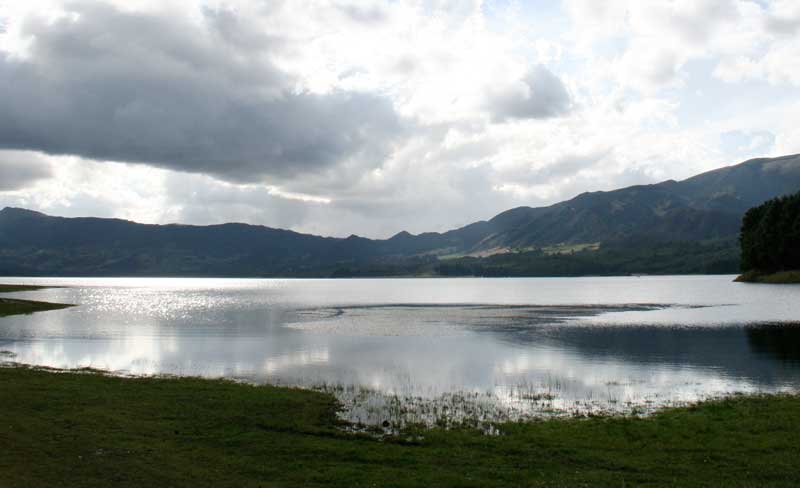