Home Opinion Why a long-term vision for Bogotá is crucial in the 2019 mayoral...
Twitter
WhatsApp
Linkedin
Facebook 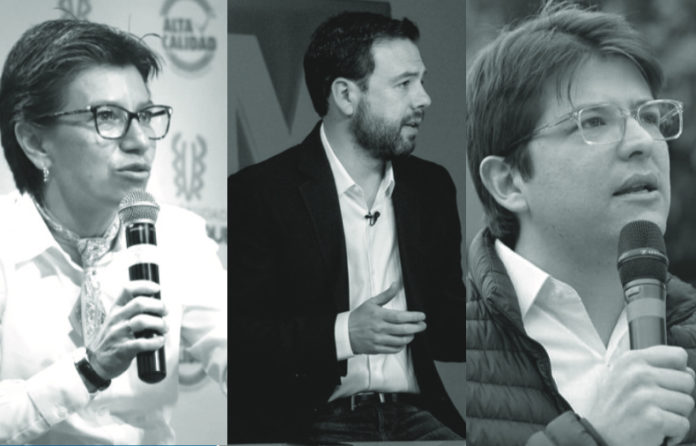 Last month, on this very page, I vented my frustration at the lack of civility on Bogotá’s streets and scourge of the so-called colados (bus fare evaders) of TransMilenio. As expected, I received welcome feedback from many readers, the majority in agreement with the overriding message that protest – and freedom of expression – are inalienable rights, but never at the expense of endangering others or vandalizing private and public property. But sadly, despite many initiatives to strengthen security in the capital, the message has fallen on deaf ears, and with a decisive mayoral election on October 27, the majority of Bogotanos don’t feel safer than they did four years ago when mayor Enrique Peñalosa was elected. So even though I am not planning on barking up another tree of grievance – as my previous edi- torial – this month is key in knowing the names of the official candidates in the race, and among many issues to be decided at the ballot is security.

Even though a handful of candidates have emerged as front-runners and are in the process of collecting the necessary signatures to officialize their campaigns, three have begun to reach out to potential voters, among them Claudia López, Carlos Fernando Galán and Miguel Uribe Turbay. The spectre of other names emerging remains wide open and possible political alliances still a distant prospect. What we can tell from this early start of the mayoral race is that there are different visions of how Bogotá needs to be governed, and above all, projected into the future. And not a future that depends on one four-year administration. Like many other large cities around the world that count with populations that are twice, or even three times larger than Bogotá, urban development is thinking decades down the road. This long-term vision has been desperately lacking in a city of nine million inhabitants, and as recent history has shown us, when one administration ends, so too many well- thought out policies to be replaced by improvised initiatives.

One of the marked differences between Bogotá and Colombia’s second-largest city, Medellín, is the latter’s capacity to build on the strengths of previous administrations, and this is evidenced in many aspects of the capital of Antioquia: starting with its transportation infrastructure in which the Metro is just one protagonist of integrated mobility solutions. Bogotá has adapted some of Medellín’s pioneering initiatives into its own urban landscape, such as the TransMiCable cable car that after years in the works finally took to the skies last year.

Another differentiator between Medellín and Bogotá is how the public receives – and perceives – this large-scale infrastructure. In Medellín, there’s an overwhelming sense of pride in urban renewal and residents are aware that their city has become recognized around the world for its sustainable use of land, award-winning green corridors and socially inclusive cultural and educational facilities.

Sadly, in Bogotá’s case, a city with a long history of welcoming people from all corners of the country, a sense of ownership is lacking, and best expressed with the word in Spanish – apropiación.

Polarizing the public to gain the political upper hand is one reason why Bogotá must break with the past in these upcoming elections. If our top-tier candidates are genuinely committed to the well-being of the capital, they must reach a consensus on what has been accomplished under the administration of Enrique Peñalosa, critical on many issues, yes, but giving credit where credit is due. If the message reaches potential voters during a campaign that has to be about ideas and not power, then Bogotá stands a real chance to build on its reputation as a great place to live, cultural enriching and rife with possibilities.

I find Bogotá to be fascinating, which is probably why I find myself writing about the city on this page, rather than directing it toward other, yet equally important issues that affect the country. But it is July, month of the bicentenary celebrations and with the summer holidays upon us, there’s no better excuse than to get out there and visit a museum, sit in a park, or ascend to the top of Monserrate in one of the new cable cars. The view is always a treat and a reminder that when it comes to cities, Bogotá is impressive. A message that also needs to be reaffirmed among candidates this campaign season.