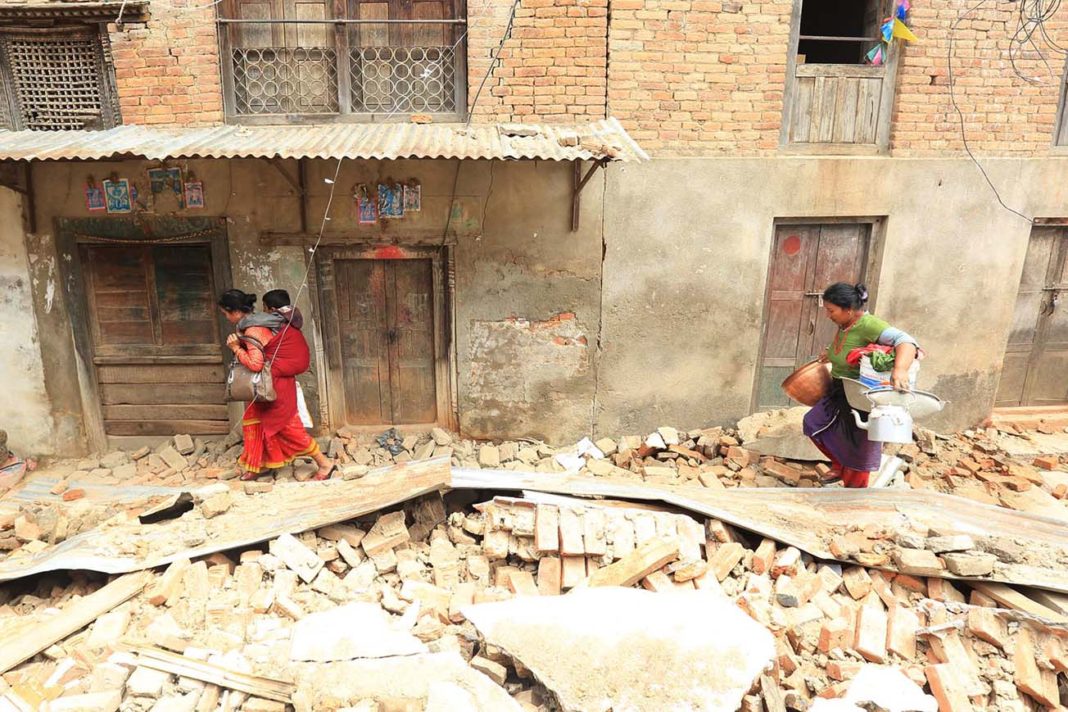 The world is drowning in disasters. Today, the dual threats of climate change and human migration mean we are experiencing an increase in the intensity and frequency of natural disasters — a trend that is expected to continue. The numbers are staggering: Between 2000 and 2012, $1.7 trillion in damage; 2.9 billion affected; 1.2 million killed.

In the wake of disasters and in the midst of mourning and loss, individuals and families almost always need help rebuilding their lives and livelihoods. To fill the need, the international disaster community responds with immediate aid, disaster recovery, longer-term disaster risk reduction and often, though not always, generous financial support. It’s often said that the disaster aid community is like the Olympics of care: good people bringing needed help to the most vulnerable.

Unfortunately, this goodwill sometimes falls short of expectations. These failures can range from a lack of donor funding for disasters outside the spotlight of the international media to investments in infrastructure that ultimately don’t meet the needs of communities.

The aftermath of the 2004 tsunami is instructive in understanding some of these failures. When the earthquake and tsunami hit nations in the Indian Ocean in 2004, more than 230,000 lives were lost. In total, the tsunami displaced more than two million people in Indonesia, Sri Lanka, Thailand and India, and completely devastated more than half a million houses. While Thailand did not experience the extent of deaths, displacements and economic devastation as some of the other nations affected, the toll was nonetheless severe: 4,812 confirmed deaths, 8,457 injuries and nearly 4,500 people missing. Additionally, 3,539 fishing boats were either damaged or wrecked — 93 percent of those boats belonging to small-scale fishers living along the coast who depend on such vessels to provide their entire families livelihood.

In the aftermath of the storm, disaster experts, aid workers and international aid organizations helped rebuild communities that had been wiped out by the waves, crushing debris and inundation of the coastline. On the Thai island of Koh Phra Thong, a fishing village called Bak Joke was destroyed by the waves and the national government — in conjunction with international aid organizations — built extensive new infrastructure named Lions Village two miles from the coast. This “buffer zone” between the village and coast lowered the chances that another tsunami, earthquake or storm would threaten the safety of residents and the solidity of their now tsunami-resistant homes.

Unfortunately, by 2014, Lions Village was abandoned. Community members had either relocated to mainland Thailand or rebuilt smaller homes in the old town of Bak Joke, which was near the ocean. In this case, the livelihood of the community — namely, fishing — made living in Lions Village impossible. It was too far from the ocean.

It turns out, you can’t help a fisherman if you don’t account for the sea.

The reasons individuals and families abandoned Lions Village are complex, but the pattern of abandoned infrastructure built by aid organizations happened throughout the nations affected by the tsunami — often for reasons similar to Lions Village, such as the lack of access to traditional livelihoods and other local considerations in planning and development.

We believe what is missing from many disaster-recovery plans is the notion of culture. Across the world, small neighborhoods, communities and villages have particular customs, economies, family networks and needs that are unique. These customs often keep people strong during times of crisis and disruption. Investing in what a community wants, and investing through organizations and pre-existing networks, are ways to make disaster aid efficient and effective — and to ensure effort is not going to waste.

International organizations know this, and many are striving to empower local communities and civil society. However, putting culture at the centre of disaster recovery is hard because it means moving away from standardized “one-size-fits-all” solutions. Putting culture first means creating partnerships and true collaborations among national, international and local organizations. Sometimes, it means giving full control of financial means and planning procedures to local people — even when local solutions are surprising and divergent from national and international planning.

Disasters are all around us. More than half of the world’s population has experienced one kind of disaster or another. Disaster aid is the international community’s attempt to intervene to relieve suffering now and into the future. How this aid is distributed and who ultimately makes decisions about the best way to relieve risk in the present and future are essential questions. Putting culture first and bringing to the table the meaningful participation of local people may ultimately be the world’s best bet to face the threat of disasters and lower global levels of risk.

A splash on the world’s stage?