Colombia trumped 88 nations last month when a Miss Colombia was crowned Miss Universe. Moments after the beautiful Paulina Vega received her diamond tiara and sash, the people of Colombia took to celebrating the victory with the same fervor and passion as last year, when the national football selection swept to the Quarter Finals of the Brazil World Cup, thanks to spectacular goals by James Rodríguez and team.

Standing in the glare of the media moment, the patron of the pageant, billionaire Donald Trump, stoically congratulated Miss Vega for her achievement in clinching a crown for Colombia, and after a 57 year wait. The king of Manhattan real estate is no stranger to these shores, though, as he has scouted the Colombian coast for investments and now joins a growing list of tycoons who are looking south to establishing a foothold in Latin America to expand their corporate and commercial interests.

Last month, facebook’s founder and CEO Mark Zuckerberg actually visited Bogotá to promote a digital connectivity platform which could unite millions who haven’t had access to the world wide web.Initiatives by big business to invest and push for growth and new opportunities is welcome for a country grappling with the very real prospect of peace this year and the start of a post-conflict reality.

Even though the projection for economic growth was bumped down last month a little more than a percentage point from 5% to 3.6% given the oil glut and the prospect that the Santos government is going to have to balance a budget based on dwindling oil and gas revenues, the country is still very liquid and while some sectors struggle others have witnessed a resilient comeback. Take the Colombian flower growers, as one example. Having one of their best seasons in the last decade due to the recent devaluation of the peso versus the greenback, Colombian flowers are sure to be a big seller this month as millions celebrate Saint Valentine’s Day. And Forbes magazine in a recent ranking of the top 25 countries to retire, placed Colombia 8th, just behind Malta and Spain. Olé!

Even though Colombia has been very much in the news for the advances made during the last two years in Havana, Cuba, with the peace process (and one supported by many nations), this country must take the positive press, and rather than bask in it, grow from it.

The end of this conflict, which has raged unabated for 50 years, should turn around the countryside bringing with it some prosperity and investment, especially to remote communities where social infrastructure is scarce. While the country looks to boost foreign con- fidence by marketing the country with costly television spots on cable networks and in inflight magazines, increasingly there is a dichotomy between the Co- lombia of red carpet treatment and the Colombia where carpets and running water in many households are non existent.

On the island of Barú, which juts out from Cartagena, there are plans to build PGA golf courses, and to host in- ternational tournaments on par with the very best. While Dubai can afford to turn deserts into race tracks and manicure artificial greens, for the lo- cals of Barú, whose main source of in- come is selling trinkets and T-shirts on the beaches of Cartagena, the prospect of a Five-star enclave doesn’t mean they’ll
be given public utilities overnight, nor a bridge to the mainland which would cut travel time for many women, who work in the Old City as domestic help.

Social inequality, poverty and exclusion are very real issues many tourists tap into when visiting a country for the first time. Although we can’t whitewash our reality, we should be more aware of the harsh conditions many Colombians are subjected to, as the country catapults its way up the ranking of “must see” places.

Even though there are reciprocal reasons why the Colombian Government decided on December 1st to slap Canadians tourists visiting Colombia with a COP$160,000 entry “fee”, the measure seems arbitrary and ridiculous, when last year some 41,000 “snow birds” decided to spend their hard earned money visiting this country, when they could have chosen the “all-inclusive” Cuba.

What the Colombian government should be doing is pushing greater connectivity with Canada, rather than punishing its citizens with a tax upon arrival. There’s a certain arrogance to this measure, and one which could work against Cartagena and the country as a whole. Canadians like to spend their savings wisely. They are experts in micro man- agement, hence, the success of Canada’s banking system.

With two weeks vacation a year, my fellow Canadians adhere to an adage that “they have a choice” when it comes to international travel. They might come to Colombia once, but if they feel they are singled out amongst other nationals, they’ll take their $80 dollars elsewhere.

I thought I wouldn’t get to Cuba in this editorial, except when having to mention the peace process. And while this month, there will be more news from the island, as well as Bogotá hosting the annual tourism fair, Anato, it’s important not to loose perspective. We might have won the crown of the Universe, but we could lose another, much closer to home, our coveted tourism tiara, if we start treating visitors with certain disdain. 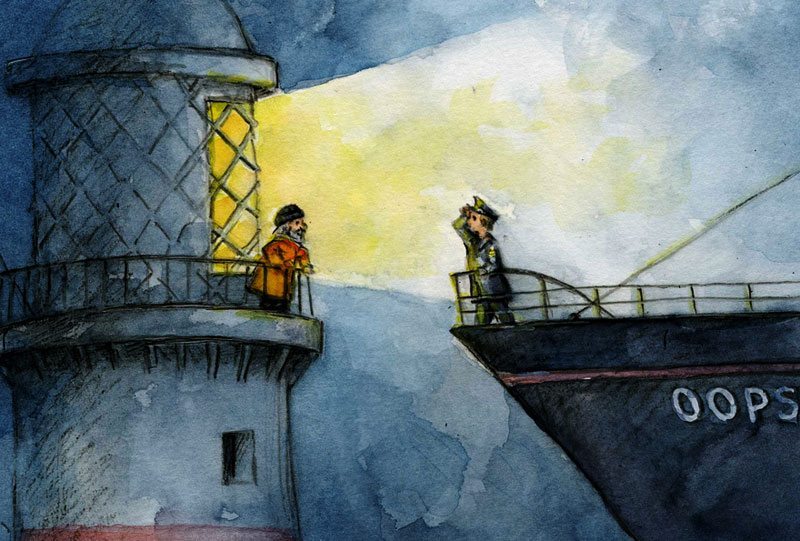