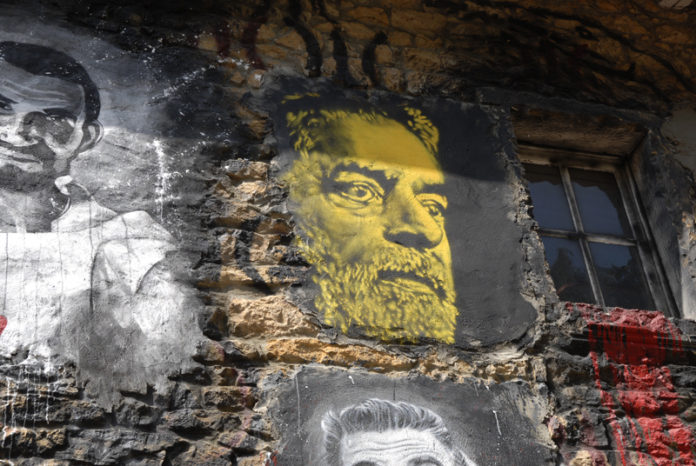 Latin America’s most important revolution in half a century has been underway in Brazil for more than three years, but few outside the county have any idea it is going on. Even in Brazil, as the rebels’ campaign openly blasts away at the power and reputations of the country’s ruling elite, many still refuse to admit that it’s even a revolution.

But Operação Lava Jato, or “Operation Car Wash”, may be a strange rebellion, but it’s also real and potentially transformative. For Latin Americans serially seduced, misruled or terrorized by gun-toting leftist guerillas in berets, or gun-toting rightist Army officers in oversized hats, its strangeness may be one of its most revolutionary qualities.

To the extent that it is led by anyone, Car Wash is led by a judge, Sergio Moro of Brazil’s Federal Court in Curitiba, the sleepy Capital of Brazil’s Paraná state. Backed by an army of plodding prosecutors in dull, ill-fitting suits, its leaders are the antithesis of both romantic insurgents like Fidel and populist caudillos in the mold of Peron. It’s attack on injustice is blessedly bloodless. It doesn’t seek to sweep the state away; it aims to defend it, by forcing its leaders to obey the law.

Brazilians are not surprised by corruption, just resigned to or coopted by their leaders near-total impunity to prosecution. Car Wash broke the spell, inspiring other corrupt or cowed judges and prosecutors to join in and millions to take to the street or social media at each blatant attempt by their leaders to block it. The logic of plata o plomo has been broken.

Taken by surprise, those caught in its dragnet have turned on each other, denouncing their co-conspirators’ in an effort to save themselves. Car Wash is now on the verge of toppling Brazil’s entire political class.

Dozens of business leaders, money launders and politicians of the left, center and right have been arrested, convicted and jailed. No party that has had a hand or even its pinky finger on Brazil’s wheel of power since the end of the 1964-1985 military regime has been untouched.

Five of the last six presidents, eight sitting government ministers, 11 current or past governors, 39 congressmen and a third of the Senate are under investigation or indictment. Thanks to Car Wash, the current president, Michel Temer, may soon be removed from office, a post he only holds because Operation Car Wash helped spark the impeachment of his predecessor, Dilma Rousseff.

The Car Wash exploded in 2014 from a local money-laundering probe in Curitiba, a state-capital in Brazil’s south. Judge Moro and the Car Wash prosecutors tracked the dirty cash to a currency exchange operation above a gas station, home to a car wash, in the capital Brasilia.

The cash led Car Wash to state-led oil company Petrobras where it found evidence its executives, selected by Brazil’s then President Luiz Inacio Lula da Silva of the leftist Workers’ Party and his centrist and rightest allies in Congress conspired with a cartel of Brazilian construction companies to fix Petrobras bids and inflate project costs in exchange for bribes, and campaign kickbacks.

What Car Wash uncovered is probably the biggest corruption scandal ever exposed anywhere. The $2 billion of bribes tracked to Petrobras alone represent the largest such corporate-bribery scheme in history. But it wasn’t just bribes. Prosecutors are seeking, from the initial investigation alone, $12 billion, including fines.

The Petrobras scheme was duplicated on every major public works project and state company and on the 2016 Rio de Janeiro Olympics and 2014 soccer World Cup.

But that’s only the tip of the iceberg. It was exposed just as Brazil’s commodities boom went bust and plunged Brazil into its worst recession in decades. State companies, dependent on both state and private investment and responsible for about 15 percent of gross domestic product, were forced to admit their frauds and scale back or delay projects for which they borrowed heavily. Petrobras, and its contractors were forced to lay off tens of thousands of workers write off tens of billions of dollars in corruption tainted investments and renegotiate tens of billions of dollars of debt.

The full cost to Brazil’s treasury and taxpayers, its economy and tens of thousands of investors at home and abroad already runs into the hundreds of billions of dollars. As new arrests lead more corrupt politicians and businessmen to admit guilt and rat out their co-conspirators crime, the list of disgraced leaders grows. Car Wash seems far from over.

Those who attacked Car Wash as a thinly veiled attack on Lula and Rousseff’s popular leftist governments, a judicial “coup”, must now deal with the fact that the man who led Rousseff’s impeachment is himself in jail for corruption. Lula and Rousseff are both accused of being on the take. Rousseff was also chair of Petrobras’ board when the biggest cimes occurred and it  was investing $40 billion a year, more than any company on earth.

The revolution is spreading. Evidence, including records from a secret bribery division at Brazilian global construction giant Odebrecht, have sparked probes in the United States, Europe, Africa and across Latin America. Car Wash evidence is behind prosecutions in Peru, Panama and Ecuador.

There are dangers. The removal of nearly all of Brazil’s experienced leaders could open the doors to inexperienced or radical leaders, a Brazilian Trump or Le Pen. Italy’s mani pulte (clean hands) investigation, a model for Moro and Car Wash, swept away a similarly corrupt elite in the 1990s, leading to the election of Silvio Berlusconi, a mercurial and unethical populist. Italy is only now recovering.

Car Wash lacks the romance of a guerilla insurgency, or violent certainty of a military coup, but considering its impact so far, and the failures of Latin America’s more exciting revolutions, it is a compelling model for real, peaceful and lasting change.

About the author: Jeb Blount is a freelance journalist based in Rio de Janeiro and  former correspondent for Reuters, Bloomberg and Platts.