Inasmuch as I am sorely tempted to hang the Alcaldia out to dry and air a dozen intimate grievances with you, one for each of the 12 halcyon days of summer for which I was in the employ of the public sector, I fear that my only recourse is to share a few select and brief insights into the machinations of our fine capital’s political engine as seen through the eyes of a foreigner.

Putting pen to paper on a contract of this type was for me was a level of acceptance that I had only done once before, but never overseas. I was excited for the change in rhythm to my life and to be involved in Bogota’s local politics and be permitted to finely tune progressive ideas through the composition of academic documents. To be seated in an office and engage in banter all seemed so juxtapositional to how I had carved out my freelance life over a period of no less than 10 years and 4 months. To be assigned a cubicle was so thoroughly exotic and to have come this far in Colombia meant that I now had a level of self-belief that perhaps no longer exists.

So why did this “dream position” only extend and convert itself into a hardly auspicious 12 days in the Palacio Liévano?

The upside to my resignation was being viewed as a comic genius within the rank and file of the expat community. This led to greater interest in my writing, my radio show and indeed an increase in invitations to dinner and drinks. Reviewing my various Facebook status updates to see what was going through my mind at the time, the warning signs were all there:

19 August 2014: I’ve been freelance for 10 years and 4 months. Tomorrow, I break this “sabbatical” and sign a contract for formal employment. Bye-bye siestas.

4 September 2014: Is wondering for how long he will remain in the public sector.

8 September 2014: Isn’t there an unwritten code that stipulates that office workers may not eat fish in the work place?

And my favourite response to my resignation was from my friend Marcela: “Mr McColl, I´m so glad you are out of there. You got to see the even deeper darker Colombia.”

It was a darker Colombia. One that I was in no way prepared for.

I will just say that the Colombian system lived up to and surpassed every notion and stereotype that you would expect from the public sector.

It was neither the office cubicle lunchtime desktop fish eaters, nor was it the incessant cold in the Alcaldia that required people to wrap their legs in blankets and don a scarf to sit down at their posts, nor was it the backstabbing and academic snobbery which found me jumping ship. No, I think that in addition to the discomfort of an 8-5 (which I never adhered to anyhow) it’s possibIe that I arrived at too advanced an age to the public sector. On the threshold of 38, I was already too steadfast in my professional ways to be overly malleable to permit and accept my work be reviewed by a further 15 people and delay a upwards of a week in the process and then to have it tossed back at me as “not ideal” with zero feedback.

I think that perhaps the lack of cohesion within the political departments in the institution, the number of meetings called and the fantastic lack of any incentive to produce work that is fostered in the public sector all played their significant roles in my decision to leave. Naively I believed that we were all working in the publics’ interest and for the good of Bogota. What I found, alongside colleagues far from representing the intellectual panacea expected, was a nescient band intent only on retaining their jobs through the forthcoming change in administration in 2015. And how best to do this? By undermining those around them of course. It reminded me of an event several years ago in Mompos where, enjoying a particularly robust low season for visitors in the hotel, my Casa Amarilla became the object of some unchecked envy by other hotel owners and we were subjected to witchcraft. A trussed toad was found buried beneath our stoop signifying, I am now informed, a spell used to damage a business. Instead of placing a spell to improve their own income and businesses, our rivals in this circumstance preferred to see us all to suffer.

While my habit of flitting between Mompós and Bogotá had previously seemed to represent a schizophrenic change of pace and lifestyle, now, these episodes made me understand that the two worlds within Colombia, are not all that different.

Seated once again on my sofa with my laptop open and scouring the national press and pitching stories to the international media feels more comfortable. My espresso machine serves as an intravenous drip of caffeine to maintain my addiction to the freelance life and here, I can remain completely ignorant to the empty and honeyed fawning identified by whimsical purchases of chocolates and folkloric tat that takes place in office environments during the Colombian month of Amor y Amistad. The only roses on my desk in the alcaldia would have been those offered in celebration of my hasty and decisive escape from a certain torment and stifling of my writing career. I have, however, been provided with some excellent material for further copy. I have no regrets. 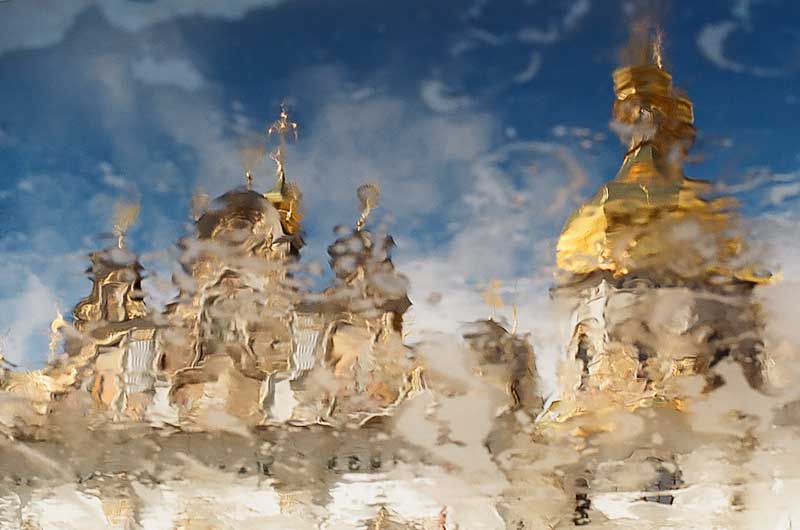 My time in the Ukraine