I sat down with the former, and future, mayor of Bogotá several years back at one of his favourite dining spots in the city. Enrique Peñalosa was a jovial lunch companion for the theme of an article I had been commissioned to shoot titled: “My last meal.”

The story ran seven years after Peñalosa had finished his first term as mayor and had recently returned from London, where he shared TransMilenio’s success story to a house full of transportation gurus.

Editors were keen on a Bogotá “transformation” story and Peñalosa confessed over a bottle of Argentine Cabernet that he “got grey hair from fighting to build cycle routes.”

It was all in good fun, and while Antanas Mockus was still very much in the news reminding us that we were all a bunch of clowns, Peñalosa was relishing in an afterglow of mayoral successes, having expanded sidewalks to Fifth Avenue splendour and organized roadside parking by planting bollards.

And the capital — yet to be discovered by the outside world — was very much a safer place in the post-Mockus and Peñalosa years. Even the drug district of the centro, El Cartucho, had been bulldozed to make way for a park — the Tercer Milenio.

And if Bogotá had an anthem, it was Talking Heads’ “(Nothing But) Flowers” — “Once there were parking lots, now it’s a peaceful oasis.”

Mockus’ mimes went on to finish degrees in mathematics at the “Nacho” when his second term as mayor ended after only two years, in 2003. A year later, the Polo Democrático party swept to power with candidate Luis Eduardo Garzón.

Here was a man with a generous heart and good intentions. From setting up community food kitchens with the programme Bogotá Sin Hambre to helping families grow veggies in urban orchards, Garzón’s socialist administration went over well with the majority of Bogotanos.

“Why?” you might ask. Because he never pitched rich against poor. We were one city in need of food security.

Samuel Moreno’s mayorship was nothing less than disastrous and ended when he was ordered-out of office during a major corruption scandal.

Left to lead this city with half-completed infrastructure, Clara López was the interim mayor before Gustavo Petro took the oath of office in 2012.

After four years of Petro, this mayor’s legacy has yet to be fully understood. We have covered many of the pros and cons of the this beleaguered administration and there is one characteristic which can’t be overlooked: Petro did pitch rich against poor.

The language of resentment shouted from the Palacio de Liévano, entrenched itself as frustration on our streets. Now, we have to reconcile differences.

Peñalosa stated on election night that his administration will be one “of the people” and “for the people”. Having voted for change and handed this front-running candidate a clear mandate of 31%, Bogotanos can’t expect the next four years will deliver a panacea for all our troubles.

We may have a familiar face in the second-highest office of the land, but the responsibility whether we can pull of a better quality of life depends on each and every one of us.

We all would like a more liveable city. But how often are we to blame for holding up traffic while texting, or double parking so we can save some pesos?

No, Petro didn’t fill as many pot holes as he promised, nor build more schools to end illiteracy. But he did work to protect animal rights, ban bullfighting as a “sport” and re-organize SITP bus routes so that Bogotanos could somehow get from Engativá to Mazurén in under two hours.

Maybe we had too many No Car Days which hurt businesses, big and small, but those will not end with Peñalosa, either. Our next mayor loves cycling and may even propose a tax hike on new cars, in order to curb Bogotanos’ appetite for wheels every day of the week.

To have blamed Petro for less-than-tangible results with clean air during his many Días Sin Carro is akin to slamming Obama at the COP 21 climate summit in Paris for not doing enough to curb China’s carbon emissions.

We ultimately are the ones responsible for cleaning up after our own environmental mess. The next four years will see important changes in the way things get done for Bogotá.

Peñalosa is experienced at urban problem solving and uses his words sparingly. His will be a calculated administration and we can’t expect too much too soon.

But as contender, Rafael Pardo stated: “We are in good hands.”

And now, I’ll let you in on a published secret. What was Peñalosa’s “last meal?” Criolla gnocchi with Brie. 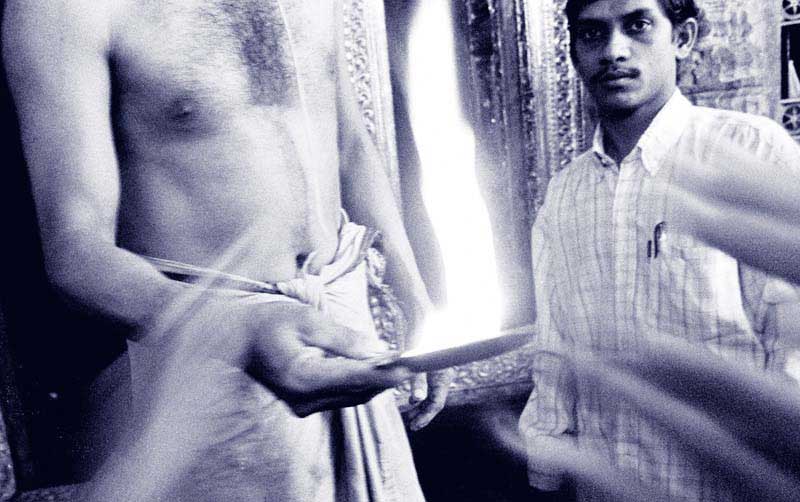