Don’t be mistaken, the peace accord in its current form is purely political. But what is ahead of us is strictly economics. Of course, my comments are only to be taken into account should a final agreement be signed between the FARC and the Colombian Government on March 23. Hiccups such as those in La Guajira and Caquetá notwithstanding, everything is going according to plan.

This will not be a peace for Colombia, this is a peace accord drawn up between a section of the FARC and the government of President Santos. And just as we are all going to have to accept that this peace agreement is only designed to end the “armed conflict” and not end violence in Colombia, so are we going to have to alter our lexicon regarding the rebel group.

As aforementioned, when the ink has dried on the final agreement and Nobel-worthy photographs have been snapped, President Santos’ government will be bringing an end to an armed conflict with FARC (who look to insist upon continuing to use the quixotically insufferable suffix EP) but the violence will remain and possibly increase. No longer will we speak of the peace dialogues, unless speaking of potential talks with the ELN, for with FARC we will be in the throes of the “post accord” period.

The good folk in the Palacio de Nariño continue to ruminate on fanciful designs for a “pedagogia para la paz” to enable and facilitate the necessary transformations and transitions required to ease society into a post accord Colombia. Dare I ask, when, if ever we might be party to a glimpse of this plan? Before I am brought up on charges, I am aware that the government has placed ‘Conversemos en Paz’ on the Canal Institucional, and ‘La paz en foco’, on Canal Capital but short of replacing the dependence-inducing telenovelas on RCN and Caracol, very few Colombians will or have tuned in.

Much has been written about what has been included, excluded and forgotten in the General Agreement on how to bring the conflict to an end. We must consider that this document – and what is on the paper at the very least – in its brevity in addressing the six-point agenda is merely a guide. When you look beyond the legalese, what is evident is that each phrase has been carefully sculpted to endorse strategic calculations by both sides regarding the future political positions of each party.

What is at stake now are the dynamics of Colombia’s political future. We know that if peace is to be properly achieved, there is the need to alter the mental, moral, economic, political and social attitudes in the country. This is not attained by signatures on a page alone.

That we are likely to experience a referendum through a qualified voting plebiscite is a curious development in Colombia’s oligarchic democracy unless of course President Santos wobbles in the lead in and decides to sign off on the accords, in a total disregard to the norms of jurisprudence, and declare it for the “greater good” of the nation. However, if President Santos sticks to his guns and goes with the plebiscite vote and is successful, there’s also an additional and precarious item to debate.

Thinking ahead, if the political dynasty being constructed by President Santos and Vargas Lleras fails to consolidate and dominate the halls of power for the 2018 elections, there may be a vague threat of trouble on the horizon.

A plebiscite vote is a government decision and not a state decision. In this case the decision reached by the plebiscite could legally be overturned by the next President if that were his wont. More than a legal function, the plebiscite vote is a political one, and despite my concerns voice here, it would be incredibly difficult to overturn if it is majority supported. However, there exists the chance, if only a small one. Arguably, stranger things have happened in Colombia.

But, as I said before, all of this now is political. What lies ahead can only be a story of economics. Colombia requires a firm hand to lead the nation through a systematic series of reforms and decentralization to enable a greater participation from the nationwide social structure. With the peso at its current level, now is the time to bring in socially-aware foreign investment to pave the way towards an economic redistribution – to permit for internationally credited and forward-thinking enterprises – and provide dignified employment for swathes of the country.

Colombia is experiencing a state of economic change as the bottom falls out of the carbon-based energy market upon which the economy was so dependent. Let’s not cry over spilt milk about what the Colombian government failed to do regarding a diversification of the economy during the halcyon years prior to the financial crisis of 2007.

It’s now the time to throw a buoy to small businesses in the form of reduced taxes, low interest loans (compensating this reduction in income by charging on large enterprises and their annual dividends and taking a hard look at why many people prefer not to pay taxes as persona natural) and encouraging private investment.

Peace with the FARC is almost upon us just as the nation’s coffers are at their most barren. It’s time to rethink the economic strategy. 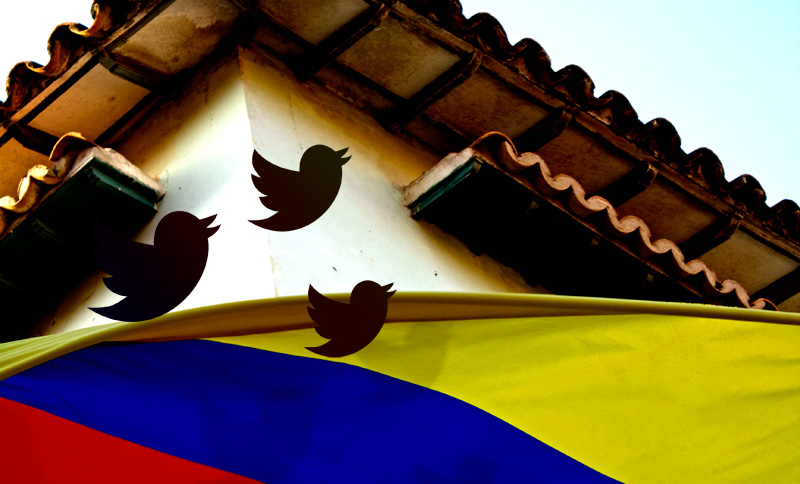