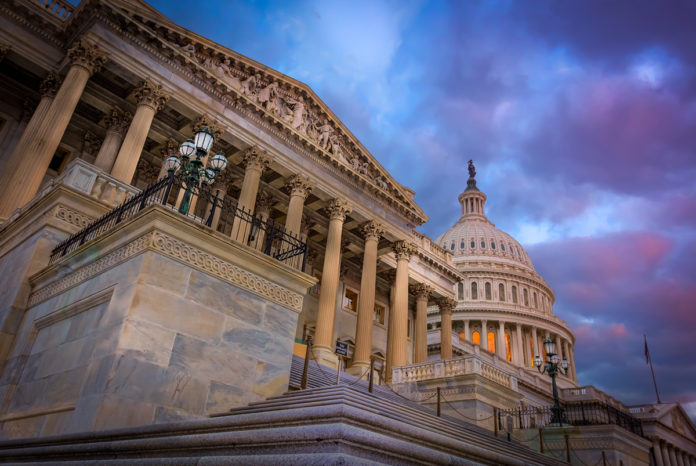 Did Donald Trump’s congressional speech set a new tone to his presidency? Many commentators have praised the much milder and considered rhetoric he took, finally cracking out from his harsh and contrarian persona. How reassuring is this for those who still believe and champion liberal democracies and globalization? Not very much in my view.

There is for sure an impossibility of the contrarian that Mr. Trump will have to face: How far can one go in reversing the global order?

Reality might be much harder to mold in his vision than he is willing to admit.

Globalization certainly has its limits. The world has grown faster, but the costs of adjusting to a competitive global market have been underestimated, especially in rich countries. Income inequality has soared and what wealth that has been gained has been “distributed” unevenly. Yet raising protectionist barriers in the United States is not the best way to reassure and improve the welfare of those economically left behind. Imports will be more expensive and translate into more retail tax for consumers. If this tax targets the cheaper, low-quality products from emerging economies, such as China and Mexico, then it will especially harm low-income consumers – many of whom voted for Mr. Trump.

Equally, it is not through moral suasion or fiscal threat that manufacturing activities returning to the United States will create the jobs lost in the recent “off-shoring” season. Companies moving their plants back will use highly automated production processes. Yes, they will create jobs, but in the medium to high range of the salary scale and not for the unskilled blue collars.

And so protectionism is not a zero sum game. It leads to a rapid and devolved tit-for-tat process of knee-jerk action and reaction. If the U.S. erects trade barriers, the same will happen with their products in its export markets. American companies will lose, or rather, be forced to produce directly in those markets where they wish to do business. Trump’s protectionist strategy might die down quite a bit; given it would be economically costly and because of its inability to achieve Trump’s ultimate goal to give back hope to the dispossessed.

Yet, this prediction might well be wishful thinking if ideology prevails over sound realism. “America first”, in my view is nothing else than revived nationalism. It’s the vision of “let’s make our country richer, even if our policies are costly for others.”

Globalization, instead, has been a hesitant, yet steady path, toward dialogue and integration, the spread of the values of liberal democracies and toward reciprocity: the principle that all countries, through integration and competition share a common space to grow together. The United States has always been in the driving seat of this process.

“America first” says that this process is no longer worth pursuing. This is very powerful rhetoric. Practically, it is a policy that will immeasurably change the underlying principles that have governed global economic policies for the past 70 years. Changing course implies moving toward uncharted waters. But if Trump’s rhetoric is strong enough however, “America first” will unfortunately keep on sailing through.

About the author: Giorgio Barba Navaretti is Professor of Economics at the University of Milan, Scientific Director of the Centro Studi Luca d’Agliano and Distinguished Visiting Faculty a SciencesPo Paris. He has a PhD in Economics from Oxford University and a Degree in Economics from Bocconi University in Milan. He writes a weekly column for Il Sole 24 Ore.