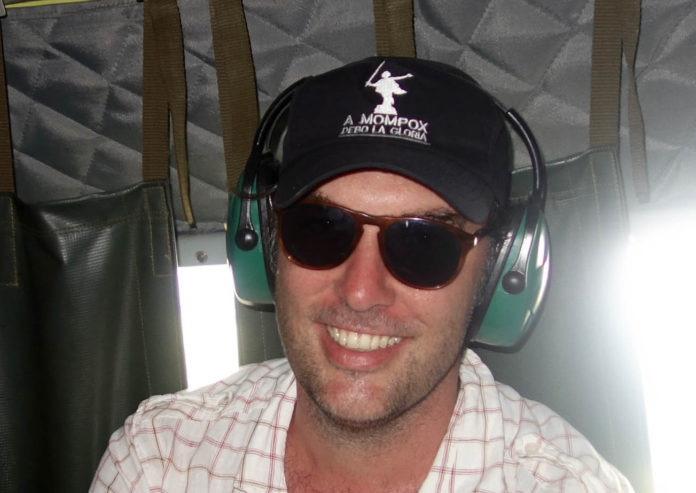 Six years into my life in Colombia I reached an impasse. My life as a journalist was stagnating somewhat, I was no longer prepared to write fluff articles about the thread count at the latest luxury boutique hotel in Cartagena, my “friendly” editors overseas had moved on and the new crop were seemingly uninterested in Colombian news and tourism – the constant chatter of gossip and unpleasantness in the world of tourism – was reaching an overdue end for me. It all seemed so superficial and subject to unnecessary in-fighting and petty rivalries when we were all supposedly pulling together in the same direction for the greater good and for Colombia at the same time.

I wanted something more. It was time to take a macro look at Colombia and myself. I had too decided to distance myself from my Mompos project, the Casa Amarilla, as the hotel was running itself. And I needed to make good on a promise made to myself at the beginning of this venture – albeit two years late – that I could now hand it over completely to my local staff and start to occupy myself with a more profound exploration of Colombia and writing.

It is never that simple of course and the five-year plan to have the Casa Amarilla up and running and out of my hands had extended to seven years and I was still going to be the person involved in attending the business forums, answering the emails and working on the publicity almost on a bi-hourly routine.

Now I wanted more, I wanted to put my experiences in Mompos and my academia to work and to move in a different direction, offering a more complete, long form and readable journalism to engage an interested and informed readership. This was the way I would be able to contribute to Colombia in the future, I thought. During my professional MA in Conflict Resolution at the Universidad Javeriana, a teacher educating us in alternative methods of conflict resolution advised us to subir al balcon, as if to view all problems from a raised vantage point. At times, I felt that a more fitting recommendation was to throw oneself from the balcony in despair at the unending cycles of corruption, nepotism and pig-headed stubbornness to progress and to change which one encounters here.

Then came a venture into unknown territories as I embarked on a doctorate. Everything I had previously learned was to be turned on its head and approached from a more South American standpoint. The challenge now would be to unshackle myself from the undignified and disrespectful manner of European/ North American superiority towards my adopted homeland.

It was certainly interesting to start reading progressive philosophy from the “developing world” and I enjoyed turning my back on some of the literary bugbears of my undergraduate career in Exeter, preferring to find relevant authors from Argentina, Brazil, Bolivia and Colombia. In fact, the transition was reasonably easy as soon as the debacle of the Brexit decision in the country of my birth occurred and the pictorially led misery of the thousands of desperate migrants attempting to cross the Mediterranean on a daily basis became the norm in our press.

The effect of this change in rhythm to my life in Colombia, now approaching its ten-year anniversary, has been relatively dramatic. When previously my arguments would hark back to knowledge absorbed in the old world, and result in my reasoning to include half-baked explanations based on issues which I would take for granted in a previous life, now, I find myself putting each situation into a thoroughbred Latin American context. Consider it a filter on life.

This is not to say that either school of thought is wrong, far from it. But, in the context in which we live, it probably doesn’t serve much of a purpose to recolonialize our development and future progress. As it stands, we will continue to be subject to the norms and cultures thrust upon us by those industries, no longer countries or nation-states or empires, but enterprises and multinational companies with the economic clout to do so, and this shouldn’t be too much of a concern, if after all we are permitted to recognise and understand those entities of control and power.

Making a comparison to Europe or North America here in Colombia can no longer be de rigeur. The times have changed and Colombia needs to look within the continent for inspiration and partnerships, for platforms of shared political articulation, economic and commercial integration and future projections. As I mentioned previously, as I approach the ten-year mark to my Colombian sojourn, Colombia has left me profoundly changed and definitely marching and thinking to a different rhythm. Colombia is the reason for my change and I heartily embrace it.

Editorial: The tragedy of the Caminantes