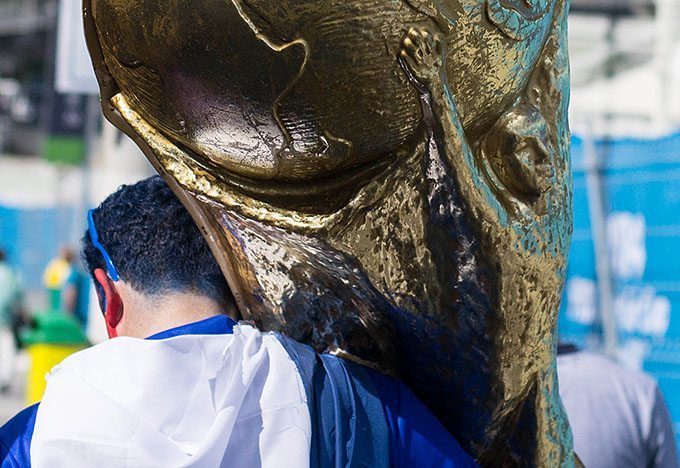 In a quote widely attributed to Albert Einstein, one definition of insanity is doing the same thing over and over and expecting different results. Welcome to the football world’s insanity.

Newly elected president Gianni Infantino announced with a flourish at the May Congress in Mexico that “FIFA is back on track … the crisis is over.” He meant, presumably, that we should no longer fear a new scandal around every corner. We should expect to see FIFA’s reputation pull out of its recent death spiral. We should allow ourselves to hope that things have changed.

Any optimism inspired by Infantino’s pronouncement lasted fewer than 24 hours.

The next day, Domenico Scala, chairman of FIFA’s Audit and Compliance Committee, resigned in protest at a stealth maneuver by the Council (formerly the ExCo) to undermine substantially the independence of its Audit and Compliance and Governance Committees. The new provision rushed through late in the Congress with no debate gave the Council the power to remove the “independent” (now in quotations, of necessity) heads of these committees. This power had previously rested with the Congress.

To be clear, the heads of committees designed to police the conduct of FIFA’s Council, amongst others, can now be “swiftly” removed by FIFA’s Council. This is not what robust controls and good governance look like.

Infantino’s response? Basically, trust us. “Focus should be on our actions and deeds, rather than on premature conclusions and speculation.” FIFA’s official statement asserted that Scala has “misinterpreted the purpose of the decision.”

FIFA headquarters is swarming with lawyers these days. Infantino is himself a lawyer. He understands how to draft tightly tailored language to achieve his desired end. The provision could have provided for emergency powers of Congress based on a credible suspicion of misconduct. But it didn’t. The public can reasonably conclude that Infantino got exactly the language he wanted.

About the author: Alexandra Wrage is a former member of FIFA’s Independent Governance Committee and served on the 2015 B20 Taskforce on Anti-Corruption, which drafted recommendations to G20 leaders.

Ms. Wrage is president and founder of TRACE, an international non-profit business association helping companies reduce their risk of bribery. A lawyer, she is the author of Bribery and Extortion: Undermining Business, Governments and Security, co-editor of How to Pay a Bribe: Thinking Like a Criminal to Thwart Bribery Schemes and the host of the training DVD Toxic Transactions: Bribery, Extortion and the High Price of Bad Business, produced by NBC.