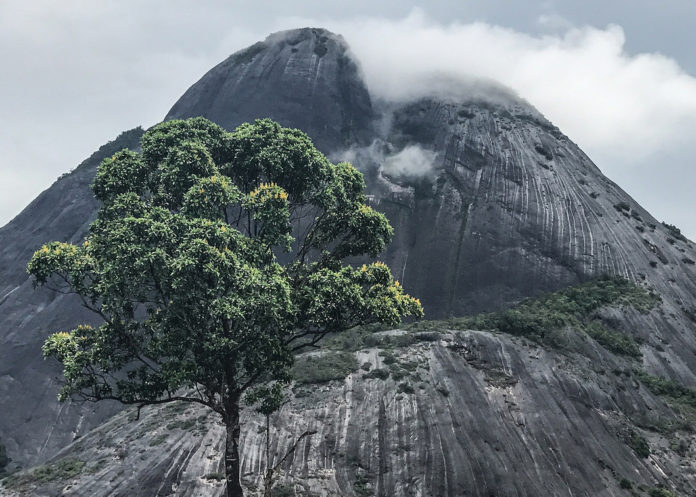 Once we go beyond some isolated slivers like La Candelaria, the Walled City and Villa de Leyva and enter the veritable Colombia of agro-industry, 18-wheelers, open-sky deposits of nickel, garbage and coal or former colonial villages which sprawl over and eat up the countryside and merge into the outer barrios of big cities they are an exact ugly replica of, the question of “gentrification” gives way to whether they, among many others, are indicators of a rise or fall in what U.N. bureaucrats call the index of “unsatisfied basic needs.”

I’ll have to address it from the standpoint, first, of my unsatisfied needs, the ones which drove me from the industrialized world more than 40 years ago, along with others refugees from a full belly and empty spirit who have settled here; and, next, the Colombia which has since driven me full circle in respect of certain illusions I held then.

One starting point might be a clipping about 10 infrastructure projects, financed by many millions of dollars funneled from national oil revenues to municipal and departmental governments, which were never finished or worked, like a plant for processing cassava that, once built, found that there wasn’t any to process. The fact that it could equally be dated today as eight years ago (when it appeared) or any year in the century before that is a perfect example of what the French historian Braudel calls the “persistent structures” of conservative societies and economic systems “trapped by the impossible.”

As a nutshell (the latter), I love it but acknowledge that Colombia never quite fits into that or any other one. Though I’ve long seen through that World Bank-type benevolence which pushes cash through the throats of Third-World mega-projects to polarize their societies even more in the name of GNP, my acclimatization to Colombia is such that I’ve gone out of the other side of the “folksiness” I originally sought here and admiringly go “ooh” just like the natives at improvements – on a brute material level— which have made daily life more convenient and contradict the idea of an irreversibly backward, impoverished and demoralized country: the newly paved road, the giant public library, the restored convent, the numbered turns and seats at the bank which let you sit instead of stand on line. But not to the point where I ignore that they mean little to millions who are displaced, unemployed or margined or, to quote another clipping, “there is no longer a Pablo Escobar confronting us with bombs…but there are many little Pablos encrusted in the State and society.”

If I were nevertheless asked to explain how Colombia advances despite corruption, impunity, the murder of civic leaders and other familiar plagues, yet remains more or less the same, I would answer “sorry, wrong terms.”

To illustrate what I mean, you can now find several internet cafés in the kind of remote rural towns which didn’t even have a functioning service of electricity or telephones when I first came here, no more than the agro-chemical dispensaries which outnumber the former by at least three to one nowadays.

“Progress,” but of what kind?

In the case of the first, yes, given the obscurantism which once led the curates of such villages to label women who wore trousers as harlots (like the German ones interned in Fusagasuga during WWII), yet less so, when I see that they are mostly used by school kids in order to chat with virtual sweethearts or copy and paste homework assignments (with the complaisance of their teachers). In the case of second, suspended verdict, since until there is a viable alternative (which would take a century, I’d guess), the many who

would starve without the use of agro-chemicals should be as much of a concern as their undoubted threat to the health and environment of mankind.

As soon as I consider the factors which hinder “progress” in Colombia, I find myself leaping right over them to the global ones that will probably determine what’s called its quality of life in the future. If my prediction is correct, the trade-off for the orderliness of the industrialized world would then be apocalypse-about-to-be in another guise, updated to be less transparent.

The deeper you dig into the bedrock of Colombia (as Braudel’s “total history” advises), the more confusing its condition becomes. Taking it to be the indigenous, its vital spirit appears to be gone for good, to judge by the headline of yet another clipping: “90 ethnic groups are on the edge of genocide.”

Nevertheless, the picture I have from my indigenous friends is curiously nuanced. I admit that generalizing from a small minority which has benefited from the growing urban market for yajé is misleading, considering the thousands I don’t know who are now begging on city streets or dying a slow death from malnutrition or preventable diseases. However, they, one of the minorities who have most suffered from the war, seem to be one of the least traumatized by it. In some cases, their survival strategies make use of our guilty conscience or romanticizing of the Noble Savage; in others, the militancy of a new generation of well-educated and worldly indigenous leaders.

They also transpose their homesteader lifestyle to a city apartment, in that it is inhabited by an extended rather than nuclear family, with furnishings which are light and functional, and they share the preparation of meals, child care and other responsibilities, but not only because living like that is inexpensive. It is as if their idea of “home” lies less in place than in habits, and is thus portable. I cannot call what they conserve as “culture.” Rather, it is a distinctive outlook on our consumerist, technological society: something between wariness, astonishment and laughter. That doesn’t mean that they are immune to the underlying resentment, fear and pessimism of any persecuted minority, but my impression is that they still know very well who they are, sufficiently to see through what we are.

As far back as the 18th century, specialists have warned of the imminent extinction of the indigenous societies of Colombia. Yet there they are still, a remnant to be sure, but still distinguishable by their territories, factions and incomprehensible blend of innocence, guile and suspicion.

It would be foolish to deny the generalized extinction of indigenous languages, customs and beliefs: the survival I refer to is state of mind, the essence of which is adaptability, the kind which allows even their most remote and conservative communities to assimilate our machetes and outboard engines.

If there is one quality of the indigenous which has filtered into the mainstream society it is that I’d say, and further, that it was a key reason for the country’s success with narcotics, insofar as it is synonymous with the cunning, agility and resourcefulness of the people who founded the trade and, nota bene, the successors of those pioneers (now mostly murdered or imprisoned) who have since diversified the illegal economy cocaine was the seed money for.

Nevertheless, when we contrast the indigenous use of it with that of the narco, para-congressman, embezzling mayor, ward boss, freelance hit man, corrupt magistrate, connected public contractor, money laundryman and other endemic fauna which are not endangered nor absent from the corporate/banking sector either, we realize that the same means can be directed to different ends. For the optimist: once the disease runs its course, Colombia, no longer delirious, will shudder at the neglect of its health and adapt to a saner lifestyle.

For the pessimist, that having met the preconditions – the accumulation of wealth by a few and its hold on the State, legal economy and public opinion– their rackets will easily adapt themselves to the odorless, risk-free and sanctified ones of global capitalism.