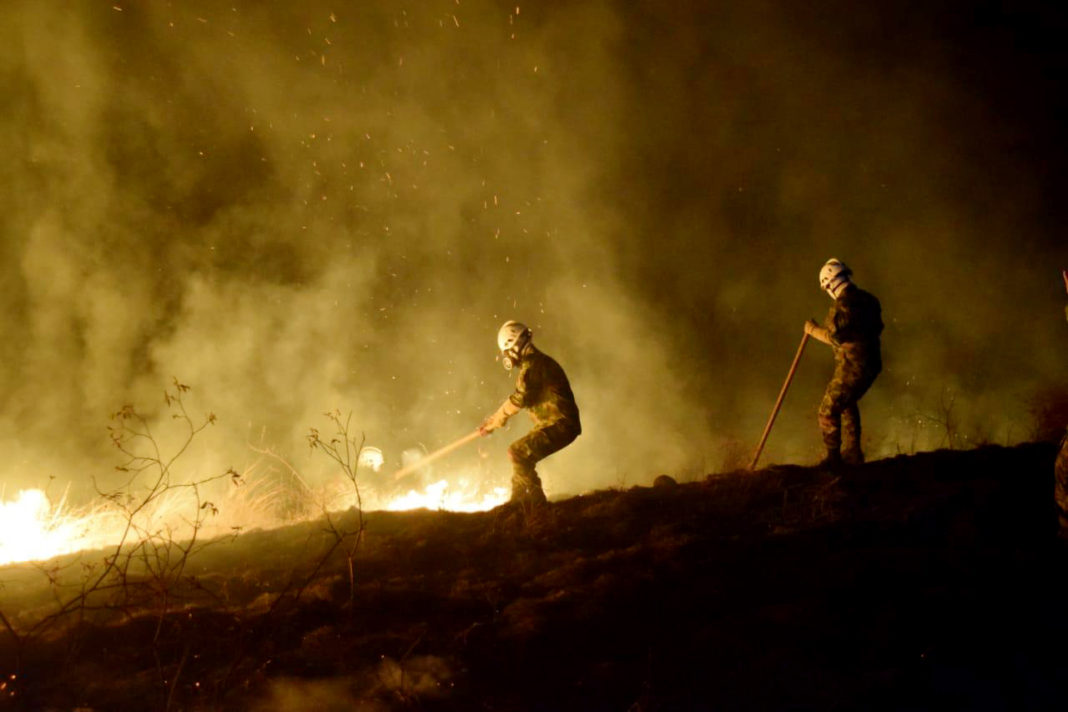 The political angst that has been gripping the world was exacerbated last month when U.S President Donald Trump swung his diplomatic wrecking ball at international trade barriers, beginning with all-powerful China. The Dow Jones buckled in despair with shares plunging and applying pressure to foreign currencies, with the Colombian peso no exception.

Pummeled by global economic uncertainty and fears at home that inflation will end the year higher than the Central Bank had predicted in January, the peso has now weakened to $3,400 to the greenback, and its long-term trend is one of further weakness. The tale of the peso, however, pales in comparison with the wildfires blazing across the Amazon, and environmental catastrophe that has destroyed large tracts of the world’s biodiversity.

As the Lungs of the World smolder, Brazil’s President Jair Bolsonaro caved to the international outcry and imposed a ban on the indiscriminate burning of this irreplaceable biosphere, fanned to a large degree by the voracious land-grab of his country’s cattle ranchers. The Colombian Amazon, fortunately, has so far been spared from the encroaching flames because the dry months at the end of the year have yet to settle over the region. And given our track record with deforestation, the result of the illegal coca harvest and logging, the country is enacting sound environmental policies to prevent devastation on the scale of Brazil.

Last month was so tumultuous that even “Old Blighty” has been rocked by a democratic crisis after Prime Minister Boris Johnson suspended parliament, a move widely regarded by opponents of Brexit as a “coup.” Not since the days of Oliver Cromwell has the United Kingdom been forced to the brink over its political future, and with a “no-deal” looming like a Damocles sword, sectarian divisions may take generations to heal. Which in many ways recalls Colombia’s reality with the post-conflict and peace process, that was dealt a decisive blow after a cadre of senior ex- FARC commanders announced their return to arms. The specter of guerrilla violence targeting the state’s already precarious infrastructure – as well as large cities – with the regrouping of 24 dissident groups under a coordinated FARC-ELN is, simply put, disastrous for this country.

As we come to a juncture in this country’s 200-year-old history, the announcement by FARC’s former chief peace negotiator Luciano Marín – alias Iván Márquez – of the start of a “new Marquetalia” (name given to the Tolima township where the original FARC was founded in 1964) plunges us into an abyss of uncertainty, not just when it comes to our security, but equally important, economic prosperity and opportunities. Even though President Iván Duque has disqualified any notion of a FARC 2.0 as fear-mongering by a “gang of narcoterrorists,” the fall-out of the video which depicts heavily-armed combatants will dissuade many from coming to Colombia, at a time in which domestic tourism has grown steadily since the signing of the 2016 peace accords.

Even though what we are witnessing on the world and atmospheric stages appears to be near-apocalyptic, the good news, in much of the news, comes down to lifting the veil over our eyes, on a range of issues that include political leadership with nationalistic agendas, the wrath of climate change, growing economic divides, and peace and security. At the recent Group of Seven Summit in France, all these issues faced-off with the leaders of the world’s industrialized democracies, and even though more action needs to be taken to preserve our shared environment, the glimpse of a new world order is emerging, one in which ordinary citizens across the generational divide are assuming leading roles, exemplified by activists such as Swede Greta Thunberg.

Bolsonaro’s heavy-handed agricultural policies in the Amazon were rejected and condemned by the international community. And in the same majestic river basin, Márquez’s declaration managed to catapult the implementation of the peace process back to the top of the country’s political agenda; and where it needs to stay to secure the reentry of thousands of demobilized combatants into civilian life. If the Colombian government fails in this mission, Marquetalia 2.0 may well grow to become Venezuelan dictator Nicolás Maduro’s much-needed foothold for regime change, and given more than a million impoverished Venezuelan migrants in the country, there’s plenty of fertile soil for recruits.

With this said, I turn to Canadian singer and songwriter Bruce Cockburn who set to music a prophetic refrain: “If a tree falls in the forest does anybody hear?” Now, three decades on since its musical release, I believe we are listening, and hopefully after our August woes, more vocal on issues that safeguard the future of this planet.

The importance of “second cities” in reducing poverty