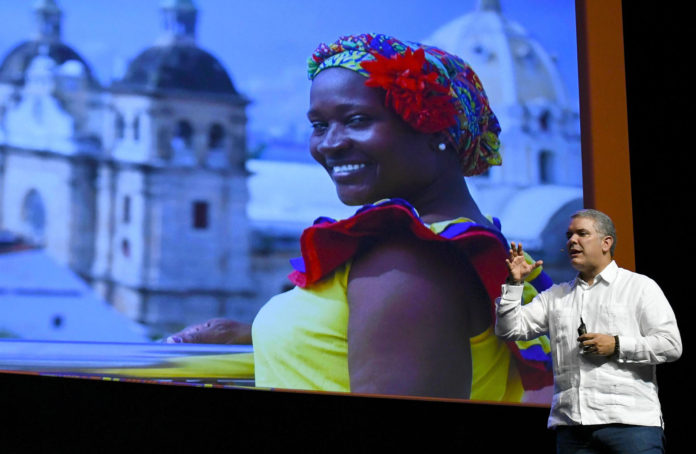 The rains are coming and with a vengeance. As the streets of coastal cities become torrents of raging water and brace themselves for the whiplash of Atlantic born hurricanes, extreme weather threatens to disrupt the pace of life from the Caribbean to Colombian interior. While last month’s UN Climate Action Summit gave 16-year old Swede Greta Thunberg the stage to lambaste world leaders on their inaction when it comes to cutting carbon emissions, Colombia, with the onslaught of the rainy season, remains, once again, far too exposed to widespread flooding, mudslides and other natural calamities, the result, to a large extent, of man-made deforestation.

If there is one issue that continues to dominate world headlines it’s climate change; and, while we tend to look at this issue solely from our urban habitats, for a great majority of Colombians who live in rural areas, extreme weather has contributed throughout the year to a disruption in agricultural production and food distribution. Just over three months ago, heavy rainfall along the Eastern Cordillera resulted in part of a mountain, at a point known as Km 58, being swept away, and that forced the indefinite closure of one of the country’s most important highways: La Vía al Llano. Last month, the highway partially reopened, cutting travel time and costs for light trucks hauling produce from the Eastern Plains to the capital. The return of heavy rains this month, however, forced the concession operators Coviandes to once again close the road.

As 2019 begins to wind down, economic recovery has remained elusive with President Iván Duque pushing everything Creative with the so-called Economía Naranja (Orange Economy), a term which theoretically doesn’t have anything to do with fruit, but rather developing creative clusters which, according to the Government, are bearing fruit – almost 2 percent of the GDP so far this year, and double compared with what the entire coffee chain contributes.

With an ambitious inter-ministerial agenda to develop, incentivize and promote digital innovation and creative start-ups by offering tax benefits and grants, the Economia Naranja has the mandate to propel the country towards the 5G “revolution” and, in the words of the President, convert Colombia “into the Silicon Valley of South America.”

Having a long-term vision for the country that invests in creative power over traditional economic formulas reliant on natural resources, the Orange Economy roadmap, however, cannot come at the expense of investment with key infrastructure, beginning with roads. President Duque, well-versed and eloquent in the Orange Economy narrative, presents a convincing, and arguably a necessary leap forward in diversifying the national economy.

While one could be justified in not immediately making a connection between how the Orange Economy can reach and inform a national audience about the dangers posed by deforestation, at the recent Más Cartagena communications and media congress, a television spot was screened for the President, created by award-winning advertising agencies, which, draws on similarities between the function of human skin and those of trees in a forest. The commercial titled La piel de Colombia, es la piel de todos (the skin of Colombia, is the skin of everyone) is compelling, and after President Duque watched it from the stage inside the Cartagena Convention Center, he announced that it would become part of the government’s environmental campaigns.

The Orange Economy champions creative freedom and expression, and while the country’s big cities have the most to offer in terms of employment opportunities for Centennials and GenZers, rural populations cannot be left to their own devices, waiting in line to get online. Expanding the cyber grid through the entity iNNpulsa is also part of the Orange manifesto, which promises to reach remote communities sooner than 4G highways. And tourism is also set to benefit from the Orange investments as it falls into the category of being a “soft” industry.

In a nation with deep social divides and exacerbated by infrastructure at the mercy of the weather, the real question that can only be answered a few years from now is “Does banking on new technologies makes us a more inclusive society or one increasingly isolated?”

When we look at issues that genuinely matter in society, social media comes up short with its fake news farms, flick-of-the moment “likes” and platforms tailored for coffee line content. For some industry insiders, “anarchy” is the word best suited to describe the current state of digital ecosystems. And one, where identity and privacy are as endangered as our forests.