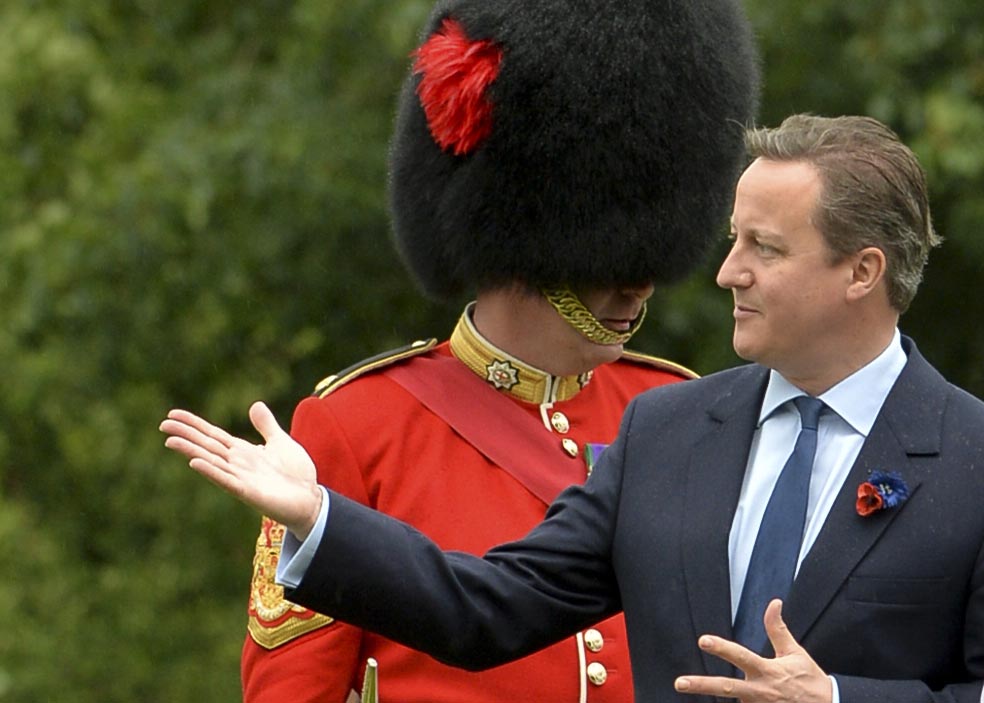 When in 2013 David Cameron committed to calling an in/out referendum, he declared: “It is time to settle this European question in British politics.” But, in his wide-ranging speech he failed to identify or narrow down what the actual question was.

The wording of the actual question might have seemed clear enough. But the vote to leave the EU has thrown up more questions than answers points to how the issue of Europe in British politics is a multifaceted one, especially in three areas: party politics, the constitution and identity politics.

The referendum result has thrown both the Conservative and Labour parties into a turmoil that has shaken their leadership and put MPs at odds with the people they represent: While the majority of MPs favoured remaining in the EU, 37 per cent of Labour voters and 58 percent of Conservative voters opted to leave.

For the Conservative party, this now risks shouts of betrayal if, as we’ve seen hints of with Boris Johnson’s position in the past few days, the UK now seeks a deal with the EU that – as the Eurosceptic press are likely to describe it – scuppers, thwarts or betrays what some Leave voters thought they were voting for.

Labour MPs know their leader, Jeremy Corbyn, despite being Eurosceptic, does not connect to a large number of traditional Labour supporters. He comes across as too left wing when this referendum has shown a large proportion of Labour supporters to be more right-wing and Eurosceptic. As a result, Labour risks becoming a party focused on London and a few urban areas such as Manchester, areas home to more left-wing, liberal Labour support.

For both parties, the UK Independence Party lurks in the background. It has used this referendum to gather a huge amount of data on Eurosceptic voters and will campaign more effectively in the next general election. UKIP is not simply about membership of the EU. It draws support from people on a range of issues, including a strong feeling among some voters that they are distant from the political elite, a feeling that has grown in this campaign.

The problems facing Labour and Conservative MPs highlight the constitutional problems the result has thrown up. While the British people voted for leave, the majority of MPs cast their votes to remain in the EU. On the grounds of parliamentary sovereignty – that there is no higher authority than Parliament and no Parliament can bind its successor – MPs have the power to reject the referendum result and decide Britain should remain.

Everyone concerned knows that the popular sovereignty of the referendum result must prevail. But there are two problems.

First, the British government and the House of Commons will have to define what “leave” means by voting it into law. The referendum result did not define the specifics of “leave.” Options include membership of the European Economic Area, a free-trade deal, no deal at all, some transitionary arrangement and many more. Each depends on agreement with the rest of the European Union and each contains varying levels of connection to the EU.

To get any deal accepted, the next prime minister could have to face a fraught vote in the House of Commons, agree with the Labour party to dissolve Parliament to call an early general election, or put the deal agreed with the EU to the British people in another referendum.

Into this are thrown questions about the unity of the United Kingdom, especially with the three regions that voted to remain. Scotland constitutionally must be consulted over Britain’s withdrawal. Failure to do so could trigger another Scottish independence referendum with its Pandora’s box of political, social, economic and constitutional problems.

With Northern Ireland, a departure from the EU risks jeopardising the international treaty that is the Good Friday Agreement, which requires consultation with the Irish government.

Then there is London, which was the only region of England to vote remain. Such was the anger at being outvoted by the rest of England, that a petition was started demanding London declare independence. That’s obviously not going to happen. But it is plausible that London – the richest region in the UK – could demand greater devolution of power, taxes included.

London’s distinct place in the UK highlights the tensions over identity politics. It was not surprising that London voted to remain given it has – in large part – become a global city in economics, its population and its identities. But that hasn’t passed unnoticed elsewhere in the UK, and especially England, where the leave vote sometimes carried an anti-elite and anti-London feeling.

But English nationalism has become the hallmark of angry, disillusioned sections of English society that feel left behind in the modern world and modern Britain. When mixed with unease at immigration, we have a combination that British politicians have been loath to go near.

Instead they have been more comfortable with being “British,” fearing English nationalism is racist, causes tensions with Scotland and is an outlook of the working class and football supporters. But the English side of UK politics is not something British politics can any longer live in denial of.

David Cameron’s successor now faces the unenviable task of managing tensions that could still destroy their party; a British constitution and the Union in flux; needing to negotiate a new relationship that will meet with the approval of 27 European member states, the European Parliament, the House of Commons and the Scottish Parliament; and finding some way of soothing divisions within a disunited kingdom and especially England.

Add to this the economic problems and loss of British influence in the world that we’ve not touched on, and it’s likely the next prime minister will wish David Cameron had never tried to ask his European question.

About the author: Dr Tim Oliver is the Dahrendorf Fellow for Europe–North American relations at the London School of Economics and Political Science. He is also a non-resident fellow at the Center for Transatlantic Relations of the Johns Hopkins University Paul H. Nitze School of Advanced International Studies, Washington DC. He has worked in the House of Lords, the European Parliament, the German Institute for International and Security Affairs (SWP), RAND Corporation, and taught at the Royal Military Academy Sandhurst, the London School of Economics and University College London.

FIFA: More of the same