I have a lot of respect for those who know their math, a subject – and discipline – that didn’t stick with me past high school. When the former mayor of Medellín, Sergio Fajardo, announced his intention to become President of Colombia before a host of other candidates began pooling together their supporters, he seemed like a candidate who could hold together a political center, never recalcitrant in his discourse, respectful of others and leader-in-the-making, who, if he didn’t make the first round of voting, would be an asset to any government as a minister in charge of such an important portfolio as is Education.

But, days after narrowly losing to leftist Gustavo Petro, who squeezed into second place with 4,9 million votes, the charismatic mathematician renounced his intention to back Petro and the election’s front-runner Iván Duque, claiming he would cast a protest vote by ticking the blank box on the ballot known as “voto en blanco.”

While Fajardo has the democratic right to vote in the “none of the above” category (mainly because the National Registry put the box on the ballot in the first place), at a time in which Colombia faces a monumental decision over its economic, social and political stability, not to decide on a candidate, independently if 4,5 million voters gave Fajardo a mandate, is to give silent consent to the prospect, many on the right fear, that the country will embrace “Twenty-first century socialism” under Petro.

The former mayor of Bogotá, Gustavo Petro has touted this economic model as the best to wean Colombia off its fossil fuel dependency and substitute our energy reliance with clean alternatives. Part of his agrarian agenda also includes the so-called “green gold,” based on agricultural exports, especially the avocado. It will be interesting to see how many aguacates pay an external debt of USD$116 billion. Petro’s plans to put the well being of farmers at the center of his economic agenda has earned the support from Green Party representatives and environmental groups.

On the other side of the political spectrum is a candidate who has been called a “puppet,” and “protégé” of former president Álvaro Uribe Vélez. For those on the left, Duque is Uribe by proxy, primed to shred the peace accord with FARC, and plunge this county back into a wartime administration. This is one stigma Duque is trying to shake in order to win votes from the center, and he has insisted that he would modify, yet not destroy, the accord.

Having worked at the Inter-American Development Bank (IDB) in Washington before elected Senator of the right wing Centro Democrático party, Iván Duque’s neo-liberal vision for Colombia appears to be an extension of the eight years of Juan Manuel Santos’ pro-business platform. In a year in which Colombia was admitted into the Organization for Economic Cooperation and Development (OECD) as the 37th member state, a Petro victory, those on the right believe, would torpedo what remains of 2% economic growth and sink the peso deeper than the San José galleon.

Duque may or may not convince the political center – the same one Sergio Fajardo has abandoned by his “voto en blanco” – but, as a well-instructed economist, Colombia’s younger generation, will have a better future under the “Duke” than if they believe in the utopic Twenty-first century socialism that has failed across Latin America, but somehow, in Colombia’s case, would result in socio-economic betterment.

I tend to believe at least 30% of Fajardo’s center-left supporters could end up backing Duque, not because of political affinity, but because he is widely-considered a pro-Antioquia business leader. Those who followed Liberal party candidate Humberto de la Calle will abstain from the ballot, despite Duque reiterating that he would work toward consensus.

And let’s not underestimate Petro who is also trying to lure in centrist voters, and rural Colombia as his bastion of support. When the former M-19 member claims that this country is “the third-most unequal country on earth,” he is right, but his class-struggle rhetoric will hardly expand his base. Petro recently remarked on Twitter that: “If Fajardo, Robledo, Mockus or de la Calle had been the second- round against Uribe /Duque, I would not have doubted for a second, to vote for them.”

In what has so far been a democratic and respectful election campaign, the June 17 runoff pitches two opposing visions of the country and a “voto en blanco” sidetracks historical responsibility. By softening “extremes” some sort of center may hold, but keeping it together, weeks, even years, after election day is the greatest challenge Colombia’s first post-conflict president will face. And it doesn’t take a mathematician to figure this one out. 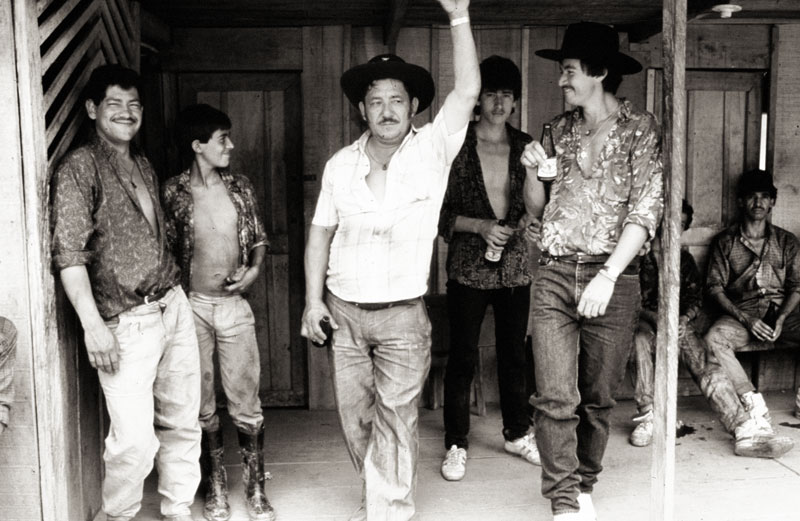