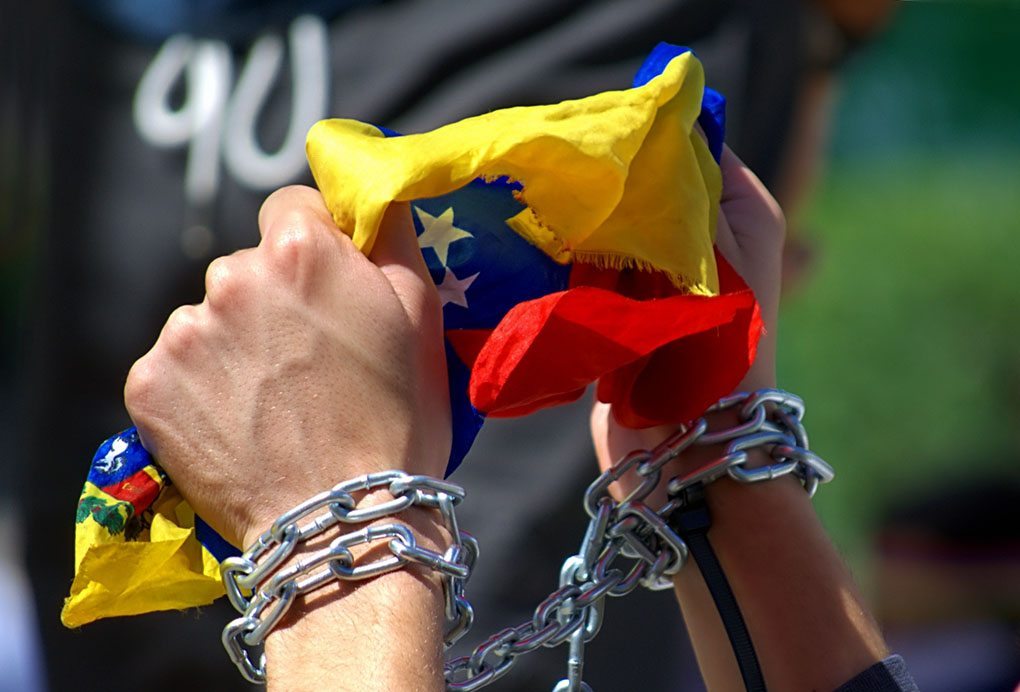 When the Cold War ended, Colombia was a crime-infested war zone while Venezuela, its neighbor to the east, was an island of sanity and stability. Colombia is now one of the world’s hottest new tourist destinations while Venezuela is on the brink of collapse.

For more than a half-century, Colombia suffered a bewildering multisided conflict that killed more than 200,000 people—the vast majority of them civilians—and displaced roughly five million. It was a no-go zone fractured by a communist insurgency that kidnapped and murdered tens of thousands, right-wing death squads that butchered people with chainsaws, and murderous drug cartels that often wielded more power than the government.

Meanwhile, during most of that period, Venezuela held democratic elections and experienced considerable, if uneven, economic growth. Throughout Latin America, Soviet-backed insurgencies battled it out with military regimes sponsored by the United States, but Cuba’s attempt to foment communist revolution in Venezuela fizzled.

After the Berlin Wall fell, pro-Soviet forces all but evaporated everywhere except in Colombia where the Revolutionary Armed Forces of Colombia (FARC) swapped Moscow’s largesse with drug money.

If one had to choose where to invest at the time, the smart money would have been on Venezuela. It had a small middle class and a great deal of poverty, but that was hardly unique in South and Central America. What set it apart was its vast oil reserves—more than any other country on earth—and its relative political stability.

The current United Socialist Party government led by Nicolás Maduro, and formerly Hugo Chávez, could have done amazing things for the country with that vast oil wealth. Instead, the party has done its damndest to import Fidel Castro’s Cuban model of socialism— Chávez called Castro his mentor—and turn Venezuela into a totalitarian anthill.

They never quite pulled it off, never quite managed to create a state powerful enough to smother every human being under its weight. Rather than molding Venezuelan society into a Stalinist Borghive, both—but Maduro especially—presided over a near-total collapse into anarchy, squalor and crime.

In May The Washington Post called Venezuela a failed state. “The government has tried to control the economy to the point of killing it — all, of course, in the name of ‘socialism’…Venezuela has gotten something worse than death. It has gotten hell. Its stores are empty, its hospitals don’t have essential medicines, and it can’t afford to keep the lights on.”

The inflation rate is almost 500 percent this year and is expected to exceed 1,500 percent next year. A hamburger costs 170 dollars. Everything is in short supply. “Venezuela reaches the final stages of socialism,” David Boaz writes. “No toilet paper.” Even hotels are asking guests to bring their own, which is almost impossible unless they’re coming in from abroad.

Violent crime has spread throughout the country, even to rural areas. Police officers don’t even attempt to suppress or solve crime, partly because they’re too busy protecting the crooked and oppressive government from its furious subjects, but also because crime is as ubiquitous in Venezuela right now as the heat and humidity. In May, a fed up mob doused a man with gasoline and burned him alive for mugging another man and stealing the equivalent of five dollars.

Hellish Colombia, meanwhile, has improved so dramatically over the same period of time that it’s hardly even recognizable anymore.

Only a fool would have bet on Colombia during the 1990s. Medellín, the county’s second-largest city, was the homicide capital of the world back then. More than 6,000 people were murdered there in 1991—almost twenty per day in a city of less than two million people. Not even Baghdad has been that violent lately. Barbet Schroeder’s 2000 film, Our Lady of the Assassins, portrayed Colombia, and Medellín in particular, as a terrifying place where casual violence was as routine as breakfast.

The fool who would have bet on Colombia, though, would have been right. The Medellín drug cartel no longer exists, nor does the Cali cartel. There’s not much left of FARC anymore, and the remnants are engaged in peace talks with the government. The right-wing AUC paramilitary units demobilized a decade ago.

By 2015, Medellín’s crime rate dropped by as much as 95 percent. In 2013, the Wall Street Journal named it the most innovative city in the world. The Urban Land Institute described the city’s transformation this way:

Few cities have transformed the way that Medellín, Colombia’s second largest city, has in the past 20 years. Medellín’s homicide rate has plunged, nearly 80% from 1991 to 2010. The city built public libraries, parks, and schools in poor hillside neighborhoods and constructed a series of transportation links from there to its commercial and industrial centers. The links include a metro cable car system and escalators up steep hills, reducing commutation times, spurring private investment, and promoting social equity as well as environmental sustainability. In 2012, the Institute for Transportation and Development Policy recognized Medellín’s efforts with the Sustainable Transportation Award.

But a change in the institutional fabric of the city may be as important as the tangible infrastructure projects. The local government, along with businesses, community organizations, and universities worked together to fight violence and to modernize Medellín. Transportation projects are financed through public-private partnerships; engineering firms have designed public buildings for free; and in 2006, nine of the city’s largest firms funded a science museum. In addition, Medellín is one of the largest cities to successfully implement participatory budgeting, which allows citizens to definepriorities and allocate a portion of the municipal budget. Community organizations, health centers, and youth groups have formed, empowering citizens to declare ownership of their neighborhoods.

“The place has gone from adventure location to dream family holiday,” wrote Bee Rowlatt in The Telegraph. “Tourists are heading this way like never before, and it’s not just the hairy ones who like an illegal puff, or the conflict-zone junkies seeking out a boastably tough destination. No, these days it’s pretty much anyone.” And why not? Colombia’s scenery is spectacular, its literary and arts scene world class, its biodiversity unmatched by any nation on earth. While it still has a moderately high crime rate in some areas, the homicide rate is now as low as Portland, Oregon’s.

It’s almost as if whatever dark force consumed Colombia for so many decades picked up and moved to the country next door. Today, Caracas, Venezuela, has the dubious distinction as the murder capital of the world, followed closely by San Pedro Sula in Honduras, and it’s suffering the worst economic decline in its history.

Two-thirds of Venezuelans want Maduro out of power this year. There’s virtually no chance his United Socialist Party can hold onto power indefinitely under current conditions. Protests have been so widespread and violent during the last two years that they can be plausibly described as an insurrection.

Venezuela looks hopeless, but Colombia looked that way, too, not long ago. Latin America veers far more wildly from the extreme left to the extreme right than the West does, but it’s not the Middle East. Every Latin American country so far except Cuba has reverted to democratic rule after a period of dictatorship.

One way or another, Venezuela will get there eventually. Maduro isn’t at all likely to die in bed while in office like Chávez did in 2013. He’ll lose an election, the army will put him in jail, or he’ll be strung up, Mussolini-style, from a Caracas lamppost.

Whenever it finally happens, though, that country will face a long dig-out.

About the author: MICHAEL J. TOTTEN is a contributing editor for World Affairs who has reported from the Middle East, the Balkans, and the former Soviet Union. He is the author of The Road to Fatima Gate, which won the Washington Institute Silver Book Prize in 2011, In the Wake of the Surge, Where The West Ends, and Taken, a novel. His work has also appeared in the New York Times, Wall Street Journal and New Republic.

This article was reproduced from World Affairs with authorization from the author.