We have come a long way from the summer of 2009, when relations between Colombia and Venezuela sank to an all time low. The Colombian government under Álvaro Uribe announced that it would allow the United States access to seven military bases in the country as a preventative measure to combat drug trafficking. Hugo Chávez took it as an affront to his national security, claiming the U.S. was strengthening its Colombian ally to launch an invasion of Venezuela. With FARC camps scattered along the border between the two nations, the Venezuelan president was also suspicious that Uribe, with the help of the northern power, would launch preemptive strikes against guerrilla strongholds in his territory.

Most South American presidents engaged in a war of words siding with Chávez. Colombia was the odd man out. Venezuela’s President threatened to sever all commercial and diplomatic ties with Colombia over the “Yankee” bases and deliver a home run for his “21st Century Socialism.” Uribe tried to justify the nature of cooperation with the U.S., but his words mostly fell on deaf ears. The military base proposal was defeated in Colombia’s Constitutional Court.

Talking his way out of a diplomatic gridlock, Uribe pointed his finger at Chávez many times, confronting him over the presence of FARC leadership in Venezuela. Many leaders believed Uribe and his accusations to be true, but few gave him their support. Uribe may have had the statistics, but Chávez charmed.

Today, as the Venezuelan president is laid to rest, Juan Manuel Santos of Colombia will accompany Argentina’s Kirchner, Ecuador’s Correa and Bolivia’s Evo Morales, as well as many world leaders in Caracas for a state funeral unlike any seen in recent times in Latin America. Santos paid tribute to Chávez saying, “The obsession that united us, which was the foundation of our relationship, was peace in Colombia and the region.”

“The best tribute we can give to the memory of Hugo Chávez is to realize this dream that he shared with us to reach an agreement to end the conflict and see a Colombia in peace,” he argued.

The FARC is all ears and agree. Taking a recess from talks with the Colombian government in Havana to celebrate the Venezuelan president’s life, the head of the FARC delegation, Iván Márquez told reporters: “We thank Chavez. With his help, we are in Havana seeking a political solution to the armed social conflict in Colombia.”

With Chávez gone, the FARC have lost an important socialist ally in the hemisphere, and the announcement last month by Cuba’s leader Raul Castro that he will resign in 2018, has pulled the rug from underneath them. After a 40-year armed struggle trying to impose a “war of guerrillas” in Colombia, fundamental changes in Cuba such as the opening of its economy and the waning of the Castro era may have already made the FARC an obsolete Cold War entity.

I have had my doubts that a lasting peace between the Colombian government and the FARC could be achieved while Chávez was in power. Now, with his death, I am convinced there will be peace. The continent’s oldest guerrilla movement has lost its ideological beacons. Even if interim president Nicolás Maduro is allowed to run and wins the next election, the FARC will not likely be a priority. Venezuela has to get its house in order, resolving issues such as a devalued currency, broken infrastructure and severe food shortages, all of which would likely top Maduro’s domestic agenda.

In the meantime, negotiations in Cuba will continue.  The FARC and Colombian government will talk agrarian reform, political participation and the issue of drug production. But much of it will be just that: talk. Time has run out for FARC. As Chávez is laid to rest today a chapter closes with Venezuela. In Colombia, the page of peace has yet to be written. But I feel we are close. Very close. 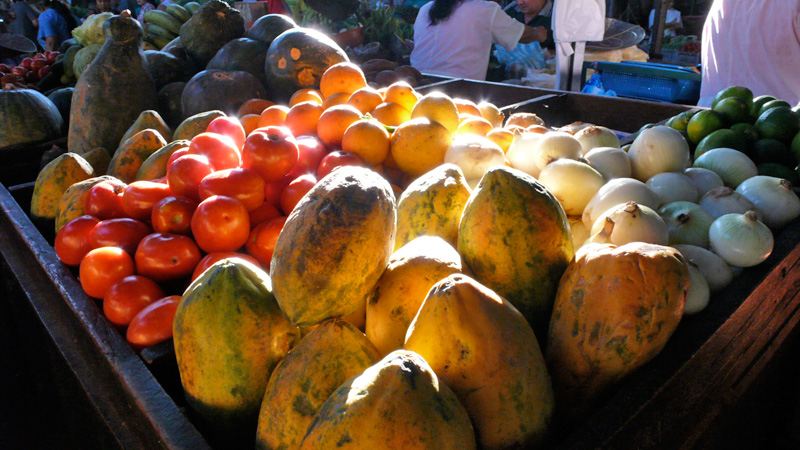 Return to the mercado