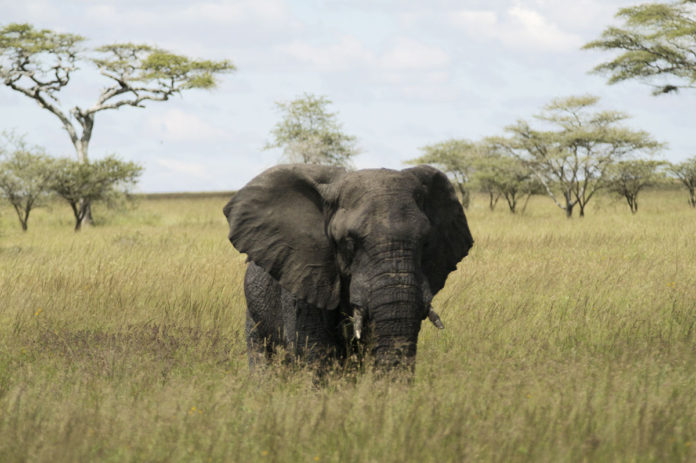 In his Academy Award winning documentary “An Inconvenient Truth”, Al Gore describes “…a mass extinction crisis, with a rate of extinction now 1,000 times higher than the normal background rate.”

But how do we know that? And what does it mean?

The rate at which species are going extinct is rather like the rate at which people die. Look at the obituaries in a town’s local paper, count them up and, if you know how many people live there, calculate the death rate. So we expect perhaps one in 80 people to die each year, or roughly one in four thousand each week – or 250 deaths per one million people per week on average.

We can do the same thing with species. Scientists describe new species in their publications in a way that the general population can follow them from the date of their description — their scientific birth if you like — to the present, counting how many died off in the interval.

Birds are the best-known example: following a sample of about 1,000 species for the past century, 13 have become extinct – or to use the standard method of reporting, 130 extinctions per million bird species per year.

So how many future extinctions should we expect? While the fossil record gives us some idea, it’s very crude and very hard to interpret, except when they are mass extinction events, such as the one that wiped out the dinosaurs. Interestingly, we can get important insights into what the natural rate should be from molecular studies that tell us how fast species diversify — that is, how fast they are born.

For example, we humans split from our nearest common ancestor with chimps about 10 million years ago. While the exact age is contentious, it’s about typical. Species form at the rate of about one new species per 10 million species per year. So, compare how fast species are dying and how fast they are being born, and yes, species are dying out a thousand times too fast.

Why can’t you just say how many species are dying out each year?

The problem is that we do not have a good idea of how many species there are. Scientists have described almost two million species. We know how many birds there are, because there are legions of birdwatchers to spend billions of dollars each year to follow their passion. But insects? Or fungi? Not a chance.

So, if human actions continue to exterminate species at the current rate for another century, then we could lose a fraction of species comparable to those mass events in the geological past. This hasn’t happened yet.

Can we prevent it? The answer must be an emphatic yes.

There are two kinds of species at risk of extinction. The first group are those familiar animals, such as lions and tigers and bears. These incredible beasts remain at high risk of extinction in the coming decades. There are, however, excellent program, such as National Geographic’s Big Cats Initiative, which works with people in the communities where such big, fierce, creatures live to minimize conflict. As an example: Lions kill people’s livestock — their wealth — and, understandably, humans retaliate by killing lions. Better to protect those livestock and far fewer lions are killed.

The second kind of species are by far the most numerous. These are species with small geographic ranges — sometimes no more than a single mountain top, or a local patch of forest. Habitat destruction is the main reason why human actions drive these species to extinction.

The geography of this destruction is also important.

Two-thirds of all species on land live in tropical moist forests and a large number of the species at risk of extinction live in a subset of these forests. These include the northern Andes, the coastal forests of Brazil, Madagascar, islands in south-east Asia, the Philippines, and about 20 other places, mostly in the tropics. If conservation efforts are concentrated in these areas, we can have a disproportionately positive effect at reducing that extinction rate.

So then how can we act locally? Well, not only have we destroyed the forests in these places, we’ve left what remains in tatters; small, fragile forest fragments too small to maintain viable populations. But it can be fixed. Organizations such as SavingSpecies raise money for local conservation groups in the key battlegrounds against species extinction.

There is no doubt that the world is facing the challenges of global warming and mass species extinction. But those challenges are compounded by the fact that many of the world’s leaders are either turning a blind eye to these challenges or, worse, denying the problems even exist. Perhaps now more than at any other time in human history, all of us must stand up for the future of nature.

About the author: Stuart Pimm is the Doris Duke Chair of Conservation at the Nicholas School, Duke University, North Carolina and president at SavingSpecies www.savingspecies.org