For the second time in months we found ourselves snookered as to what to do with our cash. It could be seen as a ‘pleasant headache’ – but the issue on both occasions was, without a bank account, where do we put the cash we’ve (finally) built up over time teaching English in the country, when we go traveling?

The problem isn’t Bogotá. We just keep it tucked away in safe-keeping, accessing it when we need to. But going on the road with a relatively nice bit of ‘real money’ – enough in any case that we certainly don’t want to lose – is not the brightest idea around these parts or anywhere for that matter.

Due to our visa situation and a lack of the foreigners’ version of the national identity card – ‘Cédula de extranjería’ – we couldn’t open a bank account back in January. Our three-pronged cash solution for our travels was thus: we brought more than maybe advisable with us; we left some behind and; in an extremely generous gesture, a friend of ours gave us her bank card to use for the duration of the trip – so we put the remainder of our cash into that account as cover.

Now all that worked out quite well in the end, but we didn’t feel fully in control of the situation. So for our latest voyage, one where we had to pop into neighbouring Venezuela for visa purposes, we tried again to open a Colombian bank account. The gamechanger this time was that we had our Cédula – the lack of it beforehand was the only obstacle preventing us doing business with Davivienda (the other banks, for the record, needed written proof of income, something Davivienda did not.)

So cash and national identity card in hand, we go to open what they call a Cuenta de Ahorros (Savings account) after all, all we wanted was somewhere to ‘securely’ store our money while also having the ability to access it at some stage if needs be.

‘Right, what kind of benefits do we get?’ ‘Benefits? Well you can use the debit card to withdraw your cash at any Davivienda ATM in the country (but use another bank’s machine and you’ll be nicely charged) – get this, free of charge!’ Wow, tell us more. ‘You can also make point-of-sale and internet transactions with your card with- out incurring a charge from us.’ Great. What about the interest rate? ‘Well that’s minimal, less than 1 percent per annum.’ Ah, that’s okay, it’s better than zero – at least our money may be worth something. ‘Well you are of course charged $9,300 pesos (roughly USD$5,00) per month to have this ac- count.’ Hold on, what? We leave our money with you, money you use to in- vest to make more and you charge us for our ‘generosity’? How can you do that?’ ‘Bienvenidos to the banking world of Colombia.’

In Colombia, you get charged for letting big banking play around with your money. Indeed if the interest rate were 1 percent, you would need a minimum of $10 million pesos (USD $5,600) just to break even – that’s if the interest was calculated monthly, which it’s not.

There seems to be an all too cozy alliance between this country’s banks and the country’s lawmakers – nobody seems willing or, more importantly, legally allowed to break ranks. From what we’ve been told, even the international banks play this silly, “let’s squeeze for all we can get” game. The likes of HSBC and Citi must love things here: Easy money and all that.

We don’t make any secret of the fact that we’ve never been big fans of banks, wherever in the world, but the above practices are just plain wrong. How ordinary Colombians accept banking abuse, is beyond us. The lower classes tend not to have bank accounts– they’ve enough problems without them – while the upper classes either don’t care about these charges and (as the case of the InterBolsa meltdown has shown) have their equity elsewhere, such as Panama or Grand Cayman. It’s the middle class that gets, well,…

At least in the other two countries we’ve banked in – namely the Republic of Ireland and the U.K – we don’t get charged just for leaving our money with them. The balance we’ve left in our UK bank account – the current account that is – hasn’t budged since we departed, only for the small sums of cash we’ve taken out.

What’s more, our instant access savings account, where we can transfer funds from this to our current account in seconds via the internet, is making money for us – not a lot, but at least it’s moving in a positive direction. It’s more or less the same for the Republic of Ireland.

Yes, ‘proper’ savings accounts do exist in Colombia, but from what we can gather they are highly restrictive and not very practical for the average worker. So with seemingly little or no public or political pressure to change their ways, why would the banks do so? They are on a nice little winner here. It sure is a banker’s paradise. 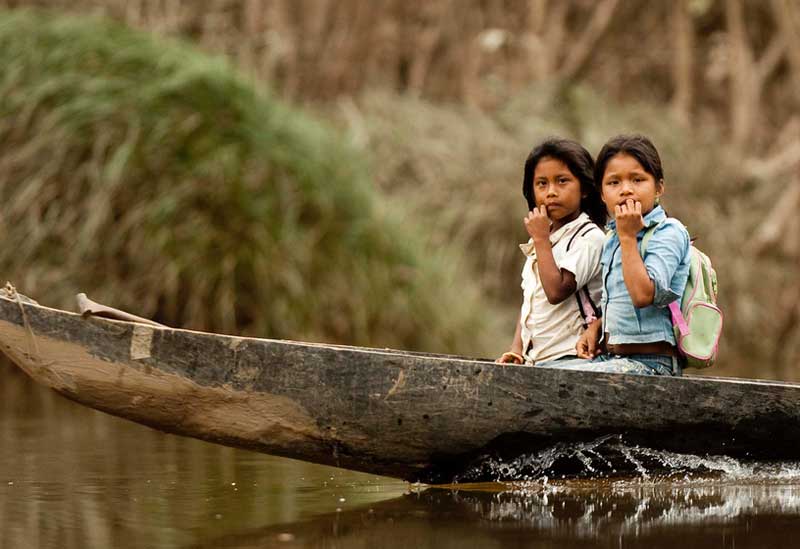 A year of resolutions