Colombia’s country campaigns have been nothing short of spectacular and somewhat controversial depending on your viewpoint. Personally, I flip flop between believing them to be representing of a beacon of hope against the obvious and stark realities that they confront and then poorly administered and overly hopeful advertising speak.

But then, finally, what’s not to like about the glossy, internationally acclaimed and appealing end product? When the ANATO tourism fair, held annually in Corferias rolls around, this heralds the arrival of more elaborate and opulent pavilions boasting of the embarrassment of riches that Colombia finds within her borders. This is all intellectually compelling and exciting to a point, and I find myself as a small hotel owner, after seven years of engagement with the tourism entities in Colombia, wondering whether we have gone too far. Our campaigns are constructed, brainstormed and executed to whet the appetites of the international traveller. There is nothing wrong with this, but, I’ll argue that socially and economically, Colombia is struggling to find her identity and understand her role as a potentially huge market for eco, ethno, adventure and high end tourism.

Leaving our gripes about the non-existent national infrastructure (the country ranks 130th out of 148 economies in terms of the quality of its roads), we can all agree that Colombia has made a splash on the world stage, so now isn’t it the time to direct our attentions back to pitching a Colombia country brand to Colombians first and foremost?

Colombia looks lasciviously about her at the neighbouring tourism meccas of Ecuador, Peru and Brazil and wants a piece of this pie. But, she’s not ready to play with the big boys; she’s still trying to fit into her role as a tourist destination. In this sense Colombia is the awkward pimpled adolescent on the block. There is promise and personality but it has yet to be truly honed. Where could Colombia improve? The answer is simple, in the service industry.

I think most agencies and operators here in Colombia would have a hard time in convincing international bodies that they practice “ecotourism” in the purest sense of the term. In case you were wondering, the concept of ecotourism is to minimize impact, build environmental and cultural awareness, respect and provide positive experiences for both visitors and hosts, provide direct financial benefits for conservation, provide financial benefits and empowerment for local people, and to raise sensitivity to the host countries’ political, environmental, and social climate.

So, enough of the infectious keywords, it’s time to take it all in check and strip back the jargon created by the propaganda machines and show Colombians what needs to be done all the while building an identity for Colombians through their tourism industry.

There is a feeling of entitlement in Colombia. Colombians are right to be proud of their country, but as a country we are not entitled to receiving 4 million overseas visitors a year. We have to work for this, and it comes with a great responsibility. One needs to cater for and look after these tourists and make them repeat visitors. Right now this isn’t happening. I cannot say if this is connected in some way to the tourism faculties in various universities or the SENA, but something is not working.

A couple of years ago I was invited to give a talk about social media and tourism at the Externado University. In attendance were a good number of students of the university, graduates and students of the SENA. At the end of my anecdotal and whimsical talk I said that I was always looking for interns to gain experience and train up in my hotel and that any person interested was welcome to contact me. I received one response. A friend of a friend based in Badajoz, Spain where the financial crisis had hit so hard that this young girl from Extremadura was actually considering transplanting her life to Colombia to work for the minimum wage.

So who agrees with me when I say that we have made so much effort on the publicity front that this continual repetition of information – such as Colombia having an unknown number of amphibi- ous creatures, birds and the most beautiful river in the world – now far surpasses the actual product?

The clock must not be wound back, no; this clock must be paused so that Colombians too can take stock of their tourism capabilities and how best to cater to an international market. Presently, Colombia is nowhere near the likes of Ecuador and Peru in terms of the quality and service. Colombians are polite and well-educated so what is holding the country back? Let me suggest that, partly due to the idea that Colombia has been divorced from international tourism for more than 30 years, there are two veins of discord that promote a recalcitrance to change. These are clearly identifiable and ultimately profoundly damaging and those of us involved in the tourism business can pinpoint them at once. Colombia needs a volte face and rapidly or the issues of conservatism and envy will continue to stifle a much needed evolution in the tourism industry. 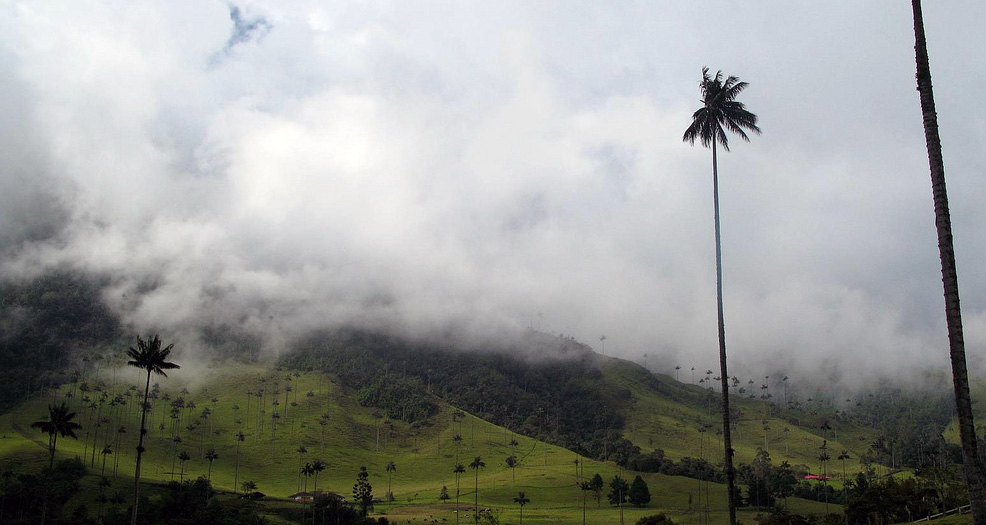