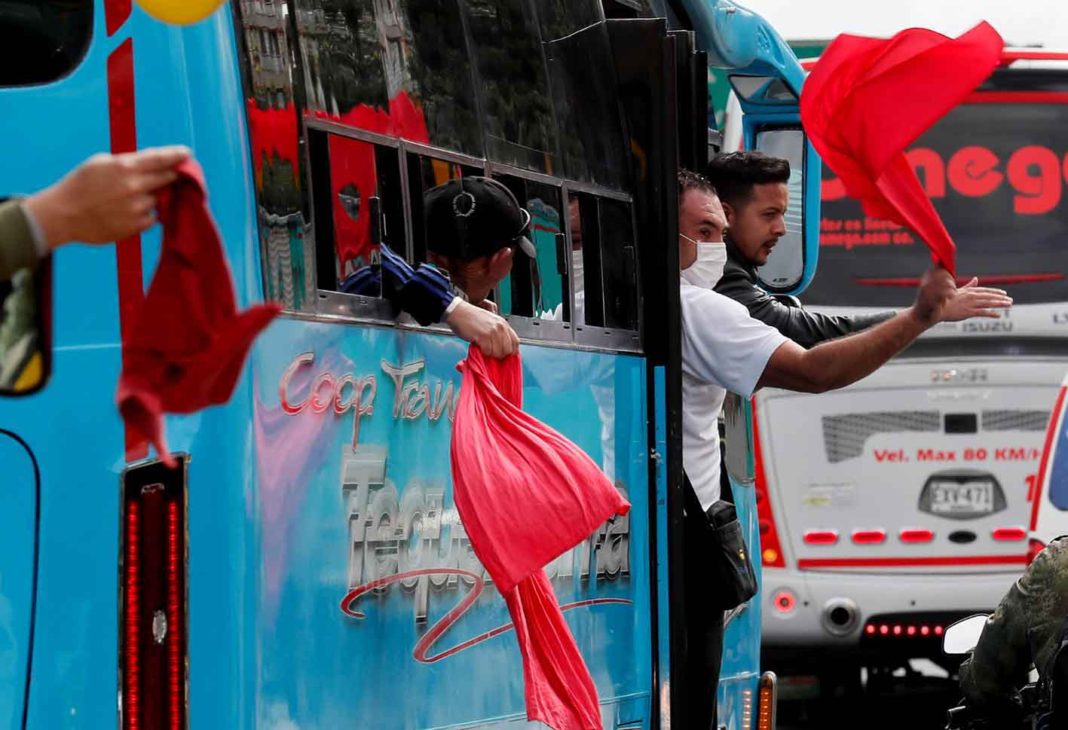 Intermunicipal bus drivers staged a protest Wednesday near Bogotá’s central terminal over the shut-down of overland transportation with the nationwide quarantine. Having started March 25, Preventive Obligatory Isolation, has restricted connectivity between the capital and major cities across the country, impacting the livelihoods of drivers and bus company revenues.

Waving red cloths in support of vulnerable residents across Bogotá who are going hungry during a quarantine that enters its third month, with the nation’s economic engine at a standstill with coronavirus, President Iván Duque had pledged on May 23 that the government needed “one extra week,” before initiating “flexibilization” of the measure.

The “extra week” leads to June and month Duque views as “critical” in combating the spread of coronavirus, not just in Colombia, but throughout the region. While urging citizens to wear facemasks, social distance, work and stay at home, quarantine has been extended for persons above the age of 70 as well as those with pre-existing medical conditions until June 30.

Children and adolescents will be allowed to spend one hour – every three days – outdoors.

During his evening address to the nation, Duque highlighted that extending quarantine to persons aged 70 or older is necessary given that close to 50% all fatalities involve seniors; and 72.5% of total fatalities are persons above the age of 60.

On Wednesday, 1,101 new cases of COVID-19 were confirmed by the Ministry of Health in the country, putting the new total at 24,104.

Colombia has processed 283,463 PCR tests since the first infection was detected in Bogotá on March 6 and broke a daily record Wednesday with 12,346 tests.

From the total tests performed, 259,360 patients with symptoms were discarded from having coronavirus.

In regards to the death toll: 27 additional fatalities were registered in hospitals throughout the country, putting the new total at 803.

The number of recovered patients has also increased sharply to 6,111 while 122 patients are being treated in ICU. 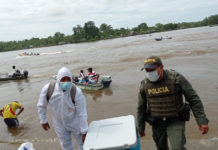