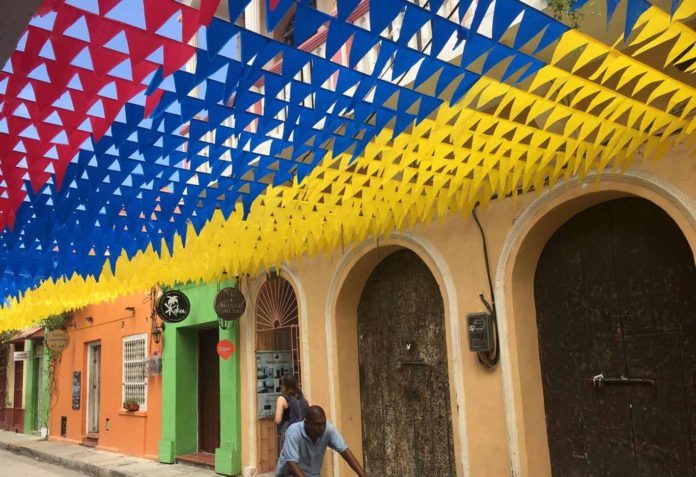 As Bogotá streets begin to sound and look like “normal” with the easing of lockdown and traffic slowly building-up at intersections that were deserted for almost two months, the “normal” we have grown accostumed to remains a distant prospect given that the majority of the capital’s 10 million inhabitants are respecting a quarantine that despite greater freedom of movement, remains in effect until May 31 or possibly longer.

On Tuesday, during this evening address to the nation, President Iván Duque, opened the door to post-quarantine by announcing that as of June 1, more economic sectors can restart; and that the success of “flexibilization” depends on “collective intelligence and discipline.”

The establishments that will be allowed to operate are shopping malls, public libraries and museums at a maximum capacity of 30%. And after two months shuttered up, hairdressers will be able to clip away the “quarantine look.”

You will also be able to make a doctor’s appointment and see your dentist for all non-urgent treatments.  Domestic help will also be able to take up duties and a decision by the government to alleviate some of the financial hardship for one informal group of the population.

Restaurants will remain closed, but can offer home delivery.

Universities, schools and kindergardens will remain closed until the end of July, but education should continue online during the next several months.

All national flights remain suspended until June 30. This date could be extended as the National Health Emergency lasts until August 31.

International travel could resume as of Sept.1., but depending on the epidemological curve.

Accompanied by Minister of Health Fernando Ruíz and Gina Tambini, representative for Colombia of the PanAmerican Health Organization and World Health Organization (WHO), President Duque justified the fourth extension of quarantine based on advice by the scientific community, among them, Joshua Sharfstein of Johns Hopkins University. “All we need is that extra week,” remarked Duque.

Sharfstein also addressed Colombia via videoconference, highlighting the difficulty of quarantines around the world to save lives. “Reopening too soon or too many places can lead to a catastrophe,” remarked the infectious disease expert. “I appreciate the careful and thorough focus Colombia is taking,” he said – on the same day – that the country was accepted to the Executive Committee of the World Health Organization.

With 73 clusters of COVID-19 in the country and confirmed total cases at 17,687, Colombia’s cautious approach ranks the country among the lowest with coronavirus in the hemisphere, with Brazil reporting 270,000, followed by Peru with 110,000, Mexico with 54,000 and Chile with 53,000. Ecuador, one of the most impacted nations with COVID-19 mortality has close to 35,000 as of Wednesday.

Colombia’s death toll stands at 630, including 17 fatalities in the last 24 hours. Deaths were registered in Bogotá, Cartagena, Leticia, Girardot, Cali and Buenaventura.