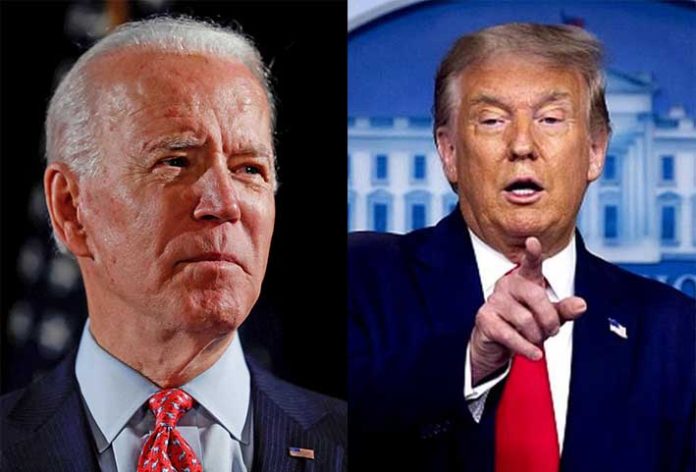 With the outcome of the U.S Presidential election just hours – or worst case scenario a few days – away, among the many campaign promises, accusations, and character slamming on the campaign trail, there was one issue that both candidates could agree on: Colombia is a cornerstone of U.S foreign policy in the hemisphere, and both incumbent Donald Trump and former Vice-President Joe Biden will work to maintain a strong bilateral relationship with the South American ally.

Should Trump be elected to a second term in the White House, his relationship with President Iván Duque will be shortened as the current Colombian leader has passed his midterm and faces another year of the coronavirus pandemic and stumped economic growth before a new electoral season mid 2021. While Trump will continue to pressure Colombia to extend aerial fumigation of illegal crops with glyphosate and reach manual eradication targets of coca, a Republican win also sends a clear message to Colombia’s left-wing politicians that the former two-term conservative President Álvaro Uribe remains for the GOP a “national hero” and politician who espoused U.S security interests in the region at a time when Venezuela was forging close political and economic ties with Cuba under Hugo Chavéz’s newly instated Bolivarian Revolution.

The deep chill in the Colombian-Venezuelan bilateral relationship that began to freeze over during the 2009 UNASUR Summit in Bariloche, Argentina, where Chávez charged Uribe of offering the U.S three Colombian military bases for an invasion of the socialist state and bombardments of ELN guerrilla bases along the border, came just months after Uribe’s first meeting with newly-elected President Barack Obama. Both leaders enjoyed a strong friendship based on mutual trust and common vision for Colombia.

In many regards, this relationship followed another close one forged between Uribe’s predecessor Andrés Pastrana and architect of the U.S’s counter-narcotics policy Plan Colombia: Bill Clinton. During Clinton’s final year in office, many Colombians will recall both Presidents strolling the colonial Old City of Cartagena in sombreros vueltiaos.

For many politicians of the Centro Democrático party, a Trump victory will continue its unwavering support of its most vocal and controversial leader and harsh critic of the growing leftist and nationalist movements spreading through South America and ideologically backed by Sao Paulo Forum.  The Forum has been blamed for fueling much of the social unrest that began in Chile and reached Colombia with the violent protests of the Paro Nacional.

Among the “progressive movements” allied with the Sao Paulo Forum is Colombia Humana, represented by former Bogotá Mayor Gustavo Petro and Senator of the coalition. During Trump’s many campaign trips to the battleground state of Florida, the U.S President overtly labeled Petro a “former M-19 guerrilla,” stoking fears that a possible victory at the polls in 2022 of the “socialist” would turn this nation into a Colombo-Castro-Chavista regime. Petro mocked Trump’s comments to the exiled Colombian community, stating that he backs Joe Biden for President.

A Joe Biden victory also bodes well for Colombia given that U.S engagement on security, social and humanitarian issues transcends bipartisan lines in Congress. The challenge, however, for the Biden – Harris ticket during Duque’s remaining years will be to maintain military and counter-narcotics cooperation while the U.S attempts to appease Nicolás Maduro and force a peaceful transition of power in  Venezuela. And should Duque’s successor in 2022 be sympathetic to the Sao Paulo Forum, Colombia’s historic standing as a cornerstone of the U.S and most “trusted friend,” could be under threat at the expense of populism and increasingly obsolete anti-imperialism narrative.