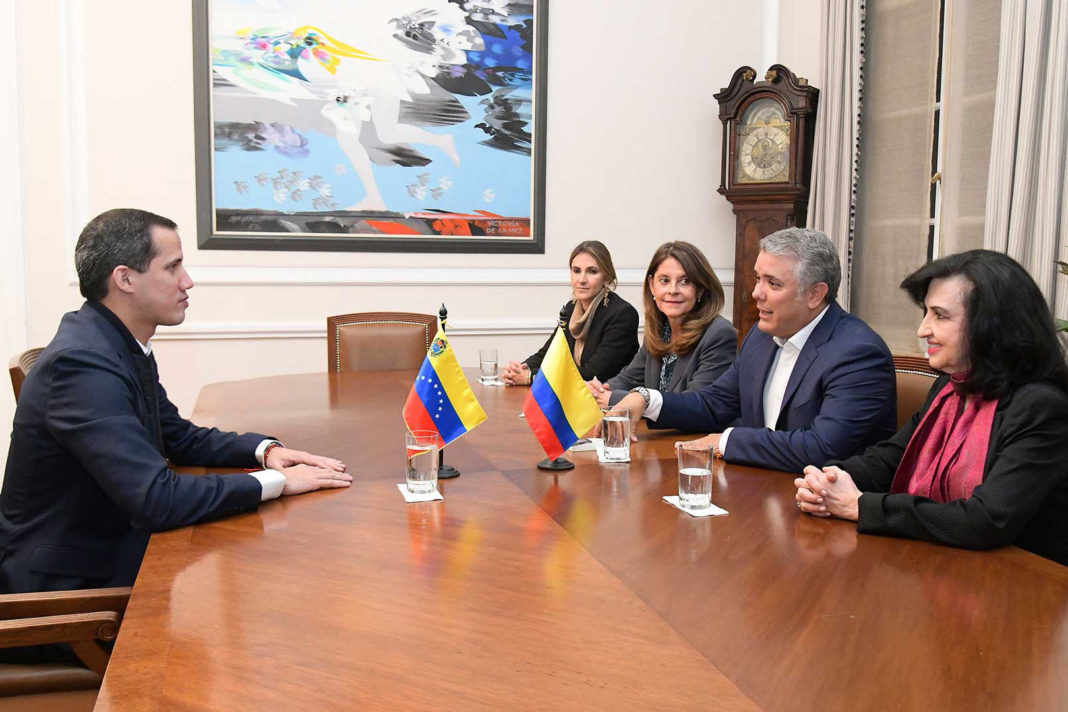 Venezuelan opposition leader and interim President, Juan Guaidó, defied for a second time a travel ban imposed by Nicolás Maduro to attend in Bogotá the III Hemispheric Conference for the Fight against Terrorism. Representing Venezuela, Guaido will be accompanied by foreign Ministers from 25 countries, including U.S Secretary of State Mike Pompeo. Guaidó first defied Maduro’s travel ban in February 2019 to oversee the delivery of a humanitarian aid convoy from the Colombian border at Cucutá. The attempt to push six trucks filled with food and medicines was met with fierce resistance from Venezuela’s National Guard and Cuban-trained paramilitaries.

The conference is being held Monday at the General Francisco de Paula Santander Police Academy to discuss how to strengthen international cooperation and effectiveness in the fight against terrorism. Colombian President Iván Duque announced Guaidó’s arrival on Twitter referring to him as Venezuela’s legitimate leader. “We welcome Venezuelan President Juan Guaidó to Colombia. This evening we will hold a working meeting.”

On Sunday evening, Guaidó met with President Duque in the Presidential Palace and joined by the country’s Foreign Minister Claudia Blum and Vice-President Marta Lucía Ramírez. Some 60 nations recognize Guaidó as the legitimate President of Venezuela.

Before opening the conference, President Duque held a bilateral meeting on Monday with Secretary of State Pompeo and together, they invited the heads of delegations to visit a memorial inside the Academy in honor of the 22 cadets who killed on January 17 during a terrorist attack perpetrated by the National Liberation Army (ELN) guerrilla.

The first anti-terrorism conference was held in Washington in 2018, followed by Buenos Aires last year.