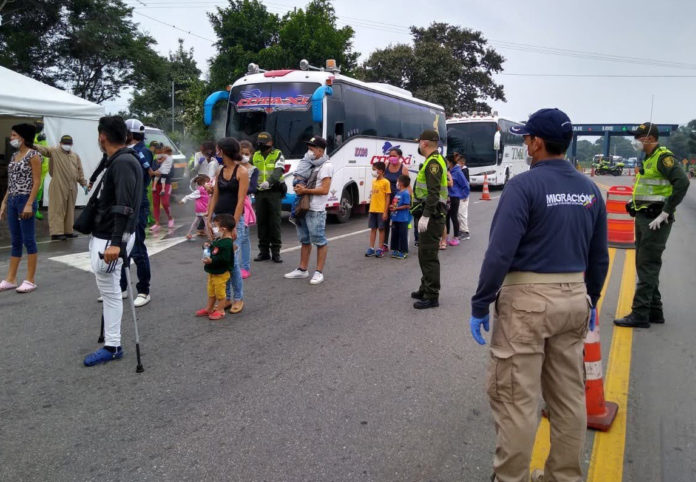 A much-needed respite in high numbers of infections is encouraging for Colombia with the Ministry of Health’s Sunday bulletin that reveals 79 new cases of the disease, putting the nation’s total at 1485. Sunday’s cases are a marked drop from the 139 on Saturday and the second-worst day since the outbreak in the country a month ago.

With 725 COVID-19 cases in the Colombian capital – almost half the national total – the city has been in lockdown for more than two weeks to flatten the curve. Coronavirus cases have also been climbing in Cali, departmental capital of Valle del Cauca, confirming the second-highest number of infected patients in the country with 196, and the department of Antioquia with 172.

According to the Ministry’s bulletin, three additional patients recovered from the virus putting the national tally at  88.

Based on the John Hopkins University’s COVID-19 tracker, Colombia with 1485 cases ranks close to Iceland with 1486 cases.

On Saturday, the country’s immigration authority, Migración Colombia, facilitated a “humanitarian corridor” along the Simón Bolívar International Bridge that unites Colombia and Venezuela, and which has allowed an estimated 600 migrants return to their country.

Migración Colombia organized overland transportation from Bogotá to Cúcuta in 20 buses as part of the voluntary return of families. Venezuela has 155 reported cases of COVID-19 according to John Hopkins.