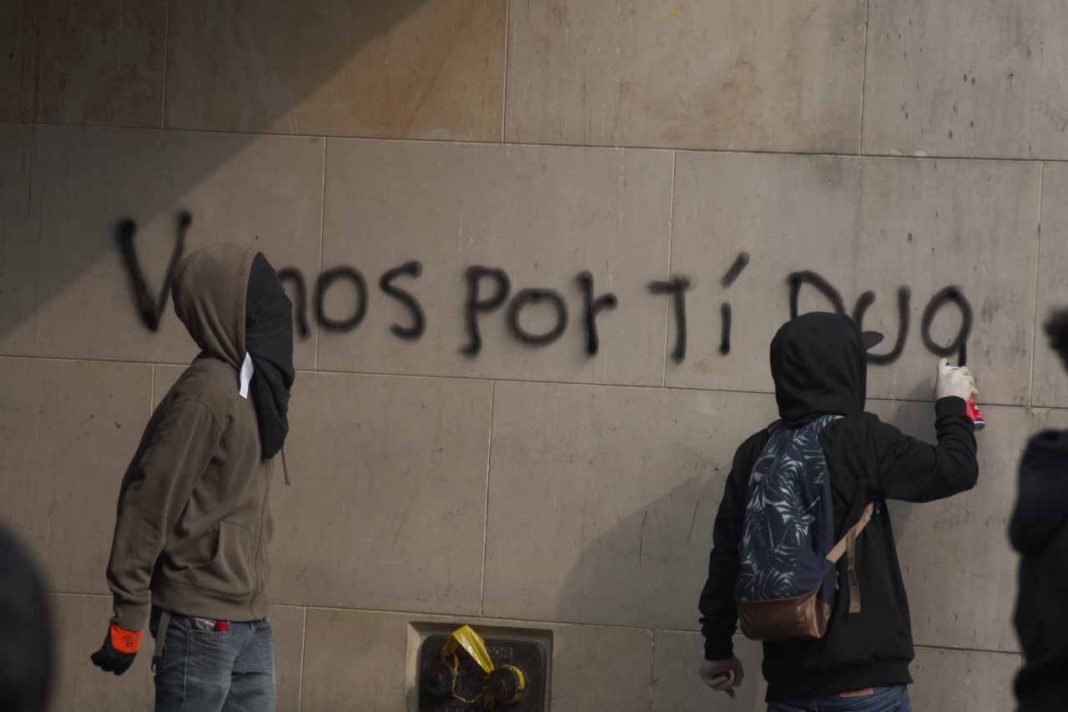 The street marches that began early in the morning in locations throughout Bogotá, and in the aftermath of widespread rioting, began gathering in the historic center at noon and accompanied by a theatre troupe, percussion ensembles and marchers draped in Colombian flags, many waving the tricolor upside down in a sign of protest.

As an estimated 5,000 demonstrators occupied Plaza de Bolívar in the rain, a group of demonstrators broke through the metal barricades that line the front of Congress, tearing at protective lining and defacing the façade.

3:20 pm. Given an imminent threat that vandals would charge the Capitol while an afternoon session of the plenary was taking place, lawmakers evacuated the building as Bogotá’s Government Secretariat Luis Ernesto Gómez called for calm and attempted to dissuade vandals from committing further violent acts.

The demonstration was met with teargas fired by the police’s anti-riot squad ESMAD.

By 4:00 pm with the closure of Bogotá’s mass transit system TransMilenio, thousands of workers grappled with mobility gridlock and are walking to their homes before the start of the 8pm health emergency curfew.