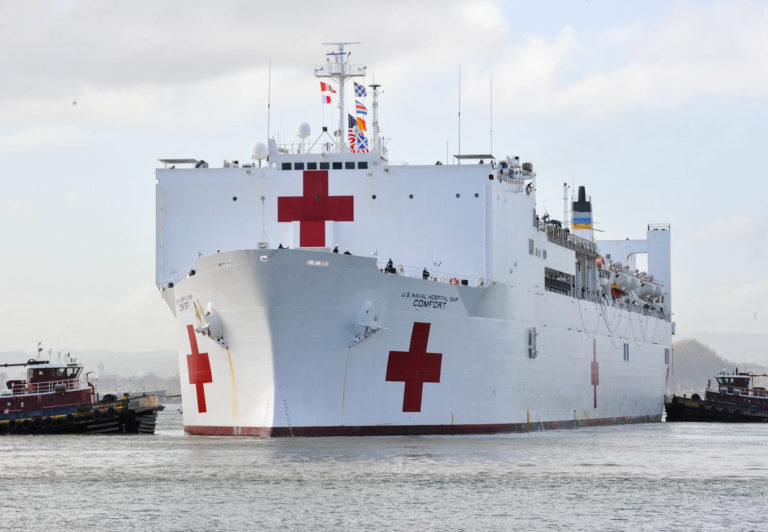 The USNS Comfort ship is heading to two ports in Colombia – Riohacha in La Guajira and Turbo in Antioquia – to provide medical assistance to vulnerable populations, including Venezuelan migrants fleeing the regime of President Nicolás Maduro.

“It is an absolutely a humanitarian mission. We’re not sending soldiers; we’re sending doctors. And it’s an effort to deal with the human cost of Maduro and his increasingly isolated regime,” said Secretary of Defense Jim Mattis, during a visit to Bogotá in August.

The hospital ship will dock in Colombia as part of its 11-week ‘Enduring Promise’ mission to the hemisphere, and which includes ports of call in Esmeraldas, Ecuador; Peru (port to be determined); and Puerto Castilla, in Honduras.

This is the sixth mission of the USNS Comfort to South America since it was deployed on a similar humanitarian mission more than a decade ago. The hospital ship has visited 18 nations in the Caribbean, Central, and South America with its crew of military doctors, dentists, nurses, and civilian volunteers.

The medical team expects to treat some 750 patients and perform up to 20 surgeries every day.

Under the command of Miami-based SouthCom, Comfort and its sister ship USNS Mercy, are the largest hospital ships in the world and come equipped with surgical and post-surgical rooms, a CAT scan unit, four X-ray machines, a dental suite, an optometry lab, a physical therapy area, two oxygen-producing plants, and a 5,000-unit blood bank.

After the destructive earthquake near Port-au-Prince, in Haiti in 2010, Comfort was deployed to the Caribbean, where it supported the large-scale disaster assistance mission under the leadership of the United States Agency for International Development (USAID), treating more than 870 victims seriously injured and performing about 840 surgical interventions.