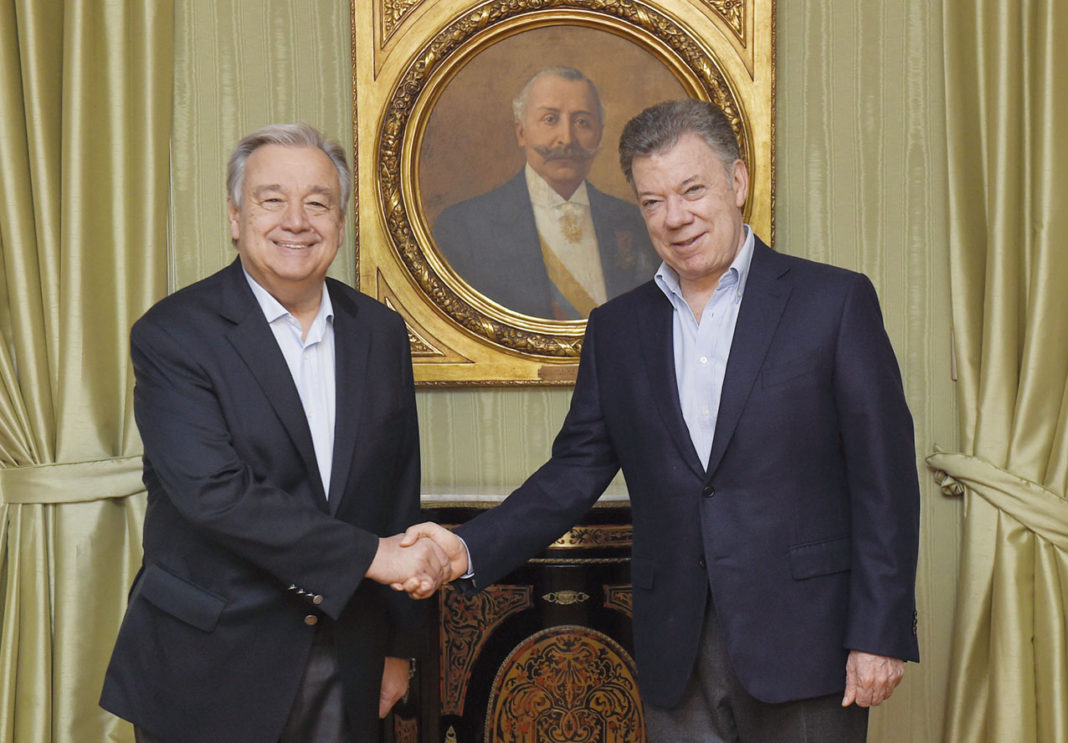 The United Nations Secretary General António Guterres has begun his first official visit to Colombia as the head of this international organization. The visit by the Portuguese diplomat comes at the end of a critical week in the peace negotiations with this country’s last remaining guerrilla organization, National Liberation Army, known by its Spanish acronym ELN.

Peace talks between the 4000-strong Marxist rebels and the Colombian government were abruptly suspended Wednesday, January 11, after the ELN attacked an army garrison in the department of Arauca killing a soldier and then detonated an explosive on the country’s main oil and gas pipeline Caño Limon Coveñas. The attacked occurred hours after a 102-day bilateral cease-fire ended. Formal peace talks between the government of Juan Manuel Santos and ELN began in Quito, Ecuador, in February 2017.

Guterres’ visit is the first to a post-conflict Colombia. His predecessor, Ban Ki-Moon, presided over the signing of the final peace accord between the Revolutionary Armed Forces of Colombia (FARC) and Colombian government in a ceremony in Cartagena on September 26, 2016.

The Secretary General’s visit includes a meeting with President Juan Manuel Santos, as well as former senior commander of FARC, Rodrigo Londoño – best known by his wartime alias “Timochenko.” On Sunday, the diplomat will visit one of the guerrilla reintegration camps in the department of Meta and talk with demobilized FARC combatants.

From his headquarters in New York, the Secretary-General reiterated his support of the peace process with ELN urging both sides to restore the cease-fire despite the current “decrease in confidence.”