The attack Saturday by the Revolutionary Armed Forces of Colombia (FARC) guerrillas on a remote police post on the island of Gorgona, in Colombia’s Pacific waters was overshadowed by the ongoing military operations in the nearby Chocó department to secure the release of kidnapped General Rubén Alzate, along with four other captives.

Alzate who is the first general to be abducted by the FARC in this country’s half century-long conflict, was taken Sunday November 16th while traveling by boat along the Atrato River. Hours after his kidnapping by the FARC, President Santos abruptly suspended the peace talks in Havana, Cuba, with the Marxist organization.

FARC’s negotiator alias “Pablo Catatumbo” admitted during a press conference in Havana, that General Alzate along personal assistant, lawyer Gloria Alcira Urrego, were being held captive by their 34th front, and taken during a scheduled visit to Las Mercedes community. The guerrillas also stated that any immediate release would require the halt of all military operations in the region and that the five captives would be handed over to delegates from the International Red Cross. The FARC announced Monday that the release of two soldiers kidnapped last week in Arauca was currently underway.

While Colombians await the possible liberation this week of General Alzate, lawyer Urrego and three soldiers, the FARC this weekend launched a bold assault on Gorgona Island, arriving in dugouts and storming the police post where 15 security agents were based. Lieutenant John Álvaro Suárez, 24, died during the attack.

The island of Gorgona, located 35 kilometers west from the coast of Nariño department, is a remote and pristine island, which housed until 1985 Colombia’s most notorious prison colony and home to rich biodiversity.

As one of Colombia’s National Parks, Gorgona receives its share of foreign visitors, as it is promoted as one of this country’s most pristine scuba destinations and an important bird and reptile reservation.

The privately owned Aviatur travel company operates Gorgona’s tourism facilities. During the attack on Saturday, two Swiss nationals were visiting the island, as well as 29 other persons including park rangers and travel operators. Gorgona can be reached from two of Colombia’s Pacific based ports: Buenaventura (Valle de Cauca) and Guapí (Nariño).

Gorgona was declared by UNESCO in 1984 a Patrimony of Humanity site given its unique island ecosystem. On Monday, Aviatur’s President Jean Claude Bessudo announced that his company was suspending all tourism operations with Gorgona island and Colombia’s National Parks entity, Parques Nacionales Naturales de Colombia (PNN), also announced that is was halting all entrance permits for visitors to this volcanic island.

Two Swiss nationals were visiting the island when the FARC attacked, and were able to leave the area safely. According to Admiral Pablo Emilio Romero, of Colombia’s Pacific Fleet, the FARC fled to Iscunadé in the Nariño department after attacking Gorgona. 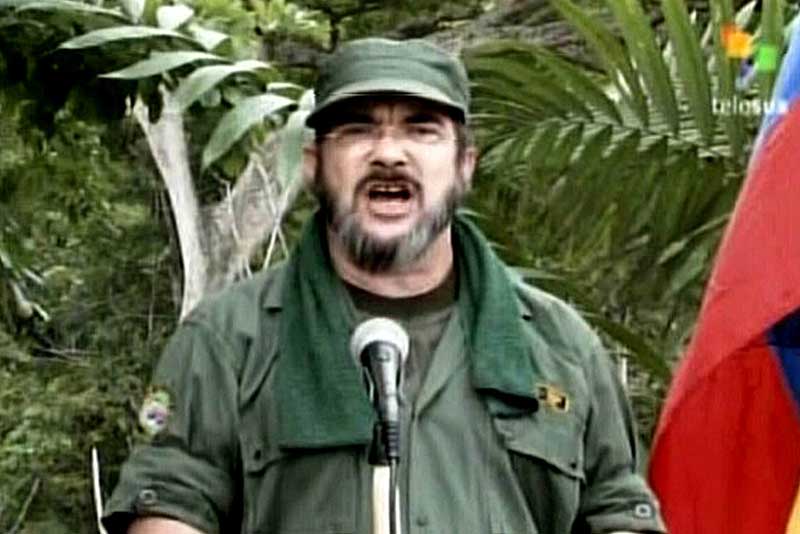