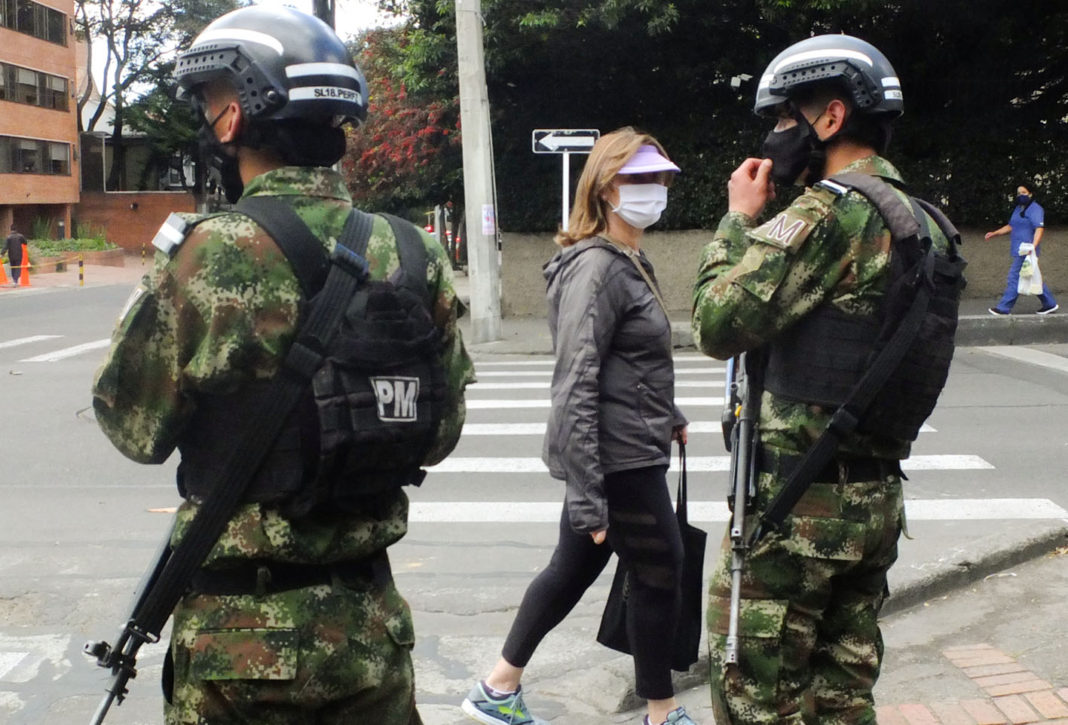 An estimated 1,500 members of the Military Police are out on the streets in five Colombian cities (Soacha, Cali, Cucuta, Barranquilla), including the capital Bogotá, after mayors petitioned the Ministry of Defense for additional help in curbing urban crime.

The Military Police is accompanying the National Police in neighborhoods with high levels of muggings, assaults and homicides. The patrols include identity checks, random searches and security patrols inside Bogotá’s mass transportation system TransMilenio. In Bogotá, military support is being backed by 500 soldiers of the XIII Brigade. In the coastal city of Barranquilla, departmental capital of Atlántico, 262 soldiers from the Second Brigade are also assisting police in patrols.

Cali, Colombia’s third most populated city, was the worst affected by food shortages, excessive vandalism and violent confrontations during three months of the national strike. As the capital of Valle del Cauca slowly restores order in the aftermath of the destruction generated by Paro Nacional, an additional 500 soldiers are expected to boost security alongside an existing 360 members of the military and 2,900 police.

Bogotá Mayor Claudia López has come under criticism for having turned-away an offer of “military assistance” by the government of President Iván Duque during the social protests of the Paro, while accepting, last week, “military accompaniment” from Defense Minister Diego Molano. Although both terms sound similar, they are different given that the first is constitutionally sanctioned to deal with civil unrest, while the latter, is a part of long-standing cooperation agreements.

According to the Mayoralty, the most unsafe localities in Bogotá are Kennedy, Bosa, Ciudad Bolívar, Rafael Uribe, Usaquén and Los Mártires. The Army has also set up check points at all the strategic entry points to Bogotá, including Calle 80, Calle 13, AutoNorte and AutoSur.

Urgent tasks by the Military Police include civilian disarmament, from illegal firearms to blank guns, knives and other traumatic weapons. Among the harshest critics of the way crime is being tackled by local administrations is former two-term President Álvaro Uribe Vélez. “I see that the Mayor of Medellín (Daniel Quintero) is not interested in security, and the Mayor of Bogotá (Claudia López) is distressed, but does nothing. Bogotá needs a mayor who is with the police every day, in one location or another,” stated Uribe during a virtual forum with youngsters of his Centro Democrático party. Medellín, so far, has been excluded from the military accompaniment. The right-wing leader went as far as to state that if he were President, he would “take control of security in Bogotá and Medellín.”