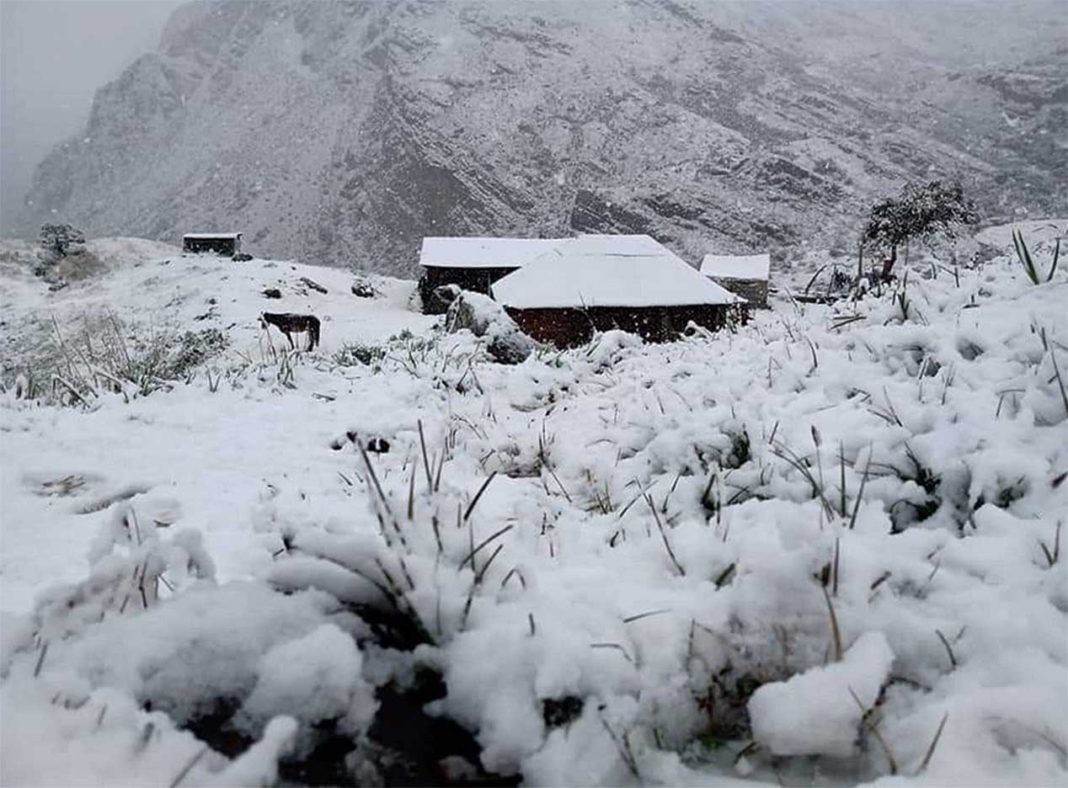 One of Colombia’s largest national parks, PNN El Cocuy, has received more than a week of snow in January despite the start of verano – summer – across much of the country. The snowfall has blanketed in white the park’s famous peaks, including Pan de Azúcar at 5,120 meters above sea level and table-top outcrop Devil’s Pulpit at 5,100 meters a.s.l.

A destination for experienced hikers and mountaineers, PNN El Cocuy covers 306,000 hectares of two departments – Boyacá and Arauca – and acts as a natural frontier with the oil-rich Venezuelan lowlands. The area is home to the U’Wa indigenous peoples and rural communities dependent on traditional farming.

The impact of global warming during the last decade has accelerated the melting of El Cocuy’s glaciers and watershed for the many rivers that flow across the Orinoco and Amazon basins. The arrival of snow has been welcomed by locals as Nature’s way of revitalizing the ice sheet, high altitude wetlands – páramos –  and mountain trails months ahead of the Easter holiday when tourists visit the Gutierréz province and whose largest town, Güicán, serves as the main entrance to the park.

The intense snowfalls, according to the Institute of Hydrology, Meteorology and Environmental Studies IDEAM, are being caused by vast swathes of humid air sweeping across the Amazon and which are cooling in the highlands of the Eastern Cordillera and freezing above 3,800 meters. The snow has also inspired farmers to take to social media and share stunning images with the world, one Yeison Andrés Álvarez @Yeison-Andres16, stating proudly on Twitter: “This is not Alaska, it’s Güicán, Boyacá!”