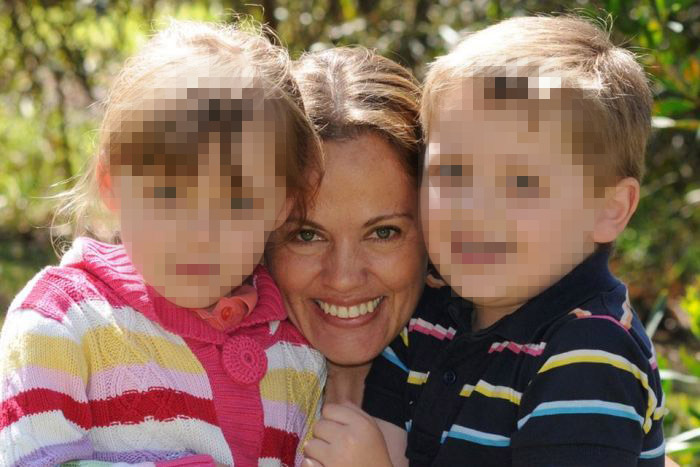 On Monday morning in a suburb in north Sydney, Australia, officers of the North Beaches Police attended an emergency on Sir Thomas Mitchell Drive. Inside the home, the officers found the four members of a Colombian family – María Claudia Lutz Peña, 43, Fernando Manrique Escallón, 44, and children Elisa 11 and Martin 10 – dead.

Manrique Escallón studied at the all-boys school Gimnasio Campestre and earned his MBA at Macquarie University before joining Fuji Xerox Australia. He was appointed executive director of the logistics company Drake Business Services Asia in 2012.

According to Australia’s ABC news network, the superintendent described the incident as a “tragic” and “horrific thing” as “both children suffer a significant disability”.

Elisa and Martin were deaf and autistic. In an April 2 Facebook post María Claudia Lutz writes: “April is Autism Awareness day. People with Autism have the needs and desires as you and me but they just see life in a different way. They think freely.”

Lutz goes on to say: “Today we celebrate their life and we try to educate our society to be caring and patient with those with Autism. My kids have thought me that giving small steps will take me to where I want to go and I will enjoy the journey even more.”

The children attended St Lucy’s Catholic School in Wahroonga, and María Claudia and Fernando, according to the police statement, “were held in high regard in the community.” According to the Herald Sun, Elisa and Martin were described as “artistically accomplished.”

Warren Hopley, principal of St.Lucy’s addressed the media Monday expressing shock and sadness for the loss of Elisa and Martin. Hoply said María Claudia Lutz was devoted to her children and “a constant source of inspiration.” María Claudia worked as a volunteer for the special needs school. On Monday, Lutz didn’t turn up for her regular canteen duty.

“Since coming to Australia they’ve made a significant contribution to how we live, they’ve done a fantastic job,” Darcy is quoted by ABC news. “We’re gradually working our way through a very tragic circumstance to get to the bottom of it,” said the superintendent. “This is a very serious investigation, two young children have died, and two adults.”

The couple, originally from Bogotá had lived at their north Sydney home since 2005, reports the Daily Telegraph newspaper.

Colombia’s Ministry of Foreign Affairs is attending this difficult situation with family members in Bogotá.

Friends of the family in Colombia have set-up a prayer group on social media.

A source close to Lutz, who wished to remain anonymous, told The City Paper Monday that the relationship between the couple was “at times very tense due to the stress of bringing-up the children.” The source could not confirm that María Claudia was filing for divorce, as well as custody of her children as Fernando “had become very distant” and she felt “very alone.”

Lutz was last seen on Friday picking-up her children from St.Lucy’s School.

The causes of death have not been revealed yet by the Australian authorities until all autopsies are completed. The bodies, along with the dog, did not show any signs of injuries, writes The Sydney Morning Herald. Forensic officers wearing gas masks and reading measurements from handheld meters were seen entering the family home.

The coroners have not ruled out a family-pact suicide.